Thank you for the passion! 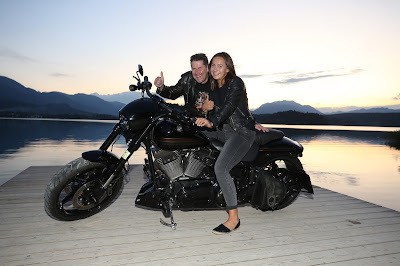 First and foremost: This is fortunately no "orbituary"! At least not for somebody who has died. However, for all german-language journalists as well as International journalists like myself, Rudi Herzig of Sassenbach GmbH, the long-time press and PR-agency will no longer act as "rock, heart and soul" of Harley-Davidson's Press Service! Which certainly is sad news, to put it mildly. Effective August 31st 2021, "Sassenbach Advertising" has been "given the boot", likely for cost considerations – as other reasons to kick a 25+ years Harley-experienced specialist seems unthinkable. Rudi Herzig, who has also served the job with former PR-agency of Knut Briel, has been THE authority on delivering and translating the Harley-Davidson press news, however restricted he was on what was allowed to be published. Especially in getting up-to-date background information and historic images, features an contacts, Rudi was highly engaged to get the desired images and information, no matter how long it would take and how difficult these information could be dug out! 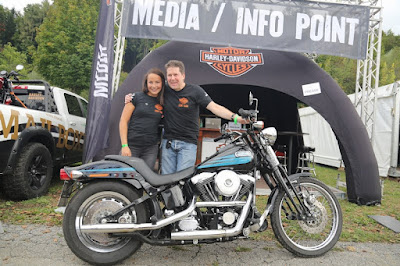 One of the people working "in the background", Rudi never stepped out anywhere in front, always honouring his co-workers, humbly staying in the shadow, but super-efficient in terms of speed and knowledge, let alone his connections to the Harley-archives and ever-changing Harley-staff and management in the USA. Rudi Herzig was the solid rock in a time of changes and often unpredictable developments. It was hard to catch him with the camera, but this IS the time and date to thank him for his dedicated, passionate and (yes!) enthusiastic work for Harley-Davidson and us, the journalists. 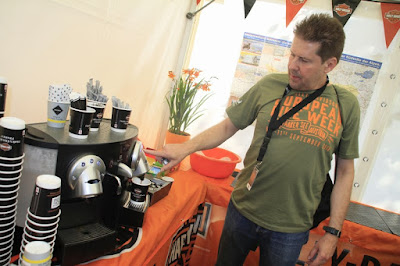 Thanks for your help, support and countless coffees
you've made for us at so many events!

While Rudi, thanks to his other qualifications, remains in the job with Sassenbach Advertising, but future press work with Harley will not be the same without him. Thank you for the past 25+ years of your work. The least I can say: My work would not have been possible in this way without you. Good Luck from me – and likely many other german (and international!) language journalists!