The Krauts are riding again: 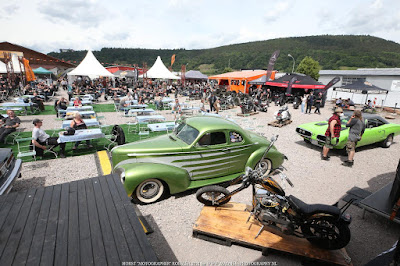 17 Days of testing the new Harley-models and party again! 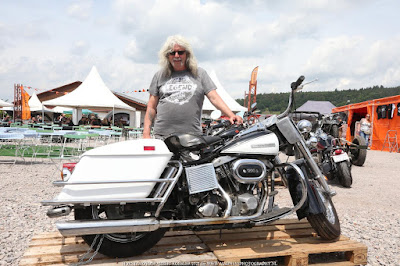 Christoph "Chicken" Repp with one of the bikes from his "classic" collection.
With a solid one and a quarter year in "Corona" mode and "locked down" for more than half a year, Saturday June 12th witnessed an almost surreal scene in Grossheubach/Franconia, situated somewhat on the state line to Hessen and part of what was one of the german states raising the strictest Corona limitations. Hundreds, through the weekend thousands of bikes arrived from surrounding states and counties to one of the first biker-meetings allowed on Bavarian soil: The Harley-Davidson Würzburg-Village "Chicken Run". 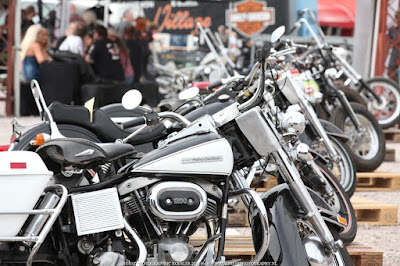 It was a huge risk to plan a massive event of this scale – especially with the conservative state government of Bavaria acting as the "toughest" Corona-fighters of Germany – but it finally did pay off! Insiders and customers of HD Wuerzburg know the event for year and know the route. Few outsiders know that Christoph "Chicken" Repp, owner of HD Wuerzburg Village at Hettstadt outside Wuerzburg also owns a stylish and popular noodle manufacturing business at Großheubach, just outside the scenic middle-age jewel of Miltenberg on the Main river, at this route dividing the hessian "Odenwald" forest from the Spessart mountains, both home of many fairy tales. The event has been staged for many years, but the 2021 version is somewhat special: Lasting 17 (!!) days and including daily Harley-Davidson Demo Ride tours from Hettstatt to Großheubach and back - an approx. 120+ km round trip through some of the most scenic (and empty!) motorcycle roads Germany can offer! June 11th to 13th, the party started with several HD Wuerburg partners being present, namely exhaust specialists Dr. Jekill & Mr. Hyde, Kess Tech, handlebar manufacturer "Custom Hands" and Hamburg's Leather craftsmen "Sir Leder Michel". 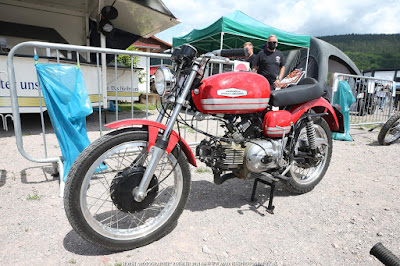 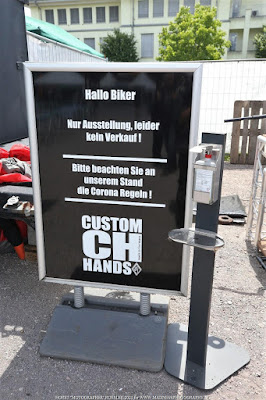 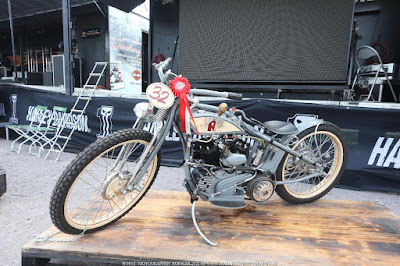 HD Wuerzburg Custom with rare 1932 race motor.
With only 500 visitors allowed "on site" during the day – and the same amount to be seated for the nights AC-DC cover band, the place was never "packed", but a steady stream of visitors came and went all day, thanks also to the great riding weather. Repp had exhibited some of the "classics" and also custombikes from his outstanding collection, US-Car visitors added to the event riding into the well-prepared eventside. As "check-ins" by local authorities were to be expected, everybody was eager to fullfill the given rules and regulations, no matter how surreal they sound anyway in a time when the infection rate is hitting summer-bottom again. 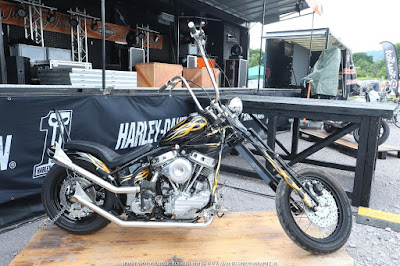 Rebuild from parts: One of Christoph's first Custombikes! 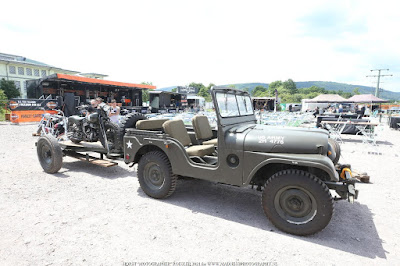 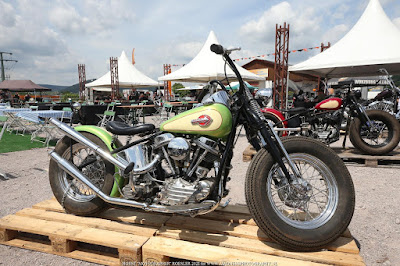 "I was hoping for the best, but was prepared for the worst too", stated Repp, who invested big into the event, which is surely setting standards, "and the superb discipline of the visiting bikers helped the event team to keep everything under control!" By any chance, the excitement of the visiting bikers was huge – few would have expected to see such an event so early in the year – and by the time of writing, it is still going on! 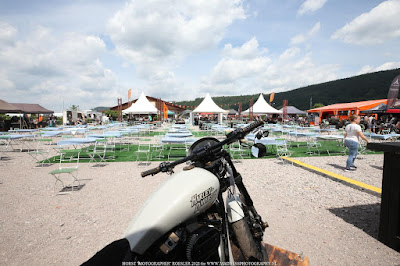 The site is ready to welcome the visitors! According to bavarian Corona regulation, concert seating had to be different than the days version! A regulation nightmare! 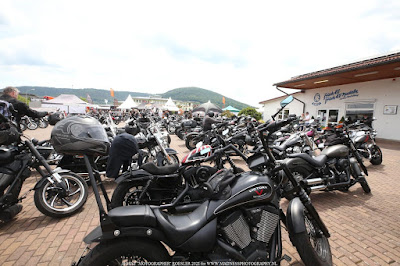 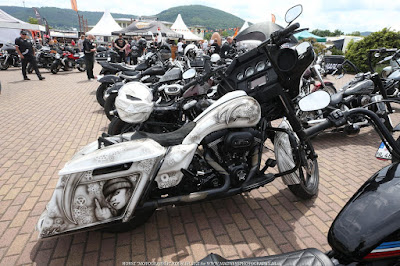 So if you are passing Germany somewhere along the A3, check out Hettstatt or Großheubach on your map – or look into the websites www.hdwv.de or www.repps-frischeinudeln.de to find your way! Demo rides start and end at Hettstatt which is just off Autobahn A3, exit Helmstadt. If it's on your way, the Harley Wuerzburg dealership is always worth a visit - don't be "chicken"... 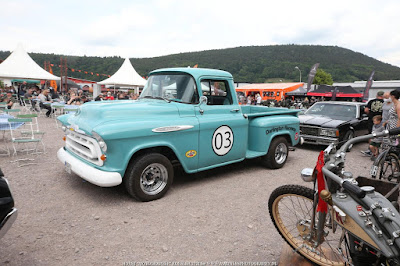 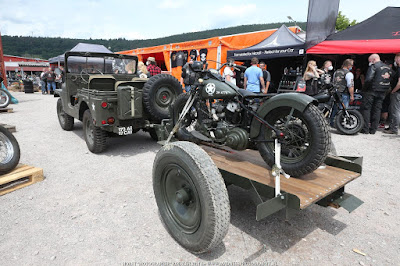 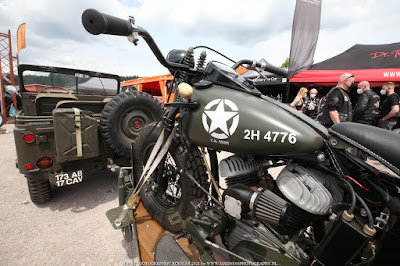 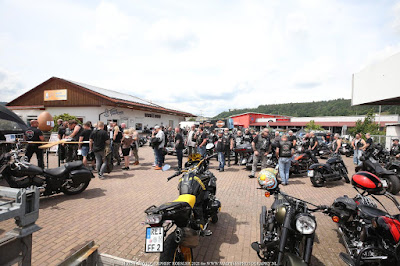 Early afternoon, the lines to sign in (according to the ... rules...) grew longer, but never too long! 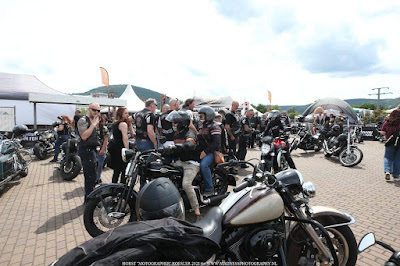 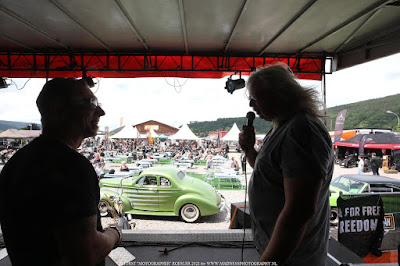 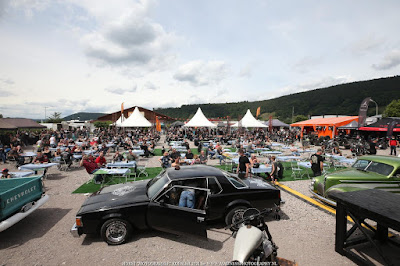 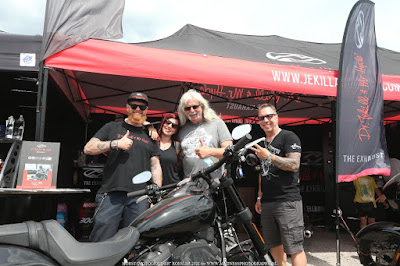 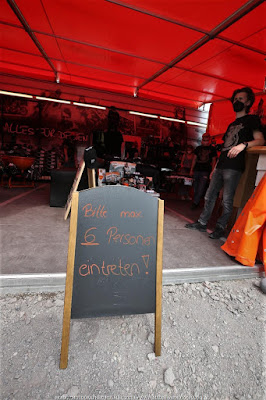 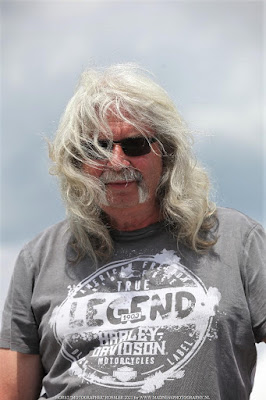 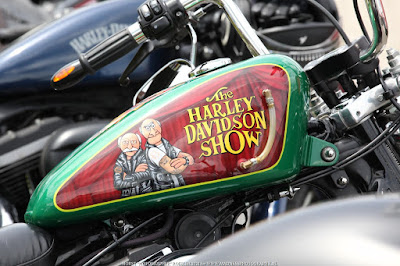 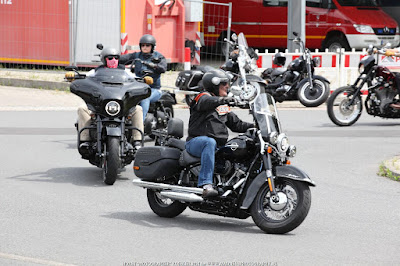 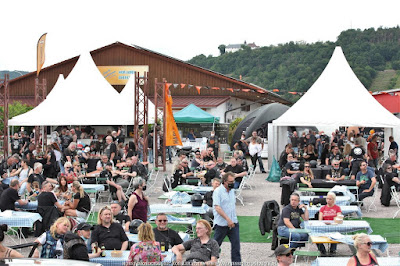 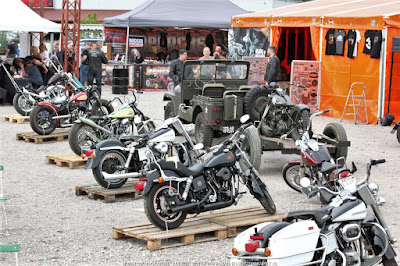 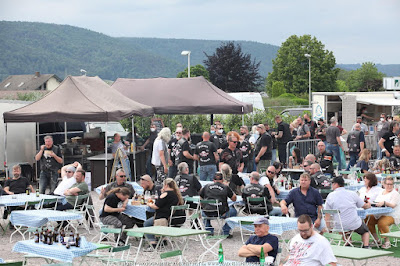 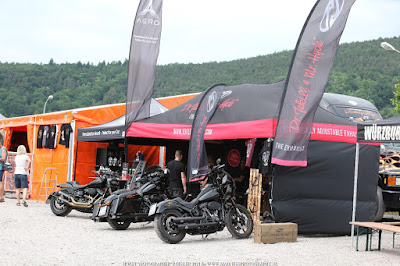 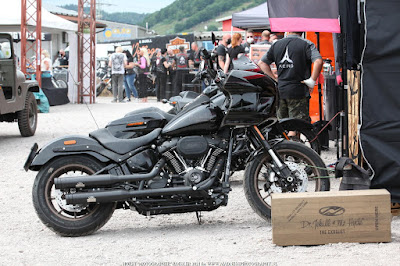