Harley Takes a One-Two at Second King Of The Baggers Round
If Kyle Wyman felt under any pressure going into round two of the 2021 King Of The Baggers 3-race series, it didn't show as he managed to channel it into giving the H-D Screamin' Eagle factory team its first series win after his second place to the S&S/Tyler O'Hara Indian Challenger at Road Atlanta. 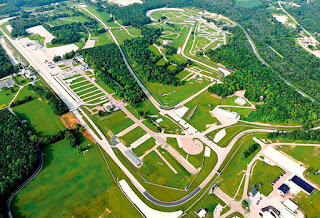 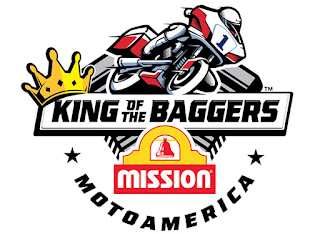 "It's amazing," Wyman said. "There was (Harley-Davidson's) Bill Davidson congratulating me in victory lane, and the who's-who of the Motor Company was here to see it. I think they gave away 200 tickets to employees this weekend. There were people that came out specifically just to watch this race - so to get it done here in Harley's backyard is just an incredible feeling.
"Those guys deserve it. They work so hard. Harley has put a pretty large number of people on this project full-time. They were told, look, this is racing. You don't punch out at 5 o'clock. Those guys are putting in the hours and putting in the extra time, and it's all paying off. It's amazing also to have my brother finish second."
It wasn't a day of unalloyed joy for Wyman though - later that same day he broke his left arm, crashing while running seventh in the 12-lap MotoAmerica HONOS Supersport Race Two, going into the chicane on his Panera Bread KWR Ducati Panigale V4 R. Wyman was placed eighth in the Supersport championship table for the season so far before crashing and will likely now need surgery.

Following this second round of the three-race KOTB series, Wyman leads the standings, ahead of Vance & Hines' Hayden Gillim in second, and Frankie Garcia third on the Roland Sands Design Indian Challenger.
The next MotoAmerica race is June 25-27 at Ridge Motorsports Park in Shelton, Washington. The third and final round of the King Of The Baggers series will take place July 9-11 at WeatherTech Raceway Laguna Seca.