S&S Cycle is backing both the Bagger racing series that are planned for 2021 - with contingency available for racers in the three events of the 2021 RoadAmerica King of The Baggers series, and at the Drag Specialties Bagger Racing League races. 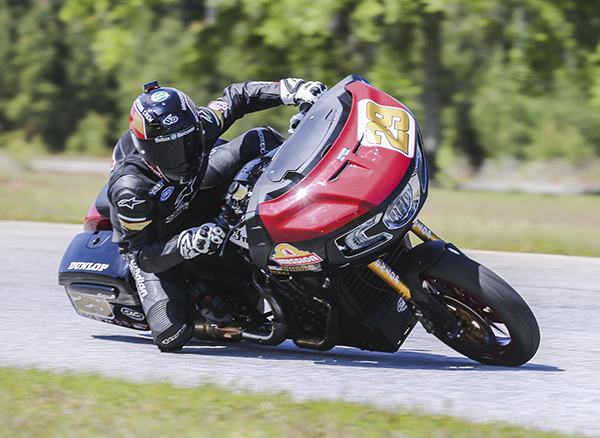 The three MotoAmerica races are slated for Michelin Raceway Road Atlanta (April 30-May 2), RoadAmerica (June 11-13) and WeatherTech Raceway Laguna Seca (July 9-11).
The Drag Specialties Bagger Racing League will be staged at the Utah Motorsports Campus, near Salt Lake City, June 25 - 27th; it is possible that two further BRL race dates and venues will be announced in 2021.
The S&S contingency program, which applies across the races in both series, has over $30,000 at stake with payouts down to third place - for riders of both Indian and Harley touring models.
For those using the custom race exhaust that S&S is building (one for each platform) for the entire 2021 KoTB or BRL season, there is $3,000 available for a race win; $2,000 for a second place and $1,000 for third.
The usual other sponsorship requirements apply, such as unobstructed/visible S&S exhaust logos, an authorized S&S upper arm leathers patch and a 3" S&S sticker on the fairing or saddlebags - S&S factory racers are excluded.
S&S is also offering a Big Bore Bagger Bonus - qualifying racers who place in the top three at any of the BRL or KoTB races who run an S&S big bore kit and cam chest will receive a bonus check.