In what it has described as an "aggressive EU tariff ruling," Harley-Davidson, Inc. says it has received notification from the Economic Ministry of Belgium that, following a request from the European Union (EU), the company would be subject to the revocation of Binding Origin Information (BOI) credentials, effective April 19, 2021.
Harley-Davidson says it will be lodging an immediate legal challenge to this decision.
"Since 2019, the company has operated with BOI regulatory credentials, allowing it to supply its EU markets with certain motorcycles produced at its international manufacturing facilities at tariff rates of 6%. 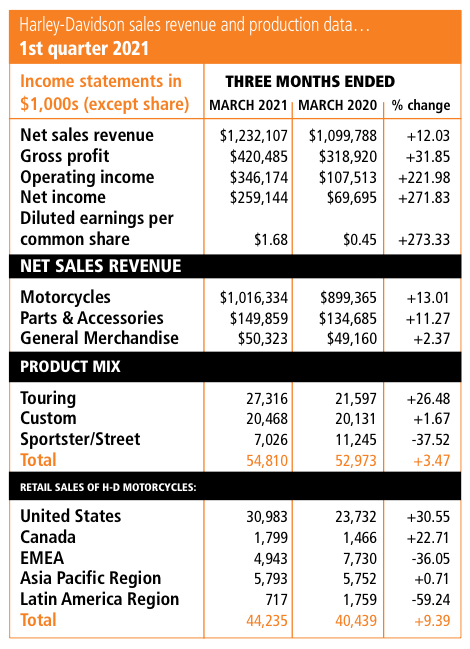 "The EU's new ruling will apply to the entire Harley-Davidson product portfolio and will effectively prohibit the company from functioning competitively in Europe. From June 2021, all Harley-Davidson products, regardless of origin, will be subject to a 56% import tariff within the EU."
European OEMs, including motorcycle manufacturers, will continue operations with significantly lower import tariffs to the U.S., ranging from 1.2% for up to 800 cc products to 2.4% for over 800 cc products, and with automobiles at 2.5%.
Jochen Zeitz, Chairman, President and CEO of Harley-Davidson, stated: "This is an unprecedented situation and underscores the very real harm of an escalating trade war to our stakeholders on both sides of the Atlantic.
"The potential impact of this decision on our manufacturing, operations and overall ability to compete in Europe is significant. Imposing an import tariff on all Harley-Davidson motorcycles goes against all notions of free trade and, if implemented, these increased tariffs will pose a targeted competitive disadvantage for our products against those of our European competitors."
This news release was issued by Harley at 6:30 a.m. on April 19 and in guidance notes that accompanied it, the company said that "notification was received from The Director General of Economic Analysis and International Economy, Federal Public Service Economy (the Economic Ministry of Belgium) at the request of the European Union, that pursuant to the Implementing Decision (EU) 2021/563 of the European Commission of March 31, 2021, Harley-Davidson would be subject to the revocation of the Binding Origin Information (BOI) credentials by the Belgian Economic Minister effective April 19, 2021.
"In 2018, the European Union placed a 25% incremental tariff (31% total tariff) on motorcycles imported into the European Union from the U.S., including Harley-Davidson motorcycles. This tariff became effective June 22, 2018. The tariff is scheduled to increase to a 50% incremental tariff (56% total tariff) effective June 1, 2021. 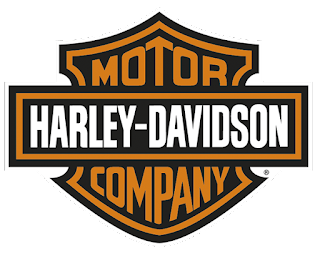 "Harley-Davidson remains committed to free and fair trade and is focused on ensuring it remains globally competitive in the interests of its stakeholders and is committed to ensuring its customers around the world have access to its products."
Any available update on this story will be published online in the AMD May Digital Edition, and CustomWEEK newsletter/blog edition next week (and subsequently in the AMD May Print Edition), along with a full report on Harley's Q1 results.
In brief, however, it looks like Harley's financial fortunes are somewhat on the mend, with Motorcycles and Related Products segment revenue up by +12 percent "amid strong retail demand for Touring motorcycles."
Though it has to be remembered that, as with all manufacturer and wider market data we'll be seeing in 2021, the picture is distorted by lapping the sometimes quite dreadful pandemic driven data seen in 2020 - so context is important in making any real judgement on Harley's progress.
Global retail motorcycle sales in the first quarter were up +9%, "driven by very strong Q1 U.S. retail growth over Q1 prior year. EMEA retail sales declines were impacted by continued COVID lockdowns, the company's decision not to continue selling Street or Sportster motorcycles in Europe and shipping delays brought on by the pandemic.
"In Latin America, retail sales were impacted by the reduction in dealers and pricing actions across the portfolio, which were executed as part of the Rewire strategy.
"Significantly improved Motorcycle segment gross margin and operating margin were driven by favorable mix following the Rewire product portfolio adjustments, lower sales incentives and reduced SG&A. HDFS, Harley's Financial Services segment, saw Q1 2021 operating income growth of $96m over Q1 2020 - driven by a favorable adjustment to the provision for credit losses."
Cash flow from operations improved in Q1 (up $171m over Q1 2020) and as a result of the improvements Harley is increasing its 2021 full-year guidance on Motorcycle segment revenue and Motorcycle segment operating margin - "assuming the company is able to mitigate additional EU tariffs and Financial Services segment operating income."