"Something that I'm pretty adamant about, because I've raced all my life too, is to see that the Pro Fuel racers know what to expect," said Vickers. "Hey, there might be only two here, only four there, but it costs the racers just as much money, just as much time off, and they are going to have just as much stuff break as if there's eight or twelve bikes.
"The racers that show up have done their part, and I'm gonna do my part to see that they're rewarded. So, if two bikes show up, one of them's gonna be the winner, and they're gonna get the full $1,200 winner's purse."
Runner-up is guaranteed $600, with $300 for semi-finalists and $200 for quarter-finalists, based on five or more entries. 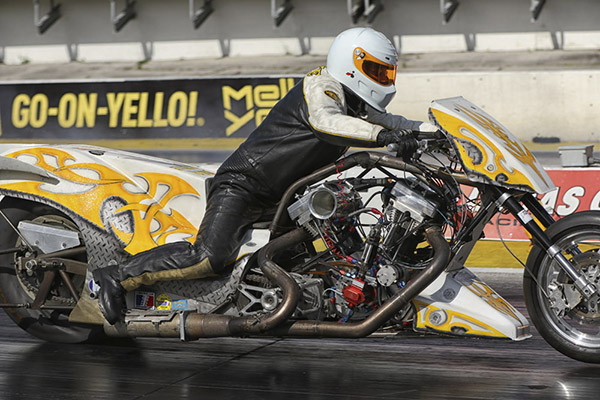 "When Bill Rowe announced he was buying AHDRA, I said 'Well, put Hawaya on the carburetor class.' So that was a fast deal and a done deal and boom, we're off and running.
"It makes sense for us to go back now and offer more support for the AHDRA. We're trying to help grow the sport and help the racers as well."
That help will also extend to Nitro Funnybike, formerly called Pro Fuel. Vickers and Rowe both feel that until class participation develops, Nitro Funnybike is better off run with a purse scaled to the number of entries. But having a major sponsor like Hawaya shows that both are committed to building the class to a solid future.
The AHDRA all-American motorcycle drag racing series kicks off its second season under the stewardship of Rowe on April 17-18 at Atlanta Dragway, followed by May 22-23 at Cecil County Dragway, June 4-6 at Rockingham Dragway, June 19-20 at National Trail Raceway, August 8-10 at Sturgis, September 17-18 at South Carolina Motorsports Park (eighth mile), October 1-3 at Summit Motorsports Park (Norwalk), and November 6-7 at Gainesville Raceway, with a regional event April 30-May 1 at Darlington Dragway. 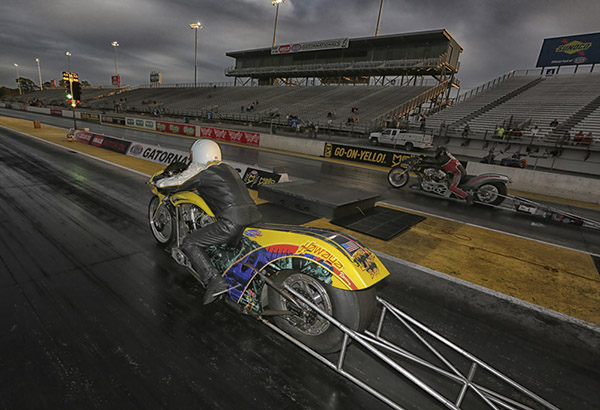