The 2021 Biltwell People's Champ
Conceived by the editors of Showclass magazine, The People's Champ Motorcycle Show was devised in order to "shine a light on the unsung heroes of custom motorcycle culture."
Biltwell were supporters of Showclass magazine's efforts since the beginning, and event guru Mike "Otto" Deutsch told AMD: "Showclass was a chopper 'zine that hailed from the East Coast and got its start about ten years ago.
Part of the little magazine's allure was its ability to promote underground builders, and from that sprang their People's Champ Show.

"Hosted for the first time in 2013, The People's Champ bike show gave garage tinkerers 15 minutes of fame by tempting everyone who participated with a chance to win a spot at the esteemed Born-Free Show. Voting took place online, and the finalists made their way to California for one last vote by attendees at a pre-party the night before the big show."
After the magazine folded in 2017, Biltwell took the reins completely. For the 2020 edition of The People's Champ Bike Show, Biltwell whittled down early contestants via online voting as per tradition, but when the coronavirus forced the cancelation of Born-Free last summer, organizers switched gears. With in-person voting at Cook's Corner, the famous Orange County, California Biker's Bar, rendered impossible, show organizers switched to an all online affair and opened voting for the big winner to the entire world.
When the virtual dust settled, the people crowned Steve "Part Timer" Glennon from Denver, Colorado, the 2020 Biltwell People's Champ and awarded him the $10,000 cash grand prize that comes with the honor. 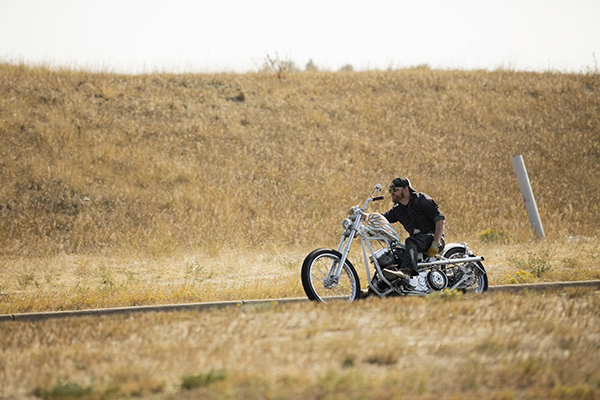 Bill told AMD that Biltwell are doing it again this year. "We have already selected 13 semi-finalists from nearly 200 early entries. While all makes and models are welcome, the bikes typically feature Harley-Davidson lineage. Regardless of make or model, every bike from this year shares one common trait: a ton of style."
You can follow social media channels as People's Champ and Biltwell document all of the builders and their bikes. The men (and one woman) semi-finalists must complete their bikes in time for this year's summer deadline.
The criteria for eligible bikes are simple: every bike has to run, and every builder has to take his custom machine on a 50-mile ride before voting occurs at Cook's Corner on the Friday evening before Born-Free 2021 which, at the time of writing, is slated for June 2021 at its usual Oak Canyon Ranch, Silverado, California venue.
In addition to the grand prize, every builder who makes the cut will receive $1,000 and bragging rights. Metzeler Tires and Russ Brown Motorcycle Attorneys along with a hand-picked selection of grass roots-oriented brands are already lined up to sponsor this year's event.

To meet this year's builders and see their machines bloom online in real time, follow...
@biltwell_peoples_champ and @biltwell on Instagram.