Lignano Sabbiadoro (Udine,) Italy, 16th - 19th September 2021
For the second consecutive year, Biker Fest International (the 35th) has had to postpone from its traditional mid-May date to September (16-19). In these times when shows and events of any kind, anywhere, especially Custom Bike Shows, have become an endangered species, congratulations to Micke Persello and the Bikers Life team for pulling off what appeared to be the impossible - a delayed but ultimately hugely successful 34th Biker Fest International in September 2020, and they will be hoping for similar luck when they descend again on Italy's Adriatic Coast (north of Venice) later this year. 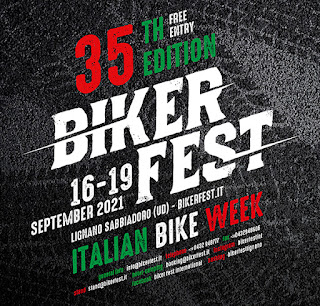 Having the passionate support of a loyal and enthusiastic attendance does help, of course, and last year regional authorities put the total crowd drawn by Biker Fest at around 90,000 people - a remarkable number under the circumstances. Italians love their motorcycle shows!
No doubt the organizers will be looking to repeat the four days of COVID-secure activities under rigid pandemic protocols that ensured their success last year, even if, by then, a significant percentage of Europeans will have been vaccinated.
Despite the impact that the pandemic could have quite reasonably have been expected to have on custom bike building activity, the standard of bikes in September last year was exemplary - and although, as I write, the arrangements for the next AMD World Championship of Custom Bike Building remain a case study in uncertainty, whenever the 'AMD' tribe is able to assemble next, the quality of custom design and engineering that will be coming out of Italy will be as high, maybe even higher, than ever.
The Custom Bike Show - the Italian Motorcycle Championship - had a new location in the center of the Luna Park Strabilia with about 100 custom bikes registered and coming from all over Italy and neighboring nations. 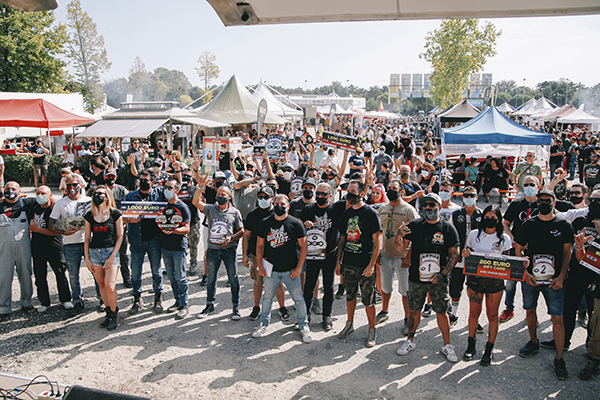 There were eight classes in total, and those that won a place at the next AMD World Championship included:
Moto Guzzi 850-T5 by Bepy Moto Service (Turin), Buell “Visione” by Debenedetti & Fiordi (Livorno-Brescia), BMW R65E (electric) by Freesound Customs (Pisa), and the H-D “Ghisarama” by Hazard (Bergamo), which took the Italian Motorcycle Championship and 'Best in Show' win.

Internationally respected former AMD stalwart Penz Custombikes (Austria) gave a debut to a new, refined Bagger called "Razzle Dazzle", and seven kilometers of track were dedicated to all off-road lovers with an Enduro, mini-Enduro and Scrambler Challenge - even garden tractor racing and mopeds had their moment! The track also saw classes and 250 and 450 cc bike rental opportunities from a flat track school.
More than 150 exhibitors of all kinds catered to all tastes and there were presentations from more than a dozen motorcycle travel, tour and adventure riding specialists - plus, of course, bands, American cars (over 400 for a 25th anniversary event), including V8s, and a Saturday evening parade through the streets of Lignano.
www.bikerfest.it
Posted by Onno "Berserk" Wieringa www.madnessphotography.nl at 17:26