Described as a realignment of its strategy for product launches, BMW Motorrad has announced that it will no longer exhibit at the two major international European trade fairs that it has historically supported from its head office corporate communications budgets - INTERMOT and EICMA. 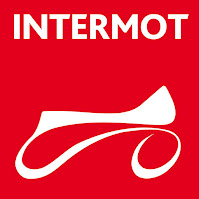 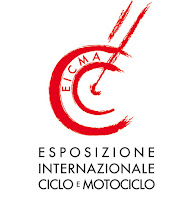 "New live and digital formats will increasingly take the place of traditional trade fair appearances at BMW Motorrad in the future. In particular, this means that the traditional commitments at the two leading motor shows EICMA in Milan and INTERMOT in Cologne, which were previously organised centrally by BMW Motorrad, will no longer apply.
"This realignment of the communication strategy for new BMW Motorrad products and offers includes in-house BMW Motorrad and BMW Group formats as well as external formats - both live and digital - taking into account the respective defined requirements of the different target groups and media genres." 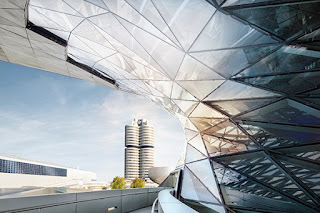 Dr. Markus Schramm, Head of BMW Motorrad, is quoted as stating: “Our strategic communication realignment in which we make use of increased live and digital formats will enable us to inspire even more people worldwide for BMW Motorrad products and offers in the future and to approach them in an optimally targeted manner.
"By using our own trade fair-independent live and digital formats, we cannot only time world premieres and product launches more flexibly, but it also enables more intensive interaction with all target groups as well as an increased information reach."
The company says that it will "continue to present its product range to visitors at selected regional motorcycle shows and will be open to new formats", but not ones where it would actually mean meeting, you know, people!
Ever since the tightening of the coronavirus lockdown in Germany was announced in January, there has been increasing industry speculation that many of the planned motorcycle events in the first half of 2021 could yet end up going the same way as most did in 2020, and that even an event slated for November, such as EICMA, was already looking vulnerable - and that was before this news threw a Molotov cocktail into the hen house.
Indeed, in announcing that it was severing its long-standing relationship with Garmisch-Partenkirchen for its annual BMW Motorrad Days celebration of all things "blue and white" - in favour of Berlin - the lack of a confirmed date (aside from a vague statement about the summer of 2020) appeared to presage uncertainty about that investment too.

As this INTERMOT/EICMA news started to circulate towards the end of January, there were two mutually opposing and competing perspectives doing the rounds - namely that this move either suggested that BMW would also abandon the planned Berlin event, or that it will step-up its Berlin plans for a mono-brand-fest at Berlin that gave it the opportunity to tightly regulate its messaging and brand presentation without competitive pressures to distract its disciples.