Burlen Celebrates Miss Shilling’s Orifice, 80-years after it saved the Merlin engine fitted to the Hurricane and Spitfire

Burlen Celebrates Miss Shilling’s Orifice, 80-years after it saved the Merlin engine fitted to the Hurricane and Spitfire

During battle the Merlin engine suffered temporary stalling when put into a steep dive, a problem which affected all Hurricane and Spitfire aircraft 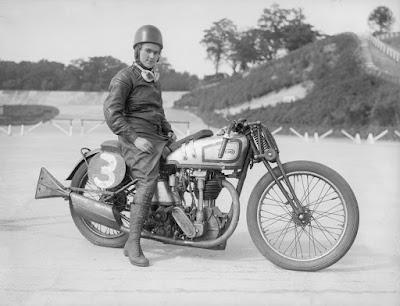 Skinners Union (SU) Carburetter Company is best known for its automotive applications but, during the Second World War, SU paused road car carburetter production to help with the war effort. This change of direction led SU to be successful in aero carburetion, and their single-point fuel injection pump became standard fitment to the Rolls-Royce Merlin engine. 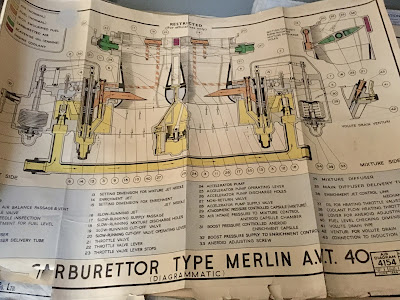 The Merlin engine was used extensively in the Hurricane and Spitfire fighters, but once air battle became more commonplace it became apparent the engine would suffer a ‘fluff’ caused by fuel starvation when in a steep dive. Late in 1940 an engineer named Beatrice Shilling introduced a modification that allowed the Merlin engine to overcome this issue. Today Burlen celebrates Beatrice, and her invention, 80 years after it was initially introduced.

Miss Beatrice Shilling, known as Tilly to her friends was a remarkably gifted lady who was once described as ‘a flaming pathfinder of women’s lib’. Born in 1909, she was awarded a gold star in the 1930s for lapping Brooklands on her Norton 500 motorcycle at over 100mph. Later Beatrice would gain an engineering degree at Manchester University and was recruited as a scientific officer by the Royal Aircraft Establishment (RAE), a position she held until her retirement in 1969.

During her RAE career she led investigations into the aquaplaning of aircraft during take-off and landing on wet runways and was awarded an OBE in 1948. Beatrice continued her passion for speed by racing a 1935 Lagonda at Silverstone and took part in sportscar races at Goodwood

during the 1950’s but was always best known for her Merlin engine modifications.

The Spitfire and Hurricane aircraft used in the early stages of war had a Rolls-Royce Merlin III engine fitted and when 100-octane fuel became available it allowed for increased boost, taking power to 1310hp. At this time all Hurricane and Spitfire engines were fitted with an SU AVT35/135 carburetter.

As the battle intensified it highlighted a problem with the SU carburetter when it was subject to negative G. Entering into a steep dive the Merlin engine suffered a ‘fluff’ caused by the fuel level at the jets momentarily being thrown to the top of the float chamber, starving the jet of fuel for 1.5 seconds. Despite this being a potentially disastrous situation, the carburetters were able to function normally after the floats had regained control.

A solution to this was developed by Beatrice Shilling at the RAE laboratories, offering a preventative modification that would be retrospectively fitted to all serving aircraft. The solution credited to Tilly comprised of a restrictor (or orifice plate) with a calibrated aperture in the centre that was fitted to the fuel line before the carburetter. It limited the fuel flow to a volume only slightly less than the engine demanded at full power and while it did not stop the momentary weak hesitation, it did prevent the 1.5 second rich cut. This modification is known as Miss Shilling’s orifice.

By 1941 the Royal Aircraft Establishment had developed an anti-G modification which would be retrofitted to serving aircraft and would also become a standard feature of all new SU carburetters. However, Miss Shilling’s orifice was retained by many aircraft, depending on their role in battle.

Speaking of Beatrice, Mark Burnett, Burlen Managing Director, said “We are proud of Skinners Unions’ role in aeronautical carburetion history, and have admiration for the Skinner family for pausing car production to help with the war effort. Beatrice Shilling is an inspiration to us all, not only was she a first-class engineer but she also loved speed and was fast on both two wheels and four. Today Burlen lives by that mantra, combining innovative product engineering and a love of all motor-powered vehicles. Miss Shilling should be celebrated and remembered for the incredible woman she was, and as an engineer who made wartime pilots lives as safe as they could be when in battle.”

Burlen manufactures and supplies genuine SU, Amal and Zenith carburetters around the world and also owns the J40 Motor Company, dedicated to the preservation of the Austin J40 pedal car.