King Of The Baggers - Kudos to Drag Specialties!

King Of The Baggers - Kudos to Drag Specialties!

There's no saying how much money Drag Specialties spent on creating the inaugural King of the Baggers race at Laguna Seca (California) in October, but it can't have been a trivial sum. However, as an investment into the future of the Bagger market, and as a specific stimulus for giving the burgeoning Performance Bagger market timely momentum, they are to be congratulated … Genius! 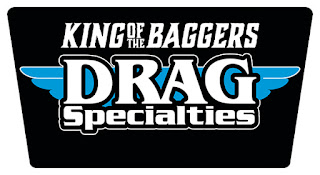 Apparently, the idea and vision for what can seem like an unlikely concept at first flush (Baggers racing down the iconic "corkscrew" - really?) goes back some 18 to 24 months before the race was eventually able to take place.
Drag Specialties is said to have floated the plan to a couple of dozen of their vendors in total. Eventually thirteen of them lined up on the start grid of one of the world's toughest and most technically challenging motorcycle race circuits. The prize was the ultimate in Performance Bagger bragging rights during the MotoAmerica GEICO Motorcycle Superbike Speedfest weekend at Monterey in October. 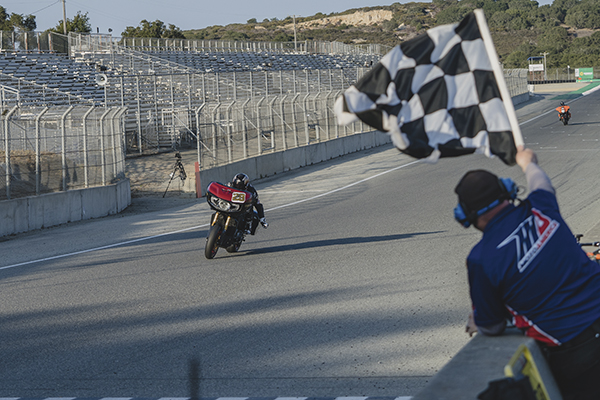 "It's an incredible honor for us to race on this historic track,"
said Gary Gray, VP Indian Motorcycle.

Barely 24 hours after an accident where he "looped" his 600 lbs machine during qualifying, Frankie Garcia rebounded to take the holeshot. But it was O'Hara who immediately established a commanding lead through the first three laps. 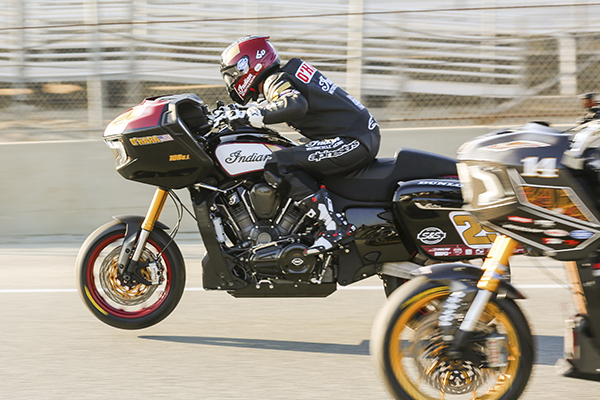 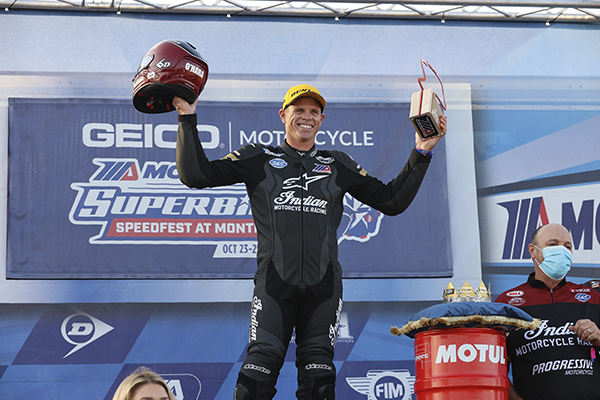 With five laps remaining, an off-track "adventure" sent O'Hara back to third and moved Garcia up to second, allowing the Vance & Hines bike through for a taste of the lead before O'Hara began a patient, methodical comeback, working his way past Garcia and dramatically passing Gillim while diving into the famed "corkscrew" during the penultimate lap.
O'Hara held strong for the final lap, winning by 1.9 seconds and earning Indian and S&S Cycle the inaugural "King of the Baggers" crown.
"It's an incredible honor for us to race on this historic track at this historic event, against a field of incredibly talented teams and riders," said Gary Gray, Vice President, Racing, Technology and Service for Indian Motorcycle. 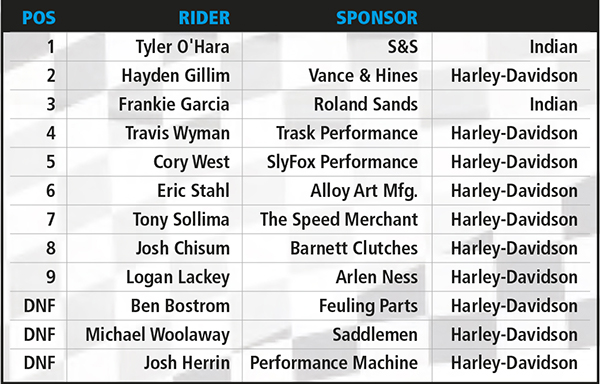 "We're absolutely thrilled to come away victorious. Tyler, Frankie and the S&S Cycle and RSD teams did an incredible job and, ultimately, they were able to show the world just how special the Indian Challenger is. We couldn't be prouder of them or our bike."
The history-making was witnessed by race fans the world over as the inaugural King of the Baggers reached social media viewers in record numbers – recording over two million views and more than 30,000 Facebook shares.
"Watching thirteen Baggers carving through Laguna Seca's famed 'Corkscrew' was a special moment in motorcycle racing," said Reid Wilson, Vice President for Indian Motorcycle. "That said, watching the new Indian Challenger defeat eleven highly modified Harley-Davidsons was a monumental achievement and dramatic validation for the work our product designers and engineers have put into developing the Indian Challenger."
It was an idea that deserved to succeed and despite the pandemic-induced four month delay, succeed it certainly did - with this landmark first race playing out in dramatic fashion, there is already talk of a three or four race series for 2021.
www.MotoAmerica.com