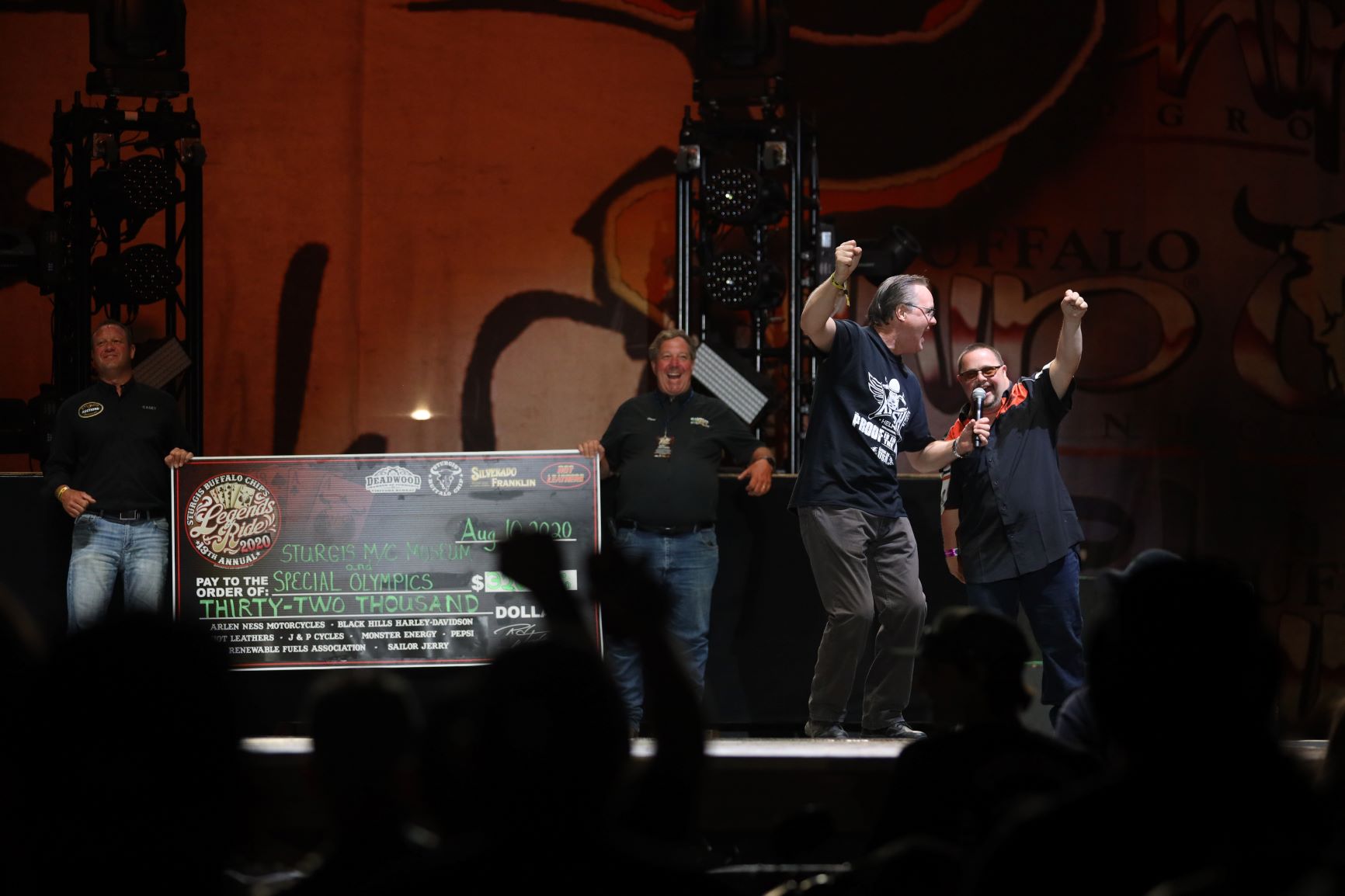 Sturgis, SD (October 2, 2020): The generosity of the motorcycle community was again put on display during the 80th Sturgis Rally as bikers from around the country helped the Buffalo Chip raise significant funds and break the $1 million charitable giving mark.

“It is important to remember that people who come to the Sturgis Motorcycle Rally event do a lot of good for communities on the local and national level,” said Rod Woodruff, President and CEO of the Sturgis Buffalo Chip. “Motorcyclists are a phenomenal bunch of people. They are always willing to open their hearts and wallets for worthwhile causes.”

The Sturgis Buffalo Chip’s efforts during its 2020 Music and Motorcycle Festival raised an additional $201,470 that has been distributed to worthy charities benefiting American children in need, veterans, and the local community.

“We at the Sturgis Buffalo Chip are so proud as ambassadors of the motorcycle community to now have distributed more than $1 million to charities dedicated to improving the lives of our children and our veterans” said Woodruff.

About the Sturgis Buffalo Chip

The Sturgis Buffalo Chip® is the Largest Music Festival in Motorcycling®. It is the world’s first and leading entertainment destination for the motorcycle enthusiast, awarded AMA Track of the Year in 2016, American Flat Track Event of the Year and South Dakota Excellence in Tourism Innovation award winner in 2017. Since 1981, the venue’s high-profile, nine-day festival, known as The Best Party Anywhere®, remains one of the world’s most televised and longest running independent music festivals. Located three miles east of Sturgis, SD on 600 creek-fed acres, it offers multiple stages of entertainment, a swimming hole, bars, mouth-watering food, showers, cabins, RVs, camping and more to visitors traveling from all corners of the world. The Chip's concerts and races are free with camping. The Motorcycles as Art exhibit curated by Michael Lichter showcases the works of the world’s best bike builders. Numerous bike and stunt shows and all shopping, live music and events at the CrossRoads are free and open to the public. More details are available at www.BuffaloChip.com.