Harley has announced its "biggest, most powerful street-compliant engine" yet for select 2018 and later Softails - a new Screamin' Eagle 131 crate engine.

The new 131 cubic inch (2,151 cc) M-8 "delivers the biggest, most powerful street-compliant engine Harley-Davidson has ever created" and is available as a bolt-in replacement. Designed to run at high rpm and to provide a significant boost of torque from cruising speed, "riders will experience commanding performance from the moment the throttle is cracked open." It is backed by a 12-month factory limited warranty when installed by an authorized H-D dealer. 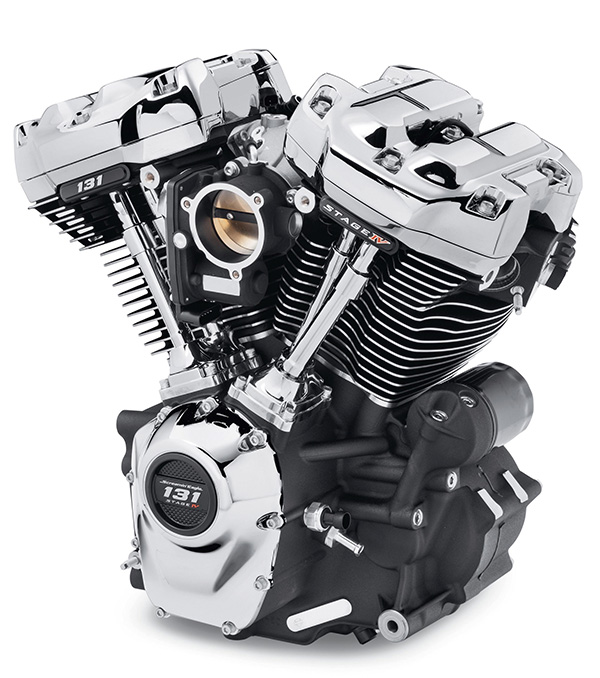 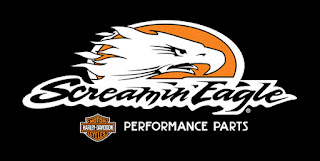 "The engine is completed with a high-lift SE8-517 camshaft and high-performance cam bearing, high-compression (10.7:1) forged pistons, a 64 mm throttle body and intake manifold, and high-flow (5.5 grams per second) fuel injectors.
"It's a combination that produces 135 ft-lb of torque and 124 hp at the rear wheel when paired with Screamin' Eagle Street Cannon mufflers. Detailed with 131 Stage IV badging on the cylinder heads and timer cover, the engine is available in a choice of black and chrome or black and gloss black."
It fits 2017-later model Touring motorcycles originally equipped with either a M-8 oil-cooled or twin-cooled engine and select 2018-later Softail motorcycles; does not fit Trike models; '17-'19 models require separate purchase of a high-capacity oil pump; '17-'18 models require a SE high-capacity clutch plate kit. All models require additional purchase of ECM recalibration with SE Pro Street tuner.
The Screamin' Eagle 131 performance crate engine complies with noise and emissions standards in all U.S. states other than California on 2017-later Touring models and select 2018-later Softail models. Replacement engines must be re-fitted with emission control devices and systems appropriate for the vehicle model and model year in order to ensure emissions compliance.  Replacement engines are legal for use on public roads only when installed in select specified and compatible models. Street-compliant statements may not apply to markets outside the United States.
Posted by Onno "Berserk" Wieringa www.madnessphotography.nl at 15:53