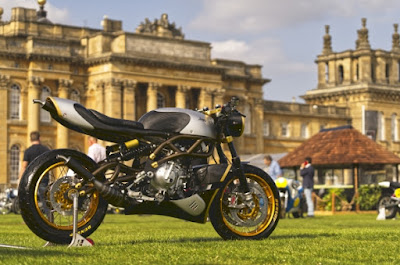 Just a few short weeks after its reveal at Blenheim Palace, pre-orders for around a third of Langen Motorcycle’s exclusive debut model – the advanced but nostalgic road-legal Two Stroke – limited to 100 handmade examples only, have already been placed, with the order book now officially open

With the well-received Langen Motorcycles brand hitting the ground running, the Wigan-based specialist handcrafted motorcycle maker is already looking to expand its team with new design engineers and technician/fabricators required

After a decade as the Chief Design Engineer at acclaimed CCM Motorcycles, where he created a number of ground breaking motorcycles, in 2019 Christofer Ratcliffe (a.k.a. Langen), took the bold decision to break the shackles of a larger company and establish his own British motorcycle brand with some original and innovative new motorcycles. 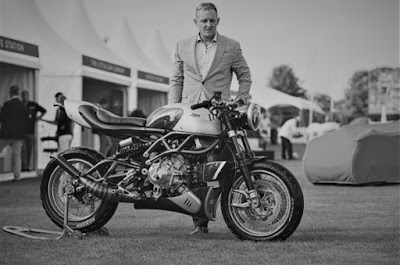 Thus Langen Motorcycles was born, with the exciting new Langen Two Stroke being the first evidence of Christofer’s endeavours. Making its public world debut at the prestigious Salon Privé́ vehicle Concours at Blenheim Palace in late September 2020, the handmade 250cc V-Twin Two Stroke instantly meet with huge interest and praise, with around a third of the bike’s planned limited production of 100 examples now already reserved in under three weeks since its launch.

Priced at £28,000 +VAT for the limited 100-unit allocation, Langen will commence handcrafted Two Stroke production for customers in summer 2021 at a rate of two-to-three examples per week. Already certified as fully road legal for the UK, Two Stroke riders will also be able to enjoy their Langens in other countries for track use. If there is sufficient interest from overseas clients, Langen Motorcycles will also consider producing a further 150 Two Strokes in homologated form for the rest of the world, featuring a high specification, including ABS braking and so on.

This advanced technology results in a healthy 75 bhp with 33lb.ft. of torque, courtesy of Langen’s tailored Vins injected 250cc V-twin lightweight motor which revs to 14,500rpm and features a counter-rotating crank. This engine is housed in a bespoke and painstakingly-built aluminium tube space frame with high-specification motorcycle parts, including Öhlins front forks, K-Tech twin shocks suspending the rear, Hel Performance brakes and Dunlop tyres to ensure the Langen Twin Stroke stops and turns as well as it pulls.

To help achieve the Langen’s light weight of just 114kg (including oil and water) the Two Stroke’s bodywork and fuel tank are produced in hand-laid carbon-fibre, complete with hand-finished gold leaf detailing, although a range of customisation options are also available, allowing clients to personalise everything from the bike’s paint work, the chassis finish, and even the fork type and wheels. A 1990’s Grand Prix racer-style dual-exit exhaust system, complete with right-hand-side and under seat pipes, emits the pleasingly smoky sights and smells that bike enthusiasts relish with two-stroke motorcycles.

Speaking of the enthusiastic response to the Two Stroke’s debut at Blenheim Palace, Langen Motorcycles founder, Christofer Ratcliffe, said: "My dream has always been to create a small piece of British motorcycling history. To be able to launch this special motorcycle under a completely new brand really is a hugely rewarding realisation of this dream. I just want to create some interesting bikes and my aim is to continue to push boundaries, which I hope will really please people."

Christofer added: “Judging by the hugely positive response to the new Langen Two Stroke at Blenheim Palace, included more initial pre-orders than I was expecting, my desire to produce motorcycles with a simplicity and purity of days gone by seems to be shared by countless other bike enthusiasts who really seem to savour the amazing sounds and smells of our new Two Stroke.” He concluded: “For me, with all these electric bikes now launching, the first Langen is a final swansong for the two-stroke; an intriguing modern twist on a proud performance café racer tradition.”

Pre-orders for the remaining first 100 Two Stroke bikes are now being taken, with a £1,000 refundable deposit needed to secure Langen’s inaugural motorcycle. More details can be found at https://langenmotorcycles.co.uk/.