No 'AMD' World Championship
until at least the Spring of 2021 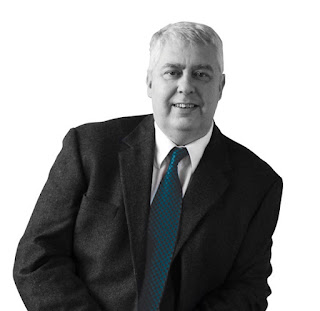 "We didn't know for sure until mid-June, but the news that INTERMOT has been cancelled for 2020 comes as no great surprise. Despite Germany doing a better job of managing the coronavirus pandemic (and therefore of managing its economy) than any other of the 'Western' nations, its 'long game' approach has meant that, even by October, a public event that would bring together over 200,000 people in a confined indoor space was always looking vulnerable.

Factor in the politics of an understandably risk averse exhibitor community that includes third party parts, accessory, gear and apparel vendors, as well as the motorcycle manufacturers themselves, and this was a square that was never going to be circled.
When BMW and KTM specifically, and in a clearly coordinated move, announced that they were pulling out of INTERMOT (and the EICMA/Milan Show), it just became a question of time before the trade association and exhibition center had to bow to the inevitable. For now, all that remains is for the Italian trade association (ANCMA) to similarly announce cancellation of EICMA for this year.

For the biennial INTERMOT, the next show (and therefore in theory the next AMD World Championship of Custom Bike Building too) won't be until October 2022.
That means a 24-month delay and a 48-month gap between INTERMOT 2018 and the next show. That, for an expo that already had serious issues in terms of exhibitor community confidence and numbers, may well be such a momentum killer that the IVM and Koelnmesse must be concerned that this may well, effectively speaking, mark the end of the road for the show as anything other than a domestic German event.
Indeed, this may well be the final endgame for an outbreak of show wars that burst out into the open some 20 years ago when EICMA/ANCMA decided to end the traditional Cologne/Milan alternate annual show cycle that had served the market in Europe well for decades. In the late 90s, and then again conclusively for 2005, ANCMA's membership approved a plan to double dip profits by going annual.

Previously the two trade associations, the IVM in Germany and ANCMA in Italy, had gotten along well with each other, and there are various theories as to why the relationship fell apart. When the IVM was formed out of three weak and competing multi-purpose trade associations in Germany in 1996 after the last staging of the old IFMA 'Cologne Show' (then a joint motorcycle and bicycle market expo), the first move of the newly-formed IVM was to create a new show, INTERMOT, and take advantage of the sweetheart deal on offer from the new, state-of-the art expo center at Munich.
At that first show in 1998, ANCMA stunned everyone, including its German hosts, by announcing that they were going to take EICMA annual and by doing so, go into competition with IVM and INTERMOT. By 2005 the EICMA motorcycle show was annual, and ever since then 'Milan' has threatened to overshadow INTERMOT.
In the years following the financial crisis and up to the nadir of the market in Europe in 2014 both shows suffered, but as growth returned, EICMA's annual frequency put it in pole position and by last year had clearly become first choice with exhibitors and was attracting many more visitors.

INTERMOT had started to hemorrhage vendor confidence before the COVID-19 emergency and that would have resulted in a contraction of the show in October this year anyway. Now, with a 48- month cycle between shows in a market of uncertain strength in the years ahead, maybe we are now seeing the end of 20 years of head-butting and mutually assured destruction.
In terms of our involvement at INTERMOT with the AMD World Championship, whether or not the show (and by implication the IVM) has the budget or reason to stage custom-specific initiatives by 2022 remains to be seen. Personally, I would be very pleasantly surprised if they are able or willing to do so.
IVM and Koelnmesse have been unstinting in the generosity of their support for the 'AMD' since 2014 and, by extension, for the custom motorcycle market, and we are immensely appreciative of that support. But nothing is forever, and the 'AMD' has prospered by being prepared to embrace change in the past, and will no doubt now do so again now.

While we will explore future-facing options for 2021 and beyond, one thing is for sure, namely that while the health emergency remains, it would be singularly inappropriate for us to even start trying to plan an 'AMD' staging solution until at least into the spring of 2021 at the soonest. Nobody is safe until everybody is safe."