With the announcement that both BMW and KTM are to pull out of INTERMOT (Cologne, Germany, October) and EICMA (Milan, Italy, November), there are now serious question marks over whether or not either show will be able to go ahead. 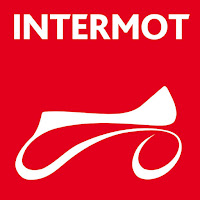 BMW is one of the senior members of the IVM, the German trade association that owns INTERMOT, and so is, in effect, one of the owners of INTERMOT. Koelnmesse, the Cologne exhibition centre where INTERMOT is staged, is not involved in the INTERMOT ownership equation. However, at this time, Koelnmesse is closed until further notice by its owners, the City of Cologne and the North Rhein-Westphalia state government. The Milan Rho exhibition centre that hosts EICMA every November is currently being used as a field hospital for the hard hit city of Milan and province of Lombardy.

In its statement (April 2nd) BMW stated "this decision was made in order to counteract current planning uncertainty at an early stage" and "in the interests of the greatest possible security, predictability and transparency."

BMW Motorrad will instead present the world premieres and product highlights planned for these motorcycle shows on alternative platforms in autumn 2020. In doing so, the company will increasingly rely on its own formats and digital communication channels. 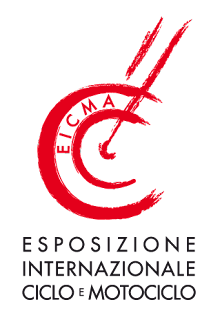 For BMW to announce it is withdrawing (also from EICMA/Milan) will be a serious body blow to both shows. BMW's absence will dramatically affect visitor numbers and result in an even greater reduction in aftermarket exhibitor vendor numbers than there has already been - especially those for whom BMW models represent the majority of their business, of which there are usually many at INTERMOT.

KTM's announcement came 48 hours after BMW's, and it is hard to think that there wasn't coordination between the two manufacturers, who have a track record of working closely on strategic issues.

Europe's largest motorcycle manufacturer by unit volume (over 280,000 in 2019), KTM said that it had "assessed their overall strategy for the rest of 2020, and we have decided to make several key decisions in the wake of COVID-19 impacting public health, communities, the motorcycle industry and business on a global scale.

"In the best interest of our employees and customers, the company will withdraw from global trade shows for the rest of the year, including INTERMOT in Cologne, Germany, and the EICMA exhibition in Milan, Italy."

Hubert Trunkenpolz, CMO at KTM AG, said: "Trade shows are key business milestones for the entire motorcycle industry, but given the situation, public health and the welfare of our staff are higher priorities over the coming months. We have taken this course of action with a great deal of thought and, as a company, KTM AG would be pleased and interested if show promoters, EICMA in particular, would consider moving dates to 2021, when we hope and expect the situation to be settled and back to normal."

While neither manufacturer specifically name-checked AIMExpo, planned for Columbus, Ohio, in September, they did both state, quite clearly, that they are withdrawing from ALL exhibitions. So those question marks must now hover over the USA's principal industry Expo too, following what can only be described as a clarion call for Expo postponement by Trunkenpolz, other OEMs are highly likely to follow BMW's and KTM's lead in Europe, USA and elsewhere.