India's TVS Motor Company has emerged as the buyer of Norton Motorcycles, or at least of the brand and the most likely remaining still viable current models and design IP.
In an all-cash deal for a consideration of GB£16 million ($20m/€18m) the assets have been acquired from Norton Motorcycles (U.K.) Limited (in administration) through one of TVS Motor's overseas subsidiaries. "This will be one of the most interesting acquisitions of a storied motorcycle maker in recent times and will reflect TVS Motor Company's and India's rapidly rising prominence in the international two-wheeler market," said a TVR press release confirming the deal.

Norton went bankrupt in January after several months of appearing to become increasingly creative in its attempts to secure additional funding, and several years in fact ever since the brand was acquired by Stuart Garner, in which there has been widespread industry scepticism about the financial and strategic stability of the project to revive the brand in Britain under British ownership.
Commenting on the acquisition, Mr. Sudarshan Venu, Joint Managing Director, TVS Motor Company said: "This is a momentous time for us at TVS Motor Company. Norton is an iconic British brand celebrated across the world and presents us with an immense opportunity to scale globally. This transaction is in line with our effort to cater to the aspirations of discerning motorcycle customers. We will extend our full support for Norton to regain its full glory in the international motorcycle landscape." 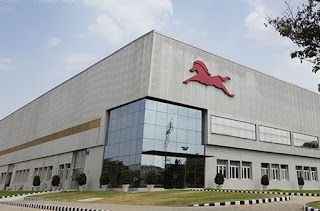 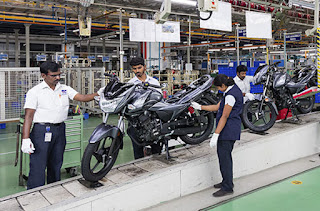 This is not the first attempt TVS has made to "scale globally". Among other hitherto unsuccessful endeavours had been a non-equity deal with Triumph some years ago to take on manufacturing of lightweight and middleweight machines for the Asian market.
Mr. Sudarshan Venu further added: "Norton will continue to retain its distinctive identity with dedicated and specific business plans. TVS Motor will work closely with customers and employees in building the success and pre-eminence of the Norton Motorcycles brand and we look forward to growing together globally in the years to come."
TVS is India's third largest motorcycle manufacturer by volume, and this deal brings them toe-to-toe with Eicher Motors, whose UK/USA bred Interceptor 650 parallel twins
are being very well received in Europe and North America, and with Bajaj Auto, who appear to have successfully engineered a non-equity partnership for lightweights and middleweights with Triumph.


TVS says it is "excited about the existing and upcoming products at Norton Motorcycles, including Commando, Dominator and V4 RR. Confident of the strong synergy between both the brands, we believe that Norton Motorcycles can leverage TVS Motor Company's global reach and supply chain capabilities to expand to new markets."
However, no mention is being made of a Riccardo designed engine "Design and Licence" deal that Norton is reputed to have signed with Zongshen in 2017.
Part of the $8.5bn 1911 founded TVS Group, TVS Motor Company is the largest group subsidiary, which has revenues of around US$2.9bn and an annual sale of more than 3 million units with an annual capacity for over 4 million two and three-wheeled vehicles. TVS Motor is also India's second largest exporter with sales in over 60 countries worldwide.
The company has four manufacturing plants, three located in India (Hosur in Tamil Nadu, Mysore in Karnataka and Nalagarh in Himachal Pradesh) and one in Indonesia at Karawang. It is unclear at this time (though thought unlikely) as to whether TVS plans to keep any of the manufacturing or assembly in the UK, or has acquired an interest in Norton's Donington Hall facility alongside the Donington Park race track - former home of the British MotoGP round.