Harley Shutdown Continues as Unemployment and Recession Forecasts Worsen
Having already extended the shutdown of manufacturing operations at least twice, as the previously announced April 19 deadline approached Harley-Davidson extended the suspension of production through May 15 (at least).

In an April 15 announcement of additional actions Harley is taking in response to the impacts of COVID-19 on its business, acting President and CEO Jochen Zeitz said: "The effects of COVID-19 on economies around the world have been swift and unprecedented.
"It is essential for us to respond quickly, adapt and position the company to manage near-term challenges while preparing to re-energize the business for the recovery and beyond." In response to the near-term impacts of COVID-19, the company announced that it was taking actions to reduce its costs with immediate effect.
This included "significantly reducing all non-essential spending and temporarily reducing salaries." While the salary cuts affect all Harley-Davidson employees, with a 10 to 20 percent reduction for most salaried employees in the United States, the CEO and Board of Directors will "forgo salary/cash compensation" and there will be a "30 percent reduction for executive leadership."
The company also announced that there would be "no merit increases for 2020," and that it was implementing a hiring freeze. The statement did not, however, clarify if this would include the hiring of a new permanent CEO to replace Matt Levatich and whether Jochen Zeitz would therefore be continuing to fill the role for longer than had been initially intended. 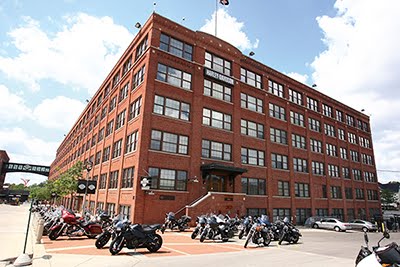 The statement went on to say that "outside of the United States, the company will take similar actions as based on regulations governing each of its operating locations" and that "salary reductions will be reassessed at the end of the second quarter as the company continues to closely monitor business conditions."
The majority of Harley's global production employees are currently on temporary layoff, but with medical benefits remaining intact for all.
Zeitz went on to say: "We understand that navigating this new reality has a real impact on our employees. Their dedication to Harley-Davidson is never taken for granted, and we thank them for supporting one another and rallying together as we manage the profound impact of COVID-19."
Previously (March 26) Harley announced withdrawal of its financial guidance for 2020. Contrary to market trend and despite imposing wage cuts, at the time of writing, Harley had not yet announced a suspension either of its dividend payments or of its share buy-back program - having doubled capacity to do so in February.