Harley-Davidson has halted production and delivery of its first electric motorcycle,
the LiveWire, after discovering what the Milwaukee-based manufacturer
described as a non-standard condition.

Harley-Davidson said on Monday it has stopped production and deliveries of its first electric motorcycle after discovering a glitch in the final quality checks.

The motorcycle maker said it has discovered a “non-standard condition” with LiveWire, which it began shipping to its dealers late last month, prompting additional testing and analysis. 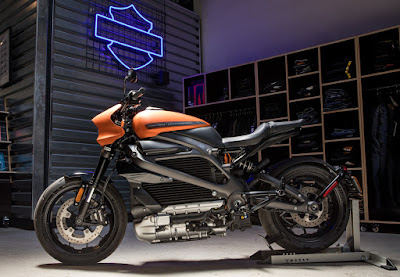 “We recently discovered a non-standard condition during a final quality check; stopped production and deliveries; and began additional testing and analysis, which is progressing well,” H-D said in a statement.

While the company said its testing is progressing “well,” it did not offer a timeline as to when the production will resume. “We are in close contact with our LiveWire dealers and customers and have assured them they can continue to ride LiveWire motorcycles. As usual, we’re keeping
high quality as our top priority.”

Harley-Davidson is not recalling LiveWire motorcycles already on the road. Reuters was the first to report that Harley-Davidson had stopped production and deliveries.

Harley’s shares turned lower on the news and were last trading down 1% at $34.73.

The LiveWire - priced at $29,799 - has been available for preorder in the United States since January.

The company is betting on electric motorcycles to attract the next generation of younger and more environmentally conscious riders to reverse declining U.S. sales.

The production stoppage threatens to derail Harley-Davidson’s bet on electrification. The 105 horsepower electric motorcycle was to be the first of a future line-up of EVs from Harley-Davidson spanning motorcycles, bicycles and scooters.

The LiveWire went into production in 2019 after years of hints and even a concept electric motorcycle roadshow. Delivery to dealers began September 27.