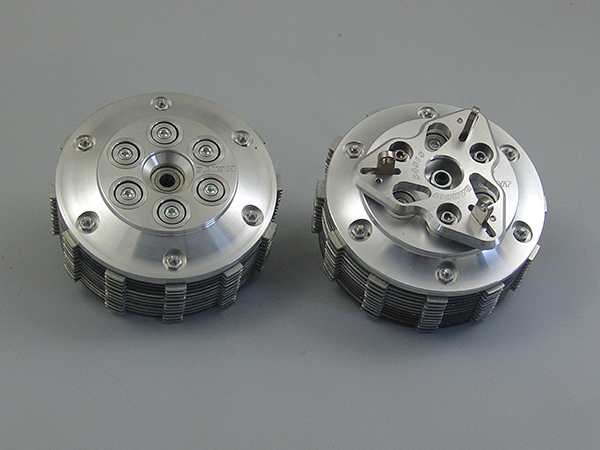 Best known for the Drag Race bred Superclutch, the 'Sportsman' street application is now available in three Big Twin application models - for '90 -'97, '98 -'06 and for 2007-up, which now includes M-8 Softail and Touring applications.
Seen here on a 2017 Road King without a lockup unit, it is available with or without lockup, and "the Sportsman clutch will handle a great deal of power without a centrifugal lockup," says Bandit Machine Works Founder, Designer and CEO John Magee.
"The new Sportsman Superclutch is an economical, easy to install high performance clutch upgrade with all of the quality, design, performance and service racers, performance engineers and dealers have come to expect from Bandit Machine Works."
Features include increased friction surface area of +217% of stock for 1990 to 1997 Evo models; +229% of stock for 1998 - 2006 Big Twins and 11 friction plates to produce a thumping +280% increase over stock for 2007 and up models. 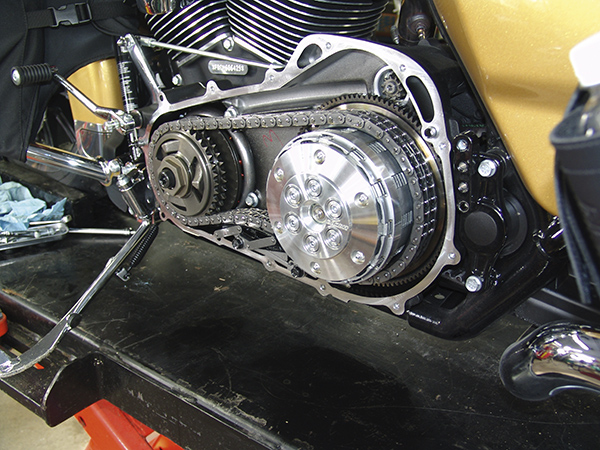 "That's more than any other high performance H-D clutch," says John "and delivers greatly increased torque and horsepower capacity - right through to the rear wheel.
"Our Sportsman Superclutch design means lighter lever pull for greatly improved 'feel' and ease of operation with coil springs allow infinite pressure adjustment to tailor the clutch to your bike - there's no more choosing between 'too much' or 'not enough' - with the Sportsman Superclutch you can get it just right."
The bolt-in installation design is said to give 'Set & Forget' reduced maintenance with "no special tools required (no spring compressor) and with the extended inner hub length supporting the clutch on the main shaft means premature spline wear under heavy loads is prevented."