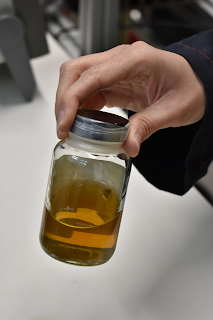 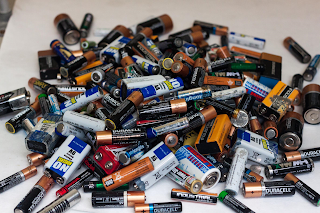 “The project showcases the sustainability potential of waste” says John Ward-Zinski, Nexcel’s sustainability director. “This was a hugely demanding project completed over the last year and one which we hope will open the public’s eyes as to the importance of recycling and sustainability. Few people would think that discarded Christmas trees and old chewing gum could have a commercial or environmental value, but our engine oil shows this is anything but the case.” 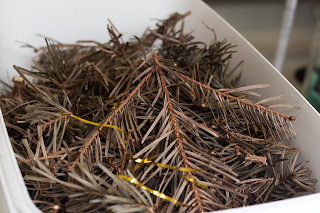 Nexcel’s ambitious project has been inspired by the company’s innovative sealed oil cell, which provides vehicle manufacturers with efficiency benefits and promotes used oil collection and re-refinement. “Our system has already been utilised by our technical partner Aston Martin, for use in the visceral Vantage AMR Pro at last year’s Goodwood Festival of Speed, where the car became the first to tackle the legendary hill climb using re-refined oils,” continues Ward-Zinski. “In 2016, Nexcel & Aston Martin also achieved a podium finish in the competitive VLN Championship at the most arduous racetrack in the world: the Nürburgring. Sustainability, and therefore re-refinement, are of growing global significance; hopefully this project helps demonstrate the extent of what is possible.”

The most significant challenges of the project included the yielding of phenols and catechols from the waste to be used as antioxidants, forming the basis of the chemical additives required. Nexcel’s experts worked with a zero-waste goal, and after significant research, analysis of component properties and trial and error, the blend consisted of 180 chewing gum pieces, 500ml of used fryer oil, 1g of RTV silicone sealant, 14 household batteries, 1 litre of used engine oil and an old Christmas tree. Extraction of components from these waste items enabled Nexcel scientists to produce 1 litre of automotive quality engine oil.

“Re-refinement of used oil can create a high-quality product when blended with new additives, but bulk feedstocks made up of many different types of used oils can complicate the process and reduce the process yield. Nexcel’s oil management system avoids this by segregating used engine oil, keeping it in the cell during collection,” says Ward-Zinski. “For this particular project we wanted to make the entire oil from waste materials, and the challenge lay in the creation of the chemical additives. However, with creative utilization of modern technology there is huge potential in recycling. It could even help prevent the traditional Christmas tree tip-run needle-drop, from which no car interior has ever recovered.”

NEXCEL Background Information
NEXCEL automotive application is a self-contained, sealed cell that contains the correct grade of oil and specification of filter. Designed for flexible installation anywhere in the engine bay via a docking station, it is managed by a dedicated electronic control unit that communicates with the vehicle via the standard databus. An electric pump controls the flow of oil between the engine sump and the remote cell and an oil analysis capability can be integrated. By reducing the volume of oil in the engine, the NEXCEL system has been developed to allow faster warm-up, which can increase the rate of warm-up of the engine (and the cabin) and reduce tailpipe CO2 emissions during increasingly short, typical real-world journeys.
Containing the oil within a sealed cell also makes recycling of old oil a much more practical option because it eliminates contamination by other fluids during the drain and recovery operation. Nexcel units can remain sealed up to the point of re-refining, allowing the oil to be returned to its original specification. Changing the cell takes just 90 seconds. For garages, the benefits also include the elimination of spills and greatly simplified oil recovery. Nexcel’s closed ecosystem could help to eliminate some of the one third of drained engine oil (worldwide) that currently disappears into the environment.
Posted by Onno "Berserk" Wieringa www.madnessphotography.nl at 14:54