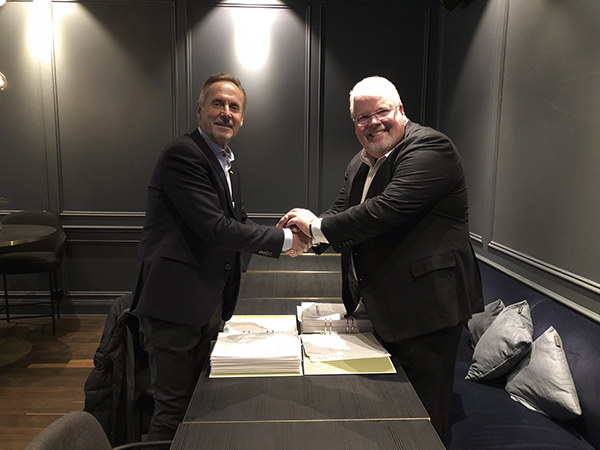 Founded by Kenth Öhlin in 1976, when he created his first motocross shock, Yamaha Japan bought a majority stake in Öhlins in 1987, with Kenth buying back 95% of the business in 2007. He will continue to be part of Öhlins, serving on the board and retains a minority interest in the company. Henrik Johansson will continue as CEO of Öhlins.
Earlier this year it was announced that Tenneco had bought Federal Mogul, the owner of Ferodo brake pads and Champion filters for $5.4bn. Öhlins have distribution in 50 countries and manufacturing facilities in Europe and Asia.

Kenth Öhlin commented: “Together, Öhlins and Tenneco will be a very strong constellation. After considering the strengths of both companies, I made the hardest decision of my life — to sell my life’s work. I am absolutely convinced that we are going to develop very positively in the future, and that Öhlins will benefit from the opportunities that will now arise due to Tenneco’s entrance.”

Brian Kesseler, co-CEO of Tenneco, said: “Öhlins’ technology team will allow us to rapidly grow our premium product offerings for current and future customers, as well as help us win a larger share of business in developing mobility markets.”