“The Best Party Anywhere!”® parties on the wrong side of the tracks with the heavy metal opener on Friday, Aug. 2, 2019.
The 2019 Sturgis Motorcycle Rally will kick off with head-banging, heavy metal sensations Skid Row on the Buffalo Chip’s Wolfman Jack Stage on Friday, Aug. 2, 2019. The band is one of the best old-school hard rock bands to come out of the 80’s, having sold over 20 million albums, and they’ve continued to take audiences on their heavy metal journey ever since. 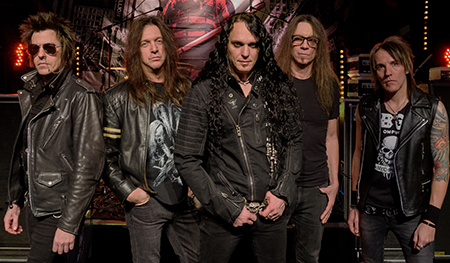 “We’re kicking off the 79th Sturgis Rally with a super cool, heavy metal explosion,” said Rod Woodruff, Sturgis Buffalo Chip President, “It’s easy to book some cheap, no-name tribute band for opening night, but that’s not how we roll at the Chip. We’re powering off with world-class, fan favorite, hard rock stars.”
Skid Row blasted onto the heavy metal scene in the late 1980’s, releasing two critically acclaimed albums, “Skid Row” and “Slave to the Grind,” which took off like a rocket and landed with certified multi-platinum status at no. 1 on the Billboard 200. The band has produced two top ten singles, “18 and Life,” and “I Remember You.” They were awarded American Music Awards “Favorite Heavy Metal/Hard Rock New Artist” in 1990.
The 38th annual festival noted as “The Best Party Anywhere” will open with a pre-rally party July 29 - Aug. 1, 2019, with official festival dates running Aug. 2-11, 2019. Performers announced so far include: 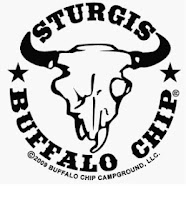 About the Sturgis Buffalo Chip
The Sturgis Buffalo Chip® is the Largest Music Festival in Motorcycling®. It is the world’s first and leading entertainment destination for the motorcycle enthusiast, awarded AMA Track of the Year in 2016, American Flat Track Event of the Year and South Dakota Excellence in Tourism Innovation award winner in 2017. Since 1981, the venue’s high-profile, nine-day festival, known as The Best Party Anywhere®, remains one of the world’s most televised and longest running independent music festivals. Located three miles east of Sturgis, SD on 600 creek-fed acres, it offers six stages of entertainment, a swimming hole, bars, mouth-watering food, showers, cabins, RVs, camping and more to visitors traveling from all corners of the world. The Chip's concerts and races are free with camping. The Motorcycles as Art exhibit curated by Michael Lichter showcases the works of the world’s best bike builders. Numerous bike and stunt shows and all shopping, live music and events at the CrossRoads are free and open to the public. More details are available at www.BuffaloChip.com.
Posted by Onno "Berserk" Wieringa www.madnessphotography.nl at 18:30