Indian Motorcycle is not happy about the AMA’s recently announced rule changes for the 2019 American Flat Track season. 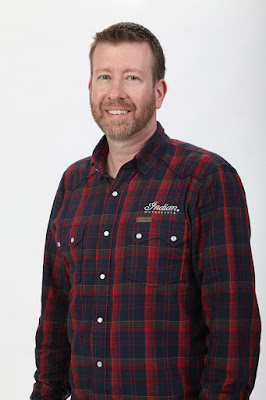 Gary Gray, Indian Motorcycles Vice President for Racing, Service & Technology, points to its development of a “superior purpose-built race bike that conforms to AFT’s rules and regulations” and says that “while our efforts over the past two years produced unparalleled success on the track, the result has also been a competitive imbalance that ultimately does not benefit the sport.
“For this reason, we are fully supportive of efforts by AFT to restore competitive balance. However, we believe the changes for 2019 do not create the competitive balance we all desire and instead put Indian Motorcycle Racing at a competitive disadvantage.

“First is the change from Sonoco Supreme fuel to Sonoco GTX-260 fuel, a lower octane, lead-free fuel that will force reductions in compression ratios and, ultimately, reduced power output. This is something that affects all teams equally, and Indian Motorcycle is aligned with this change. “We believe that allowing production engines to increase from 38 mm throttle bodies to 40 mm puts us at a competitive disadvantage. The FTR 750 is not a street legal production motorcycle. We have done extensive testing in this area and our results have shown that 40 mm throttle bodies produce 20-22% more airflow than the 38 mm”

“Second is the allowance of street legal production engines up to 900 cc.  The change to allow smaller displacement engines to increase bore and stroke past 750 cc to 900 cc will produce broader torque curves and higher peak power where desired, which is a significant advantage. “Production” engines are also allowed to change out all internal components including crankshafts, cams, pistons, connecting rods and valves.

“Although this change puts Indian Motorcycle at a disadvantage, we support this as part of AFT’s effort to create competitive balance.”

However, it is with the third of the three rule changes that Indian takes “serious issue with.” This is the change that allows production engines to increase from 38 mm throttle bodies to 40 mm. Indian says that this rule excludes Indian Motorcycle Racing, because the Scout FTR750 is not a street legal production motorcycle.
“Not only does the rule singularly handicap Indian Motorcycle, it represents a significant impairment of our ability to compete on an equal level with every other team in the paddock, specifically on mile tracks.

“We have done extensive testing in this area, and our results have shown that 40 mm throttle bodies produce 20% to 22% more air flow than the 38 mm throttle body. In previous years, larger throttle bodies have been allowed, but limited specifically to larger production motors. This will be the first time that smaller, lighter production motors, similar in dimension and weight to the FTR750, will be able to increase throttle body sizes, creating a significant advantage over larger, heavier motors, let alone over the FTR750, for which this allowance does not apply.

“This is extremely significant on mile tracks where the increased air intake is maximized over the longer straights. Considering that the mile tracks are the predominant racing format in the series, this puts us at a drastic disadvantage and is detrimental to our ability to fairly compete at mile tracks.”

The company went on to say that “it is critical to us that American Flat Track fans understand how these changes exclusively impair Indian Motorcycle Racing.  Despite these changes, we will attack 2019 with the same competitive focus and determination that resulted in back-to-back championships over the past two years.”