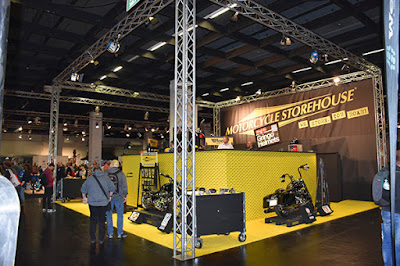 Motorcycle Storehouse: One of Europe’s leading aftermarket parts, accessory and apparel distributors, MCS acquired MAG Europe earlier this year, and with a new headquarters warehouse about to be commissioned near Groningen in the Netherlands, has embarked on an ambitious own brand apparel program that is designed to give the company’s dealers “an edge”. Recent new products include the addition of Dutch made Moto-Master rotors for Harley applications and the Roeg Moto Co apparel program; www.motorcyclestorehouse.com 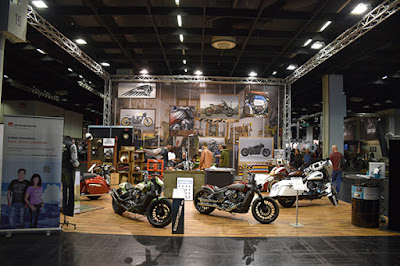 Indian Motorcycle: In addition to the Polaris booth elsewhere in the show, Indian had an INTERMOT Customized booth to showcase the versatility of its Scout and Big Twin platforms. The highlight was the formal launch of the Scout FTR1200/S, which was championed by Indian’s Heroes of the FTR brand ambassadors and has been seen in the 4-race Sultans of Sprint series around Europe this year. Press and public reaction so far suggest that Indian may have hit a ‘Homer’ with the 1200, tapping into the youth/race zeitgeist on both sides of the Atlantic; www.indianmotorcycle.com 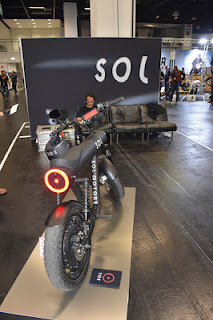 Sol Motors: The Stuttgart, Germany based designer says the 2018 German Design Award-winning ‘Pocket Rocket’ is not an E-bike, as it goes too fast (though it is battery powered), nor a moped, as it has no pedals, but instead is a ‘NoPed’ - “defining a new category of electric two-wheelers,” saying that it is the “perfect urban commuter vehicle.” Described as an “innovative synergy of lightweight design, performance and connectivity, the clear and contemporary design incorporates technology with a functional lifestyle for a modern riding experience”. Made in Germany, it is speed limited for regulatory reasons to 50 mph (80 km/h), delivering 8.5 hp and up to Nm 150 torque. Depending on the mode (three are available - Eco, Sport and Wheelie!), it has a range of between 50 and 80 km, and the lightweight aluminum frame means it weighs just 55 kg, with an 82 cm saddle height. Features include hydraulic braking system, regenerative braking and connectivity via an Android/iOS App. The battery is removable for charging, using a standard outlet; www.sol-motors.com 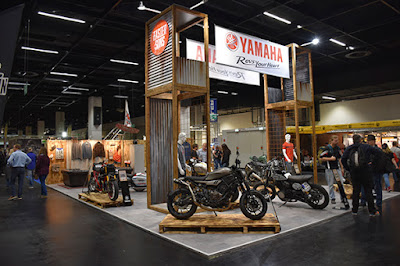 Yamaha: Of the mainstream OEMs, it is Yamaha and its ‘Yard Built’ program that has done most to bring a Japanese manufacturer fully into the custom market from the mainstream. The program has been convincing and produced some outstanding results in the hands of many of the world’s leading customizers and shops. Based on models such as the popular XSR, SCR and XV (Bolt) ‘Sport Heritage’ ranges of 700, 900 and 950 cc naked style bikes and cruisers, smaller machines such as the SR400 and larger models such as the V-Max and XJR 1300, pro-builders and dealers worldwide have embraced the opportunity to explore the ‘art of the possible’ outside of the confines of the orthodox air-cooled V-twin platform and bring whole new
generations of riders and potential customers closer to “the dark side”; www.yamahamotorsports.com 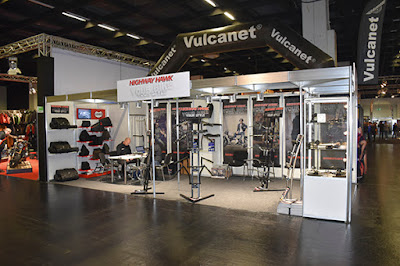 Highway Hawk: “Your Bike - Your Style” is the message from the long-established Dutch parts and accessory specialist; www.highwayhawk.com 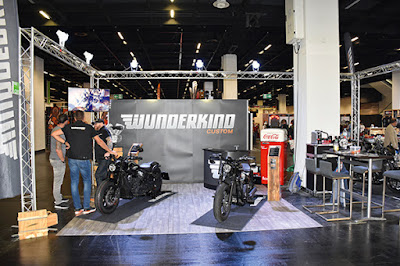 Dr. Jekill & Mr. Hyde: Founded in the Netherlands in 1997 and now under the ownership of Dutch banking giant ABM’s Equity investment arm, the exhaust sound control specialist is competing - and leading - in a crowded marketplace where at least four manufacturers are staking a claim to ownership of the adjustable exhaust sector. Originally stimulated by what appeared to be looming disaster for aftermarket exhaust manufacturers (and performance enthusiasts) as Europe’s regulations started tightening with the 1996 European Motorcycle Multi-Directive, fast forward to 2018 and there are more exhaust brands selling in Europe than ever before. However, the premium will continue to be ever more placed on compliance in the future, as the market eyes Euro 5 emissions standards in a couple of years and the next stage in the battle between noise levels and sound quality; www.jekilandhyde.com 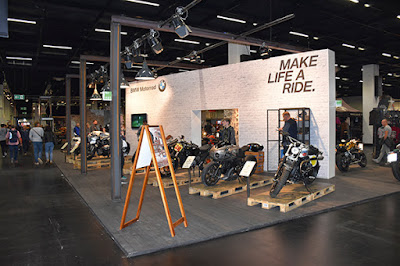 BMW Motorrad: The German manufacturer has long since shed its “Grandad’s Bike” image and embraced the 21st century with growth, diversification and innovation. The second BMW booth at INTERMOT, in the INTERMOT Customized hall, celebrated its all-conquering R nineT family of infinitely customizable ‘Boxer’ flat twins. In 2020, customizers will have a specific Street Custom class in the AMD World Championship in which the art of the possible with these and other contemporary custom platforms will be showcased; www.bmwmotorrad.com 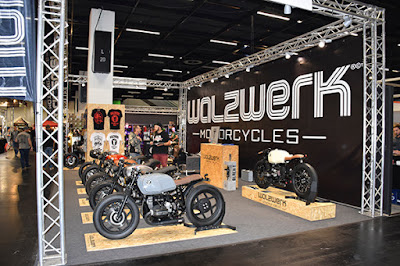 Walzwerk: Chosen to again build the INTERMOT show bike for 2018, founder and owner Marcus Walz brings 30 years and more than 600 custom bike builds of experience to everything he does. Indelibly associated with the ‘Hardcore’, Drag Style’ and ‘Germany’ styles of the 1990s, as Marcus himself says: "Experience cannot be replaced by anything else and you cannot learn the sense for aesthetics any other way. These are the exact two major factors that are essential to long-term success in the custom bike business";
www.walzwerk-motorcycles.com 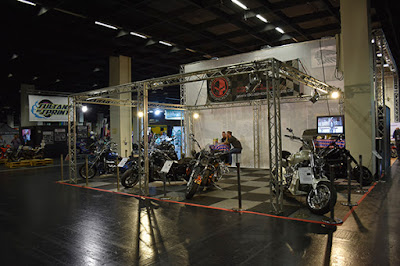 Boss Hoss Cycles: In 1990, American Monte Warne was looking for a bike that provided three to four times more horsepower than any other of the bikes available at the time. There being no such thing, he took the V8 Chevy engine from a StockCar, designed his own frame and headed for Daytona Bike Week. The rest, as they say, is history. Monte’s shop morphed into a large manufacturing facility at Dyersburg, Tennessee, where the frames are built, welded and powder-coated, the Chevrolet supplied engines modified and all the other needed parts produced in the company’s own turning and milling shop. When imports started to make their way into Europe, up stepped Andreas Mueller to establish a European operation where the bikes are specified to meet the road going regulations and homologation requirements. In addition to factory machines, Mueller and his team create individual custom builds - machines that would now qualify for the new-for-2020 Street Custom Class as well as the legendary Freestyle Class at the next AMD World Championship; www.bosshosscycles.de 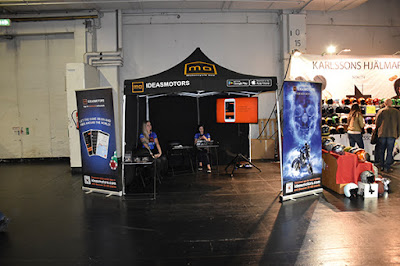 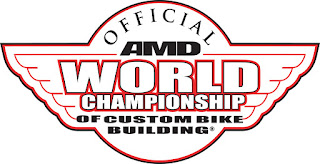