A new and innovative social enterprise aims to put an altruistic twist on motorcycle apparel, and maybe even corner the market

The world's first dedicated not-for-profit apparel brand for motorcyclists, Full Tank Moto is a registered Australian charity chartered with raising awareness of and funds to support men’s health around the world. 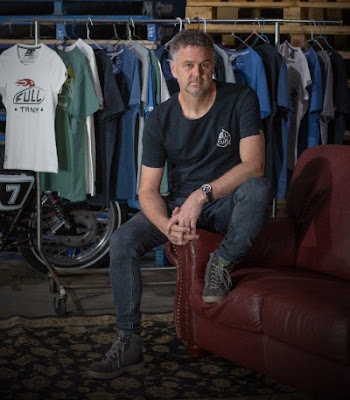 Motorcyclists are a philanthropic bunch, donating tens of millions of dollars annually to worthy causes, Full Tank founder Scott Wilson says. “Why then when it comes to apparel, do we only have choice from ‘for-profit’ manufacturers?” he asks.
“Full Tank looks to challenge that landscape and become a global brand motorcyclists feel not only delivers a great product, but gives back to their health and that of fellow riders at the same time. It’s a way to roll with purpose, every day.”
To this end, 100% of the profits raised by Full Tank will go to the Movember Foundation, which funds ground-breaking research into prostate cancer, testicular cancer and suicide prevention. 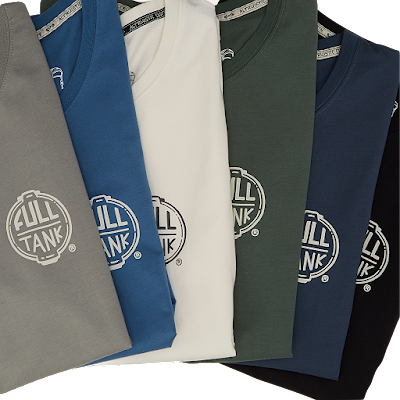 This is something that Wilson is particularly passionate about, as many in this field of social enterprise only pass on a small percentage of their profits. “To make real change and be authentic in life to yourself and others, it is important that you are all in, or not at all.” he explains.

The seeds of Full Tank were sown a few years ago when Wilson learned that a friend’s child had taken their own life. “A teenager with seemingly everything ahead was, without anyone’s knowledge, suffering from depression,” Wilson says.
“In that same week I heard an old school friend had also committed suicide, and another friend just sold his motorcycle simply to keep the family fed. When experiencing dark times, it’s easy to think you’re alone or even broken. I know because I have been there. But with these events, something told me to do more with what I know. What I have. The wheels in my head started to turn.” 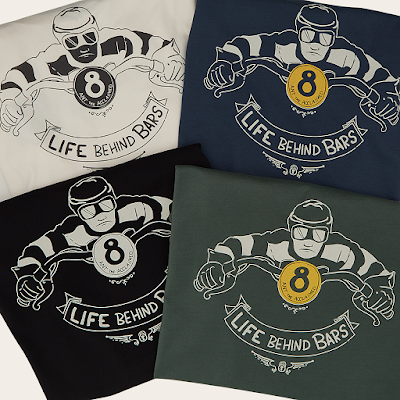 It was a chance encounter with one of the world’s great motorcycling champions that crystallised Wilson’s thoughts and led to the creation of Full Tank.
“Not long after I had moved to New Zealand from my native Australia in 2016, I had a chance encounter with one of New Zealand’s motorcycle greats, Hugh Anderson MBE,” Wilson explains. “A spark ignited when talking of various friends’ plights with mental health, and indeed our own. We shared a common feeling that for men in today’s world, every day is a winding road and that more can always be done.”

Anderson is a four-time Grand Prix motorcycle road racing world champion, two-time Isle of Man TT winner and 19-time New Zealand national champion. But, of course, even such incredible success does not make one immune to men’s health issues. Anderson lost his older brother to prostate cancer and himself was diagnosed as a “text-book case of a manic depressive”, so the aims of Full Tank ring particularly true to him.
“Initiatives such as Full Tank do a great deal to lift the standing of motorcycling in the community,” Anderson says. “The sense of unity provided by the ideal of giving to a well promoted – in this case neglected – health issue, unites us all, and that freedom we enjoy is exemplified in our freedom to give.”

Wilson says the fact that so many people are keen to throw their support behind Full Tank reflects the wide-ranging appeal of the initiative. “It’s about them, and it’s non-sectarian,” he says. “By that I mean, it doesn’t matter what you ride or how long you have been in the saddle, a Full Tank is for all. The brand is here to celebrate the fact that the riding community cares and wants to make a difference.”

You’re a fortunate guy if you roll through life without any hint of trouble on the bike, and the same is true for your health, Wilson adds. “At some point, chances are you, a friend or family member is going to have a challenge with men’s health,” he says. “Full Tank is just another way riders can act, and receive a great product at the same time.”

Full Tank will kick start with a range of t-shirts featuring illustrations that Wilson says look to express the fun, romance and attitude that only motorcycling can deliver. “We wanted to start with an apparel line that allowed us to best express our illustration style, and that was tees,” he says. “Over time that will extend to other lines and, we hope, also act as a brand for current riding apparel manufacturers as well, offering an industry recognised not-for-profit platform to create new product lines that enhance their own philanthropic reputations.”

Wilson emphasises that Full Tank is for motorcycle enthusiasts from all walks of life helping one another to enjoy good physical and mental health. “Everybody deserves a full tank, and I am thankful to the many who have volunteered their time to make that choice a possibility for our riding community around the world,” he says.