A few months ago, we featured an 883 Sportster that Biltwell co-founder Bill Bryant had spec’d for the notoriously harsh NORRA Mexican 1000 all-terrain race in Ensenada, Mexico.
While the ‘Frijole 883” took shape, an unfinished project languished in Bill’s garage – a self-confessed “not great” flat track racer. Bill had decided to try racing a re-built 45” Harley having gotten nowhere on his venerable TT500: “I wanted to give the whole tank shift thing a shot. I built a 45” Harley for the street years ago, but was never that into it.
I loved working on it because of the simplicity and the aesthetic,
but riding it in modern traffic just wasn’t much fun. 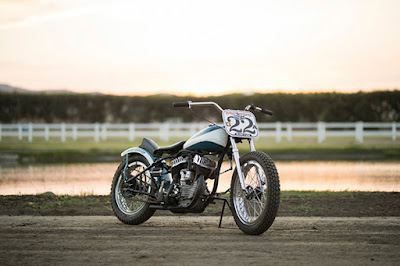 “However, for racing other nerds around in a small circle, an old flathead is a great choice. I picked up this WLA engine as a mostly complete basket case with an original frame that was slightly raked. I took the engine to Rico Fodrey (Hi-Bond Modified, in Pomona, California) for a full rebuild, and we went out to 45’s Unlimited in Anza, California, for a transmission and a bunch of other small parts. 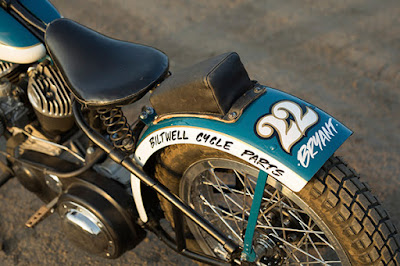 “The frame went to the wizard who is Mike Palazzo at 47 Industries in New Jersey and he de-raked the neck back to stock geometry, added the rear WR-style braces, bored holes in the frame castings and straightened everything out.
“The wheels, WR gas and oil tanks and rear fender were all sourced from W&W in Germany. The foot controls are sourced from Jeff Leighton out of SLC, Utah - less vulnerable than stock controls. The bars were custom bent to my specs by Jason Ball over at S&M in Santa Ana, California.

“With the ‘Frijole’ project consuming most of my “extra” time over the winter, the beautifully rebuilt flatty engine and frame sat lonely in the shop just mocking me and my poor time management skills. Once I realized I just wasn’t going to get it done, I dropped it all back off at Rico’s shop and asked him if he could get it wrapped up by Born Free. He did, and the bike ran great at the Stampede race the Thursday before the show.

“Pete at Hot Dog Kustoms sprayed the 1966 VW Sea Blue and bright white single stage paint, just in time for the race. It definitely looks even better than I imagined, but I’ll probably cry when I lay it down for the first time! As for my performance at the Stampede? I sucked, but I didn’t crash and didn’t finish last – I’ll take that all day long!” 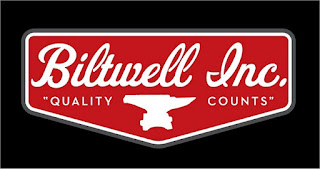