DUCATI PRESENTS THE MONSTER 1200 25° ANNIVERSARIO
The most precious and exclusive Monster ever to celebrate 25 years
of history of the iconic Ducati naked
Limited edition of only 500 numbered pieces
A special colour scheme, machined from solid components,
high-quality finishings, carbon fibre and a lot of technology 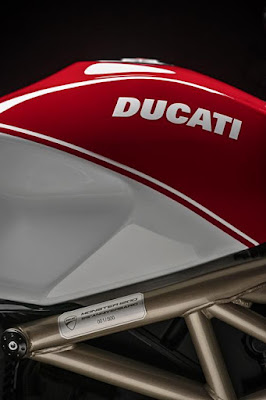 Bologna, Italy, 27 June 2018 – The Monster was first presented at the Cologne trade fair in 1992, production began on 5 March 1993 and in just a few years the bike reached icon status in the world of motorcycles. The model was responsible for launching the category of Naked sports bikes and an ever growing and ever more devoted community of riders grew up around it: the Monster fans. To celebrate 25 years of history of the most iconic of the Bologna-based manufacturer's motorcycles – over 325,000 of them have been made since 1993 – Ducati has decided to create the Monster 1200 25° Anniversario. 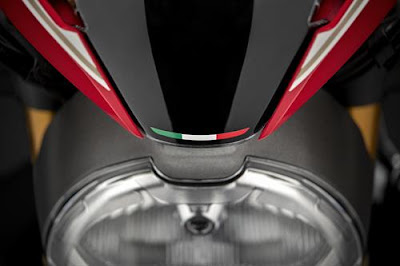 Only 500 numbered motorcycles will be produced of the Monster 1200 25° Anniversario , which for Ducati embodies the maximum expression of a Naked sports bike. It is characterised by an exclusive livery featuring the three colours of the Italian flag on the nose fairing, fuel tank and passenger seat cover, inspired by the 2008 Monster S4RS Testastretta Tricolore. The special colour scheme partners perfectly with the prestige seat which is embroidered with the 25th anniversary logo. The gold coloured frame and forged Marchesini wheels with W spokes in the same colour are another distinguishing feature of this Monster, which also has numerous other prestigious details machined from solid, such as the mirrors, frame plugs, handlebar end weights and the petrol cap, which is a standard fitting. The articulated brake and clutch levers as well as the plate holder are also in aluminium, while the front and rear mudguards, the keyhole cover and the exhaust heat guard are in carbon fibre. The Monster 1200 25° Anniversario  also comes with a bike cover, decorated with the particular logo of this special limited edition. 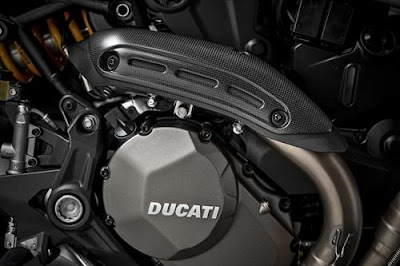 As for the chassis set up, the Monster 1200 25° Anniversario boasts the best anyone could wish for on a Naked sports bike. The tubular steel trellis frame and single-sided swing arm in aluminium are paired with a fully adjustable Öhlins fork with 48 mm diameter stanchions, an Öhlins rear suspension which is also fully adjustable, as well as a steering damper also supplied by the Swedish firm. The first-class braking system is made up of two 330 mm diameter Brembo discs paired with Brembo M50 monobloc callipers. The rear 245 mm diameter disk is matched with a Brembo caliper. 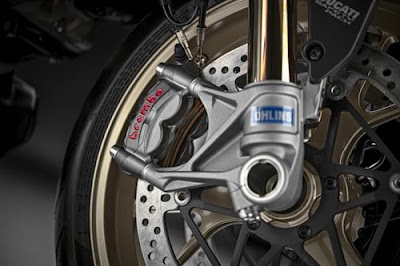 The Monster 1200 25° Anniversario  is equipped with the latest evolution of the Testastretta 11° DS which guarantees high levels of power and torque as well as fluid and full delivery even at low revs and a manageable accelerator response that's always gradual, ensuring maximum riding fun. 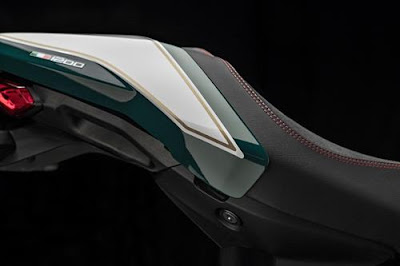 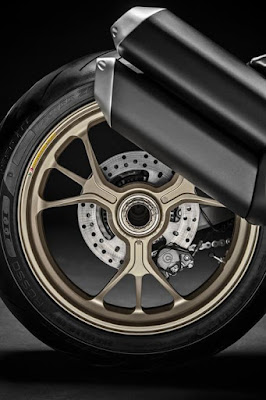 Thanks to the constant attention paid by Ducati to quality and reliability, the Testastretta 11° DS engine of the Monster 1200 25° Anniversario guarantees long maintenance intervals - the regulation of the valves, for example, is due every 30,000 km.
The impressive electronic package features three different Riding Modes (Sport, Touring and Urban), as well as an Inertial Measurement Unit (IMU) which supplies information to the ABS Bosch Cornering and Ducati Wheelie Control (DWC) systems. Thanks to these high level electronic systems, which also include Ducati Traction Control (DTC) and Ducati Quick Shift Up and Down (DQS) for swift gear changes without using the clutch, the Monster 1200 25° Anniversario guarantees authentic Ducati performance that is manageable and suitable for all riders, as usual also providing a high level of active safety control. 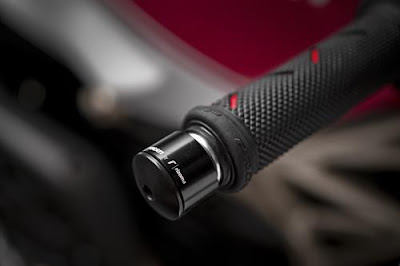 The colour TFT instrument panel provides all the necessary information and allows the rider to regulate the Riding Mode settings through a pleasant and user-friendly interface.
In addition, the headlight is equipped with a DRL (Daytime Running Light) system, which ensures perfect daytime visibility and allows for the motorcycle to be seen immediately. 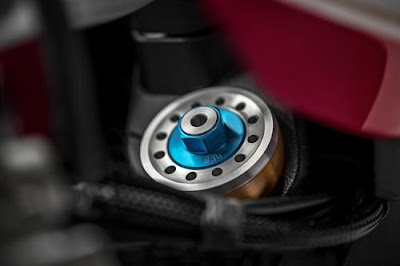 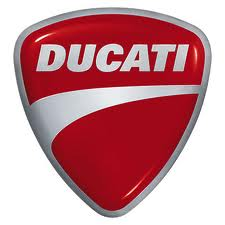