#CCEtoo!
Configure your Custombike the way you feel!

As it is widely known, there are also female riding and customizing members in CCE's staff, most of which never have had any problems with any "Political Correctness" (PC), but the times are changing. Following up on the "#metoo" discussion in the media on sexual harassment, Custom Chrome Europe is again spearheading the scene in a bold move to eliminate all gender related terms – and potentially offensive images – from the pages of their catalogue and websites, effective April 1st 2018. 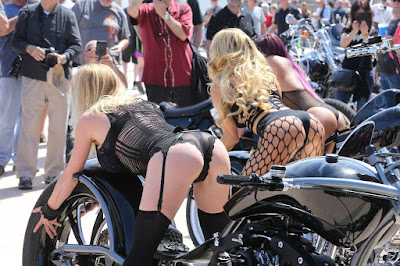 PCcorrect Screw Sets
The political-correct dressed tech-team of Custom Chrome Europe presents the CCE LEFT/RIGHT/ZERO PITCH Screw Sets at the Boardwalk Show 2018 in Daytona,
starting with the rear axles of the bikes.

Not just will plugs (currently also under discussion as not "PC") and connectors be no longer signed as "male" or "female" – a sexist and offensive term in workshops ever since the invention of electricity – the Custom Chrome Europe team has decided to take the theme even further. 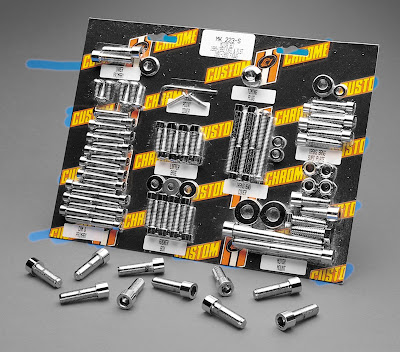 That's CCE's current Screw sets as we knew it are delivered to the workshops and builders.

Under the cover of secrecy, CCE has developed complete "CCE PC Screw Sets" that allow any stock Harley-Davidson, Custombike and the new Indian models to be converted to either LEFT-HAND-THREADED or RIGHT-HAND-THREADED screw configuration. So in the future you will be able to work political correct on motorcycles which screws either turn all clockwise or counter-clockwise. As discussions about introducing a third (neutral) gender, in particular in Germany and other parts of Europe, are well under way, the ever inventive CCE team also added the option of a ZERO PITCH THREAD screw set which, due to its character and design issues inherent in the technology, might prove to be difficult to use in everyday workshop routine, but if you want to be "PC", you gotta have it! 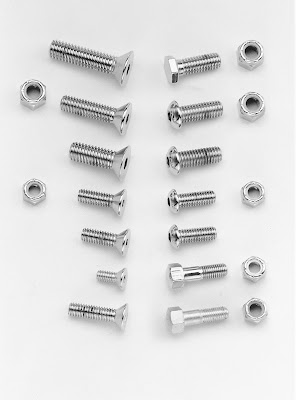 Screw Set as we knew it
The different head styles are not (yet) under discussion of being gender correct or sexually assaulting, but we know that can change with a tweet or hashtag...

After two years of secret development, nobody of the  team was able to connect nut and bolt yet. Good news is, all sizes are already in stock – and the different head types are not under discussion – yet.