Polaris CEO Scott Wine said: “I am proud of the Polaris team and excited to see their dedication and hard work pay off as we returned the company to sustainable profitable growth in 2017. Indian Motorcycles massively outperformed the motorcycle industry, building on its existing momentum with a flood of product news and a very successful year on the race track.
“We accelerated North American demand for side-by-sides throughout the year, led by strong retail sales of RANGER and Polaris GENERAL, along with increased international sales growth in all regions outside North America. Additionally, we made significant investments and improvements in our people, processes, product innovation and quality, which led to notable execution improvements in our Off-Road Vehicle business, marked progress on the TAP integration, and a substantial upgrade of our quality control systems and infrastructure. 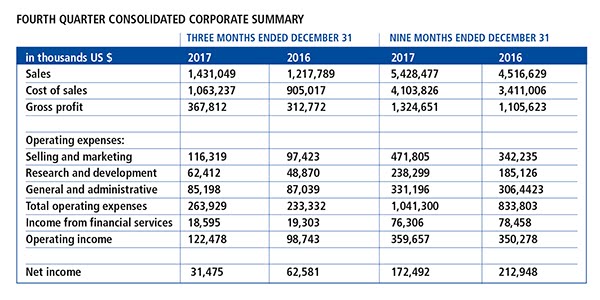