Omar Jumiran of Eastern Bobber Custom Cycles will be the first Malaysian builder to compete in the AMD World Championship of Custom Bike Building after winning the AMD affiliated custom bike show at MotoNation, a predominantly automotive expo held in Putrajaya, just outside the Malaysian capital Kuala Lumpur. 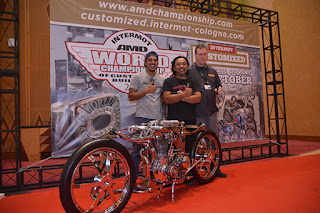 The bike show was the culmination of a series of competitions held at promotional “Road Shows” throughout the year, with the winning bikes invited to compete in the Grand Final.
Omar’s Chicara-inspired bike “BoneX” was entirely handmade apart from the tires and 1967 AJS16 350cc single cylinder engine. Built in just four months, Omar’s bike features his own 5-speed inline transmission and “Double Arm Freek” front end design.
The inaugural event attracted 80,000 visitors over three days, and it is hoped to expand the number of motorcycle industry exhibitors and incorporate an expanded format custom show next year. 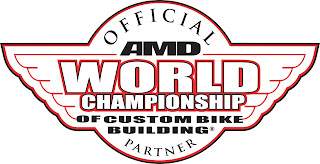