At last week’s 2018 Retromobile, event partner Les Grandes Heures Automobiles (LGHA) staged one of the most popular attractions at the important annual Paris historic vehicle show
LGHA filled its prime exhibition space at Retromobile with around more than a dozen significant vehicles that have all broken speed and/or endurance records at the LGHA event’s home; the famous banked Linas-Montlhéry circuit, just south of Paris. 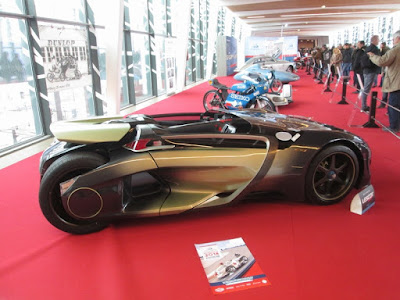 This popular Retromobile display gave a flavour of what LGHA participants and visitors can look forward to at the three-day 2018 event in late September (28-30)
Ex- Montlhéry record-breaking vehicles on show including the 1927 Voisin des Records, 8-litre 1934 Panhard 35CV, 1957 Velam Isetta ‘torpedo’, the electric 2010 Peugeot EX1 prototype, and even the endurance Peugeot 104 49cc moped that averaged 32 mph in 1971, ridden by a 12-year-old boy and later Le Mans Moto winner 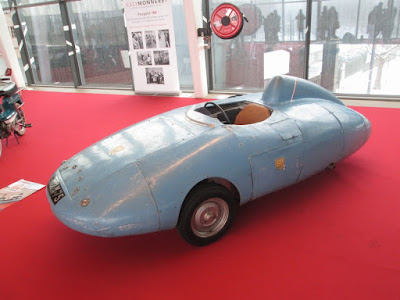 The fearsome ex-Sebastian Loeb Pikes Peak Peugeot 208 Turbo 16 was also displayed, as memorably demonstrated on the Montlhéry banking at last year’s LGHA by the nine-time
WRC World Champion himself 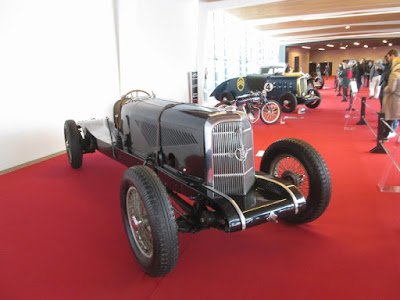 Due to popular demand, an additional day (Friday) will be added to LGHA, with the 2018 event being held over three days at the Montlhéry circuit, on 28-30 September 2018
2018 LGHA entries now open for all participating vehicles and car clubs to attend late September’s event, with advance entry tickets now also available 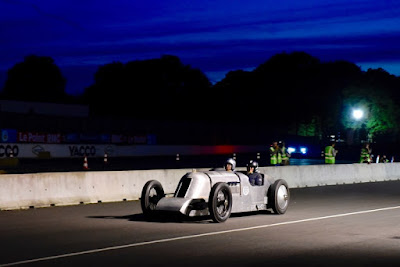 Following-on one year after the LGHA’s popular Group B rally car 30th anniversary display at the 2017 Retromobile, for 2018 the LGHA team staged another ‘must-see’ exhibit with its special ‘Les Grandes Heures de l'Autodrome’ presentation. LGHA displayed over a dozen significant ex- Montlhéry speed and endurance record-breaking cars and motorcycles to illustrate the long history of the Linas-Montlhéry Autodrome, the legendary banked ‘world of records’ circuit where the LGHA has been held every September since 2015.
LGHA’s 2018 Retromobile dedicated feature display gave a strong taster of what spectators can expect to see in action at this September’s LGHA – now being held over three days for the first time, due to popular demand – from 28 to 30 September at the Autodrome de Linas-Montlhéry, near Paris.

Pre-war Montlhéry record breaking cars that formed part of the extensive LGHA display at Retromobile included the imposing 7-litre 1927 Voisin des Records – a crowd-pleasing favourite seen in action at last year’s sell-out event – as well as the huge 1934 Panhard et Levassor 35CV, an 8-litre, 290bhp cigar-shaped missile, which achieved an average speed of 132 mph for an hour. The famous Montlhéry 1933 Citroen ‘Petite Rosalie’ was also shown.
A later record-breaking Citroen, the 2CV Bardot ‘barquette‘ that scooped nine international records in 1953, was joined by another equally-unlikely record breaker, a single-seater bubble car-based Velam Isetta, which took the Class K sub-250cc record with an average speed of 66 mph over 24 hours in 1957!

Record-beating Peugeots also drew the curious crowds, such as a special Darl’mat-bodied 1953 402 DS, plus the more recent EX1 electric prototype from 2010 . A standard 49cc Peugeot 104 moped, which covered 1,257 kilometres in 24 hours at Montlhéry , at an average speed of 32 mph, ridden by the father and son team of George and Phillipe Monneret. Philippe was just 12-years old at the time, and later went on to win the two-wheeled Le Mans 24 Hours Moto in 1991.

Following its stand-out performance in action at the 2017 LGHA, with Sebastian Loeb at the wheel, the Pikes Peak Peugeot 208 Turbo 16 was also displayed on the LGHA stand at Retromobile, much to the visitors’ delight.

Entries to this September’s three-day LGHA for participating cars and motorcycles, drivers and riders, plus the large number of enthusiastic car clubs expected to attend the 2018 event, are now open on the LGHA website, as are advance entrance tickets
Posted by Onno "Berserk" Wieringa www.madnessphotography.nl at 06:20