See the Fat Max in action in this video

GOC Harley-Davidson Rzeszów, the largest Harley-Davidson dealership
in the Central-Eastern Europe, presents its latest motorcycle which is
an original H-D machine modified in a unique way. 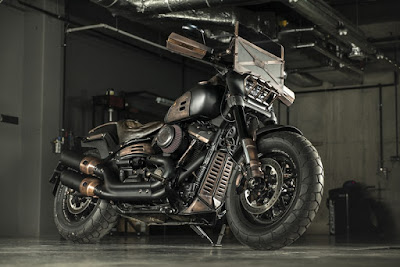 Base model of a motorcycle modified by GOC Harley-Davidson Rzeszów is H-D Fat Bob 114" 2018. The main theme of the machine and the inspiration of its customization are vehicles from the Mad Max movie series, therefore right from the start it was supposed to be an aggressive, very fast motorcycle that can cope with every terrain and ride both on and off the road. The combination of the base model name and the movie title gave birth to vehicle’s name - Fat Max. 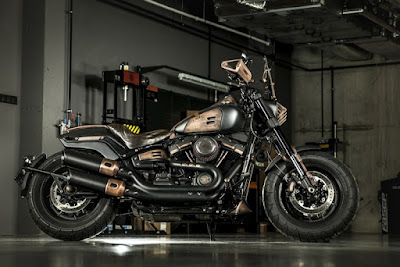 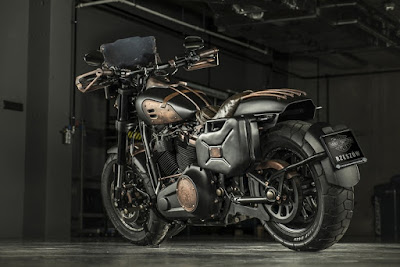 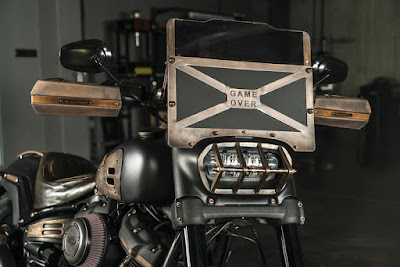 In the Mad Max series the vehicles were built from parts that could be found in the post-apocalyptic world, in other words from scrap metal. Fat Max is the embodiment of dirt, chaos and aggression characteristic of the climate of Mad Max films, while maintaining the reliable functionality of the Harley-Davidson motorcycle. In construction it is manifested by the use of
new parts that have been selected or modified in such a way as to emphasize the aggressive nature of the vehicle and at the same time be fully functional. 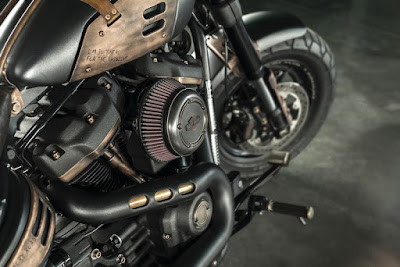 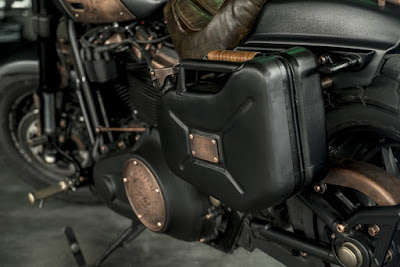 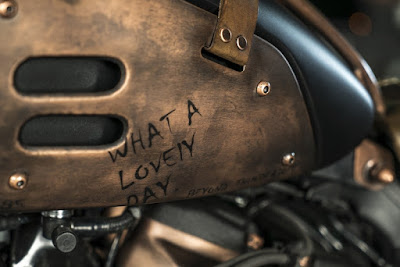 The Fat Bob 114" 2018 in its basic version is a pugnacious and very dynamic motorcycle, and the customization based on elements taken from the Mad Max film series intensifies both its appearance and functionality. Basing on the main motives of films, so motivated by the will to revenge the war for life and death between a policeman (Max "Mad" Rockatansky) and a motorcycle gang, the constructors created not only a motorcycle that could be created in the post-apocalypse world, but also one, which would allow to survive in it. In a lonely fight, the hero escapes or chases, and his only companion is death breathing down his neck. Therefore, the modification of the motorcycle is based on the elements that protect the body of the rider and also give the machine significant power. Additional attraction of the design are quotes from Mad Max films that are a part of vehicle’s painting. 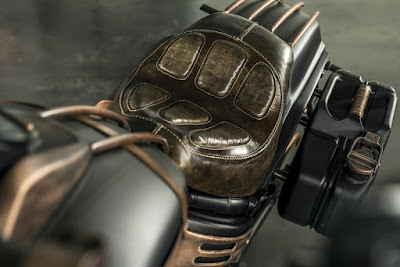 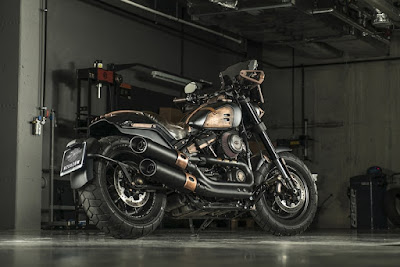 Customization works and parts expressing bike's theme:
- front plow (front cover of the frame at the bottom of the engine) - gives the motorcycle more aggressive look and at the same time protects from stones that could fly out from under the front wheel and damage the engine 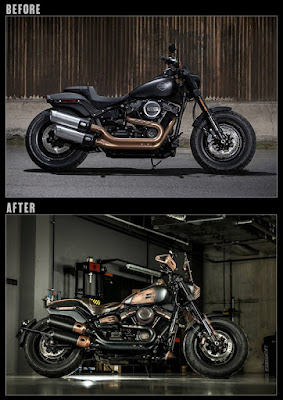 - steering wheel covers - they provide one of the basic functions of the vehicle (indicators are mounted in them) and at the same time protect driver's hands from cold and objects, e.g.branches
- front windshield (based on armored plate) which position and height can be adjusted., protects against wind and objects 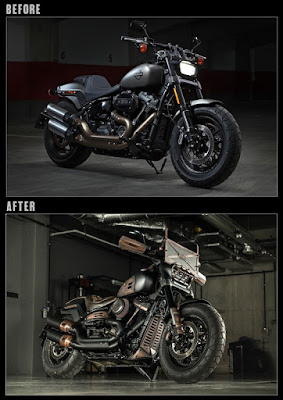 - side trunk made of fuel canister
- increasing the power of the motorcycle through the use Harley-Davidson Screamin' Eagle Performance Parts, such as: exhaust system, air filter and Super Tuner
- usage of custom parts from the Harley-Davidson Brass Collection series, which gave the motorcycle the raw appearance of a vehicle made of brass
Customization: Game Over Cycles
Leather seat: KM leather design
Airbrush: Moto-Paint 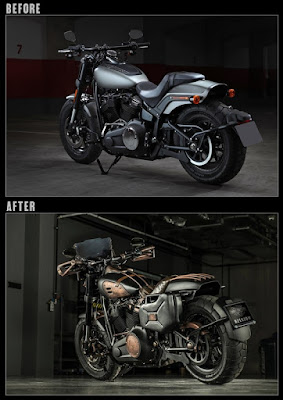 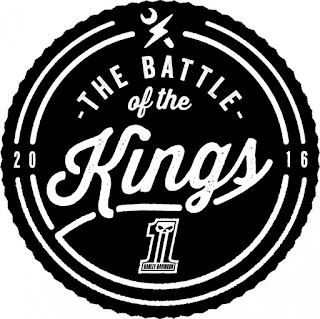 Basic rules of the Battle of Kings 2018 are:
- Modified motorcycle must be a model from the Street, Sportster
or the latest Softail 2018 family
- Budget for the purchase of accessories and parts used in
the modification can not exceed 6,000 EUR
- At least half of the custom parts must be used from the official
accessories and parts catalog of the Harley-Davidson brand.

Bike participating in the Battle of the Kings were finished by January 2018. Currently there is public voting ongoing, which finishes on February the 15th. Three bikes with the largest number of votes will get to the regional finals, where the winners will selected by a group of professionals from the Harley headquarters in Oxford and Milwaukee. All the reginal winners will then go head-to-head against other regional finalists at a Grand Final to take place at Milan's EICMA exhibition in November 2018. Voting for bikes takes place here:
https://customkings.harley-davidson.com