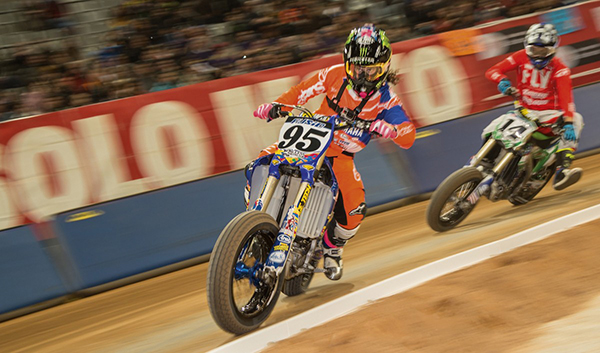 On the outside looking in was former Moto 2 World Champion/reigning MotoAmerica Superbike Toni Elias. The No. 24 Yoshimura Suzuki rider took top honors in the Superprestigio Class and got off to a great start, but fell victim to some good ol’ fashioned American-style short track racing, ultimately getting shuffled back to fourth. Completing the top five was Italian Fabio Di Giannantonio, a solid effort for the Moto3 rider on the No. 21 Zaeta.
Next up for the stars of American Flat Track is the Bigger, Faster and Better DAYTONA TT on March 15, 2018, at Daytona International Speedway.
www.americanflattrack.com