From sunup to sundown, SeaLegs at the Beach in Bolsa Chica was at capacity and filled with lovers of all types of creativity and counterculture. At any given moment, engines could be heard on the purpose-built hooligan flat track while waves were crashing as some of the West Coast’s best surfers competed for bragging rights in the WCBR Surf Competition. Live music from talented bands such as Black Uhuru, Unwritten Law, and Lit performed until the doors closed on what many thought was one of the most entertaining and authentic moto events to hit the coast of California in years. 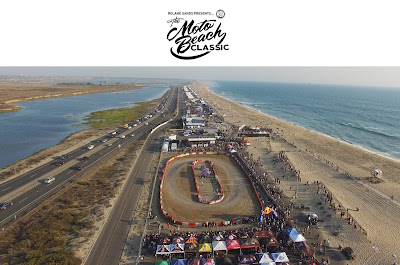 At the core of the festival were the race pits, with over 120 hooligans, veterans and professional racers from across the nation orchestrated into a compact carnival. With over 40 Super Hooligan racers signed up, the points series finale of the Roland Sands & Indian Motorcycle Super Hooligan National Championship (SHNC) was primed to be one of the most exciting race events held in recent years. The ultimate prize, an Indian FTR750 was up for grabs to the SHNC Series Champion. Super Hooligan was not the only race on deck. The BMW Boxer Cup Challenge had a host of talented riders, and the Law Tigers Mini Moto Race brought out its fair share of characters. The Moto Beach Classic provided entertainment for everyone. 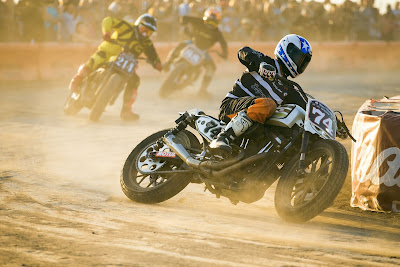 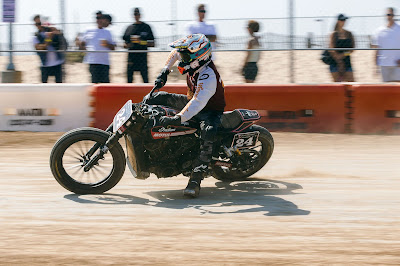 The Architects of Inspiration was one of the centerpieces of the Moto Beach Classic event with a curated collection of unique installations inspired by surf and motorculture. Initially structured to solely be an art collective and bike show, the Architects of Inspiration grew to be a
larger platform that included more creatives, such as live muralist painters, local music gurus, as well as international builders. The vendor village expanded from asphalt to sand with industry leading manufactures, local dealerships and iconic style makers. This eclectic grouping of large companies and individual shops lent to a high energy atmosphere where attendees could enjoy a cold beer at the Pacifico Airstream or opt for a spiked drink served up at the Red Bull Energy bar. It truly was a feast for the eyes and ears, surrounded by breaking tides and the vibrations of motorcycle racing and great music. 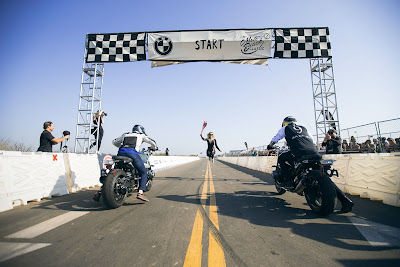 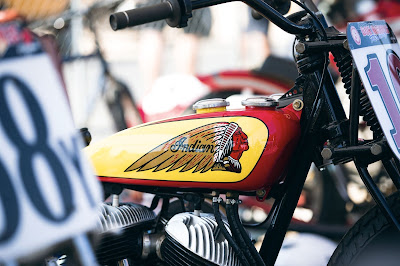