Check out all the 600 Harley & Snow 2017 photo’s on www.madnessphotography.nl 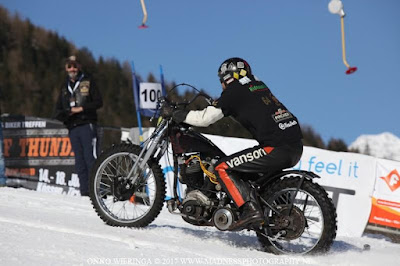 Harley & Snow: snow, sun, a steep, well prepared piste and 170 race teams, anxiously waiting to get on their bikes, ready to ‘Kill the Hill’. Vollgas! or ‘Wide Open Throttle!’ is the only rule. Except of course the usual safety features, checked on Friday night and after a good party the riders got their first ‘taste ‘ of snow on Saturday morning. Some even literally, as not all the riders are used to snow, let alone Mountains! As last years, this Harley and Snow edition was an international race, with competitors coming from Italy, Germany, Switzerland, The Netherlands, Austria, Luxembourg etc. 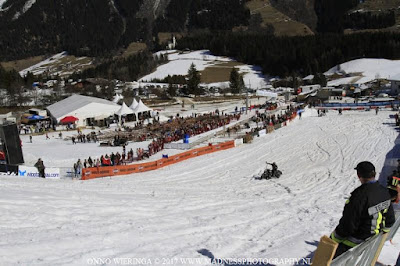 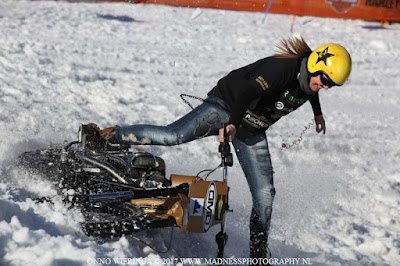 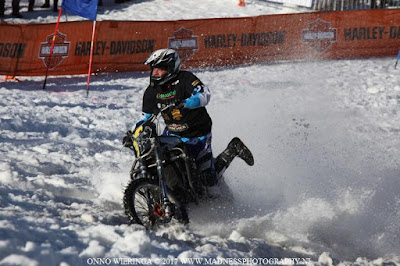 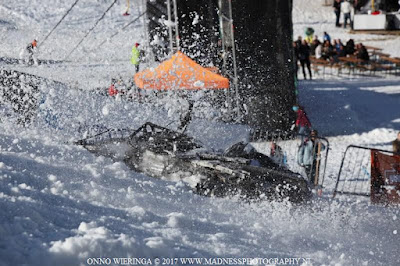 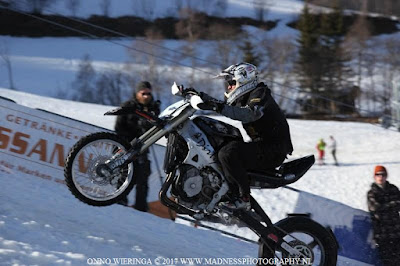 Friday was a cold day, but the weekend made up with clear blue skies and almost too much sunshine, which caused the snow to get too soft, creating huge problems for many riders whom had the ‘luck’ to have to race in the afternoon. Deep, soft tracks were hard to avoid, good riding skills and lots of brute power were needed and even that was not always enough to to reach the top at the 210 metres mark. Race & Snow Hillclimbing, an event that’s completely different than other Harley events or races, is all about fun in the snow. 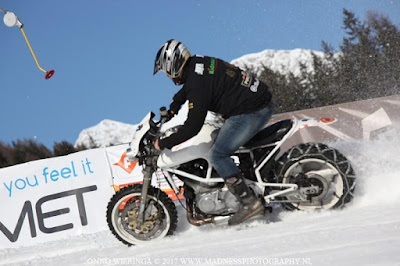 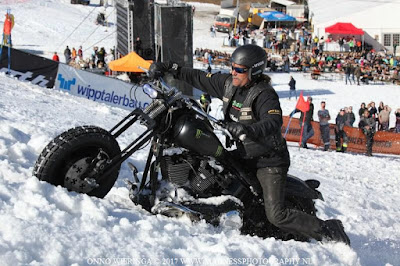 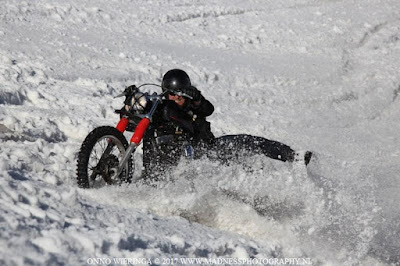 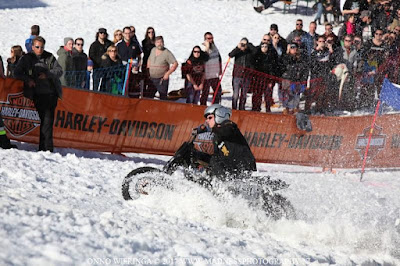 The good thing is that everybody can participate in the race, in which 5 categories try to reach the finish. It’s hillclimbing, but on snow. The piste is quite steep, but well prepared and the classes Harley Stock Bikes, Harley Vintage Bikes, Harley Performance Bikes, All Bikes and Open, all try to make it to the top in the quickest time possible. And that’s not an easy thing on those heavy machines and guarantees a great and spectactular sight! Good thing is that because of the snow, nobody gets injured when falling and the Motorcycles did not have any damage
after a bit of ‘Snow Tasting’. 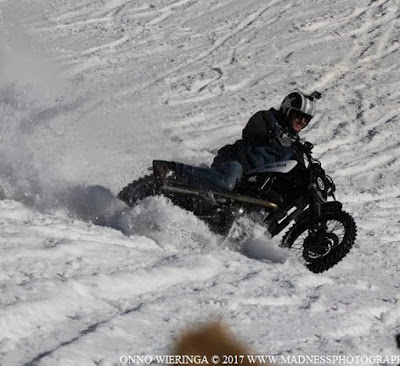 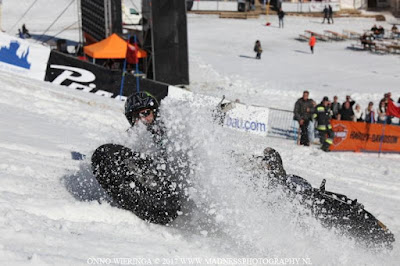 Live Music on the stage, helicopter rides, plenty of room to sit and relax, eat and drink, it was a great weekend in Ridnauntal. And on top of that, the chance of winning the lottery, a custom built machine by Orange County Choppers, delivered by helicopter! Organiser Daniel Geppert, and his Harley & Snow Team, H-D Bozen and Ridnauntal did a great job organising the spectacular event, with a big Thanks to generous sponsors like Hotel Plunhof, Ridnauntal,  Kess Tech, Terme di Sirmione, Pircher Grappa and The Rokker Company! 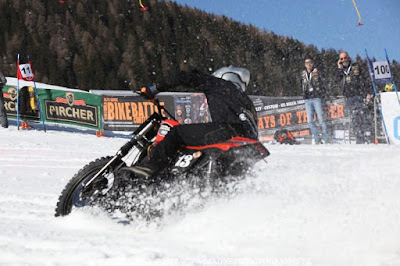 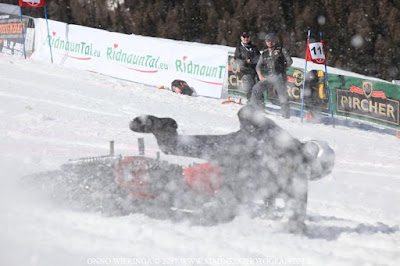 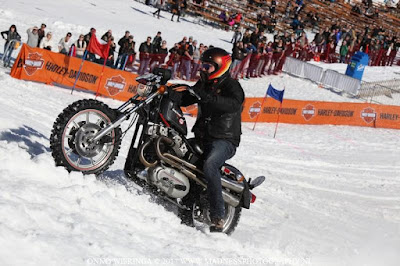 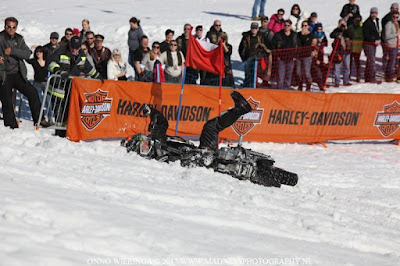 This year’s Harley&Snow event was again a huge succes, both for riders and public. Only a few girls participated in the Race&Snow Hillclimbing, of whom only the brave Martina Zunk rode the big Harley all the way up the hill and through the finish! 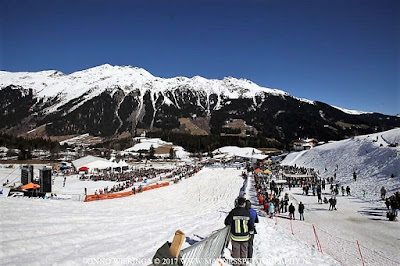 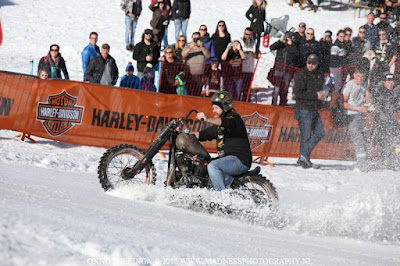 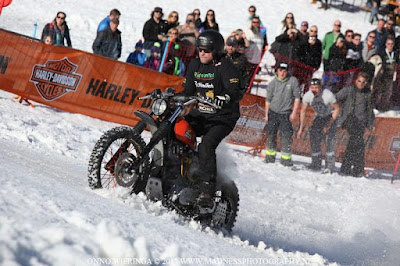 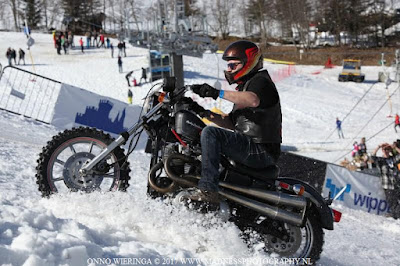