Triumph Groningen (in the North of The Netherlands) built this stunning interpretation of a Salt Lake Racer, based on the new Triumph Street Twin. 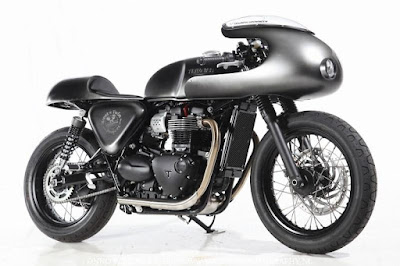 Leonard and Rinaldo sat together and got their inspiration from the pre-sixties café racers and Salt Lake Racers.  “A modern machine with hand crafted parts, reflecting the old racers,” Leonard explains, and Rinaldo says, “The bike had to look like it has ran a dozen times on the Lake, so we matched the paint, and that’s why the fairing looks slightly damaged around the edges.” 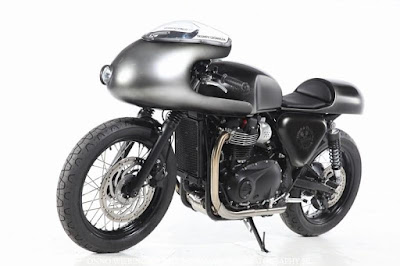 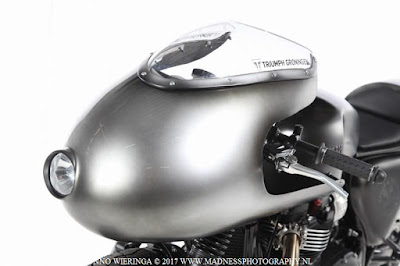 Owner of Triumph Groningen, Leonard, built this bike with help and design of metalworker Rinaldo, who hand crafted all the sheet metal. “For over ten years, Rinaldo and I planned on a project we could build together. The Triumph Street Twin Competition proved to be the perfect opportunity.” Rinaldo made the fairing and tail end, hand crafted out of 1 mil metal. “On the way back after we had our First meeting, I already designed the Parts. We looked at the old belly tank racers, Leonard wanted something similar, but smaller and lower. I made the ground plate for the seat and than strated rolling the metal plates into the fairing you see on the images!” 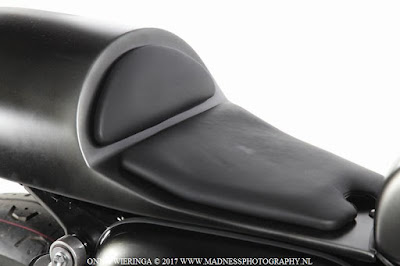 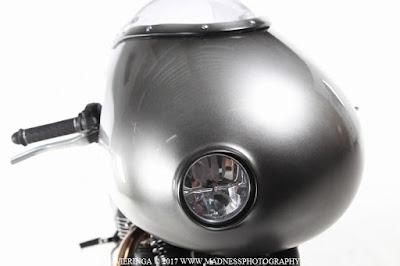 “Working closely together, mutual respect. A true example of how a project can be build when there’s a good deliberation with all the people involved. It’s a Triumph Groningen project, but we couldn’t had it built without everybody’s help and good ideas,” Leonard says. 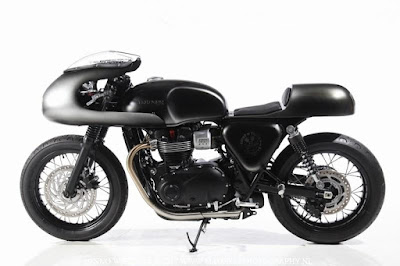 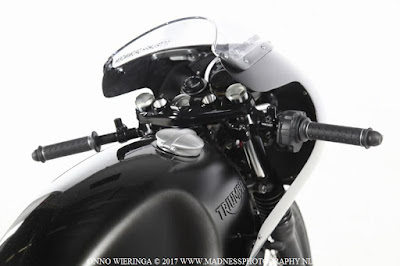 Details to notice are not only the fairing and seat, but also the riders position, the off-center head light, the detachable license plate (the bike is ‘road legal’) and the horn and starter button, ‘hidden’ in the bar ends. But also the team did to keep the project within the budsget that was set, like ‘wiringh’ the grips, using the oem headers, using a tail light that’s from a car and hidden behind the glass Triumph logo in the back seat hump,  cutting levers to make them look more racey, the foot pegs and special made front wheel. 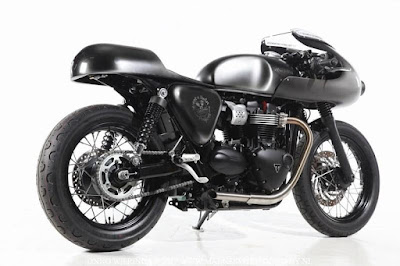 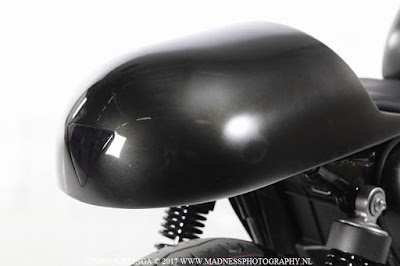 The creativety, hand crafed parts, technical innovations and the overall design made this bike winner of the Dutch dealer built competition, in two weeks time, Dutch and Begian winners both will be judged at the MOTORbeurs in Utrecht, The Netherland’s biggest Motorcycle Fair, where the overall winner will be announced. 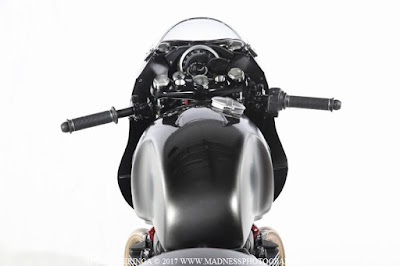