First Sturgis Buffalo Chip® Concert Announcement for 2017
Move it on over for George Thorogood!

Sturgis, SD (February 7, 2017) –George Thorogood and the Destroyers will be performing for fans at the Sturgis Buffalo Chip® on Thurs., Aug. 10 and they’re still “Bad to the Bone.” The band’s show will follow Doug Danger’s Rattlesnake Jump, an attempt to jump Evel Knievel’s 1972 Harley-Davidson 120ft. over a pit filled with live rattlesnakes. 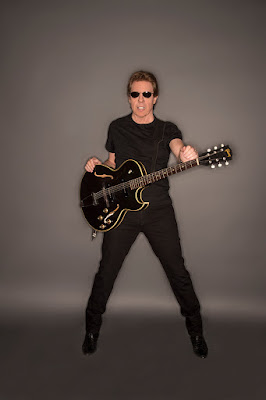 George Thorogood And The Destroyers has been a nonstop touring rock and roll machine since the ‘70s, celebrating 40 years of performing together in 2014. In that time the band’s signature snarling, buzz saw bluesy rock ‘n’ roll blend generated classic rock staples like “Bad to the Bone,” “One Bourbon, One Scotch, One Beer,” “I Drink Alone,” “Who Do You Love,” “Move it On Over,” and many more.

“George Thorogood is bringing some of the most well-known hits in the world to the Chip this summer,” said Rod Woodruff, Sturgis Buffalo Chip President. “And if you’re in the crowd you’ll get to experience the power of these classic tunes in the best way possible, through the band’s explosive live performance. I expect everyone in the audience will be singing along to every word.”

The Buffalo Chip plans to announce more headlining main stage entertainment in the coming weeks. Those interested can get more info and purchase passes at BuffaloChip.com 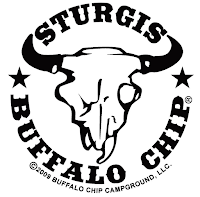 About The Sturgis Buffalo Chip
The Sturgis Buffalo Chip® is the Largest Music Festival in Motorcycling®. It is the world’s first and leading entertainment destination for the motorcycle enthusiast and 2017 South Dakota Excellence in Tourism Innovation award winner. Since 1981, the venue’s high-profile, nine-day festival, known as The Best Party Anywhere®, remains one of the world’s most televised and longest running independent music festivals. Located three miles east of Sturgis, SD on 600 creek-fed acres, it offers eight stages of entertainment, a swimming hole, bars, mouth-watering food, showers, cabins, RVs, camping and more to visitors traveling from all corners of the world. The Chip's concerts are free with camping. More details are available at www.BuffaloChip.com.