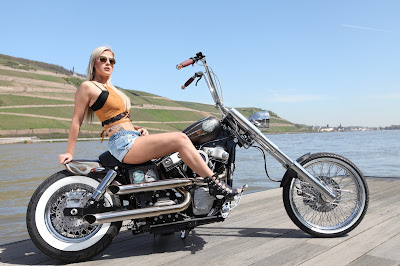 Highlighting the rubber-mounted "naked" Big Twin Models of Harley-Davidson from 1982 to now, the Custom Chrome International Bike Show Series Italian Championship will feature additional thrills with the introduction of the "FXRs of Verona" class for the 2017 event. US-based FXR specialist KIRK TAYLOR and Swiss International Customizer DANNY SCHNEIDER will share the effort of bringing together as many European and International modified and customized FXR and Dyna motorcycles as possible and the CCE Bike Show Team will have the bikes then judged by national and international magazines and international builders, to get the best bikes of Verona awarded. 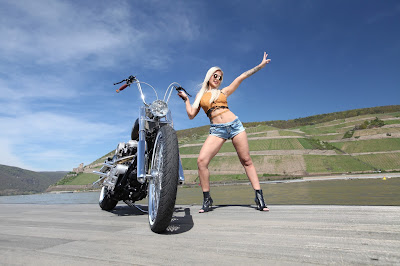 Introduced in 1971 the first FX took the frame from the big “FL” and combined it with the fork and front wheel of the “XL” Sportster, thus the “FX” series was born. A brainchild of Willie G. Davidson, the bike was named “Harley’s first stock Custombike” and its numerous variations became a sales success. In 1982, the first FXR – the "R" standing for "Rubbermout" motor and gearbox – was introduced and remained in production until the FXR & FXLR models in 1994. With low production numbers and the original "FXR" out of production more than 20 years ago, it was decided to "widen" the class definition to the current Dyna models, which in spirit and technology are a successor to the "classic" FXR. Introduced in 1991 with the FXDB
"Sturgis", followed then in 1992 by Dyna Glide Custom & Daytona, from 1995 on, only Dyna's frames were manufactured, production numbers exploding with the 2006 introduction of the "Street Bob".

With Custom Chrome Europe's history of ridable and sometimes extreme Dyna-based "Bolt On and Ride" bikes, the team is looking forward to see the best Custom FXRs and Dynas from all over Europe assemble at MOTOR BIKE EXPO 2017. As a matter of fact, "stock" FXRs may also stand a good chance, since early FXR-models, equipped with 80 Cubic Inch Shovelhead motors, are "collector items", in particular the first FXRT "Sport Glides". CCE's own 2016 BOAR bike, Mainhattan-built "Grateful Sled" (a surprise Dyna Chopper!) will be present at MBE Verona, but NOT take part in the competition.

Complete details of the upcoming event and bike show information will be available "online" soon at www.custom-chrome-europe.com, but competitors can enter their bikes for PRE-NOMINATION at bikeshow@customchrome.de.

Bikeshow entries can be presented at the EXHIBITOR BOOTH of the particular builder/manufacturer OR, (for participating privateers and custom shops that don't have a booth), the bikes can request to be entered into the LOWRIDE Bikeshow by contacting bikeshow@lowride.it.