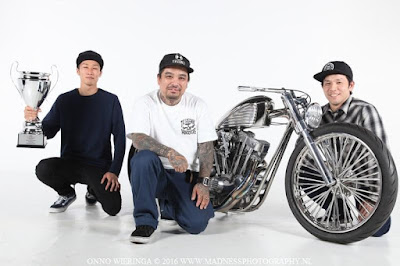 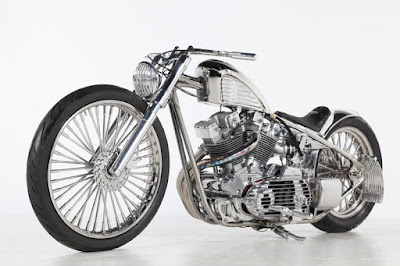 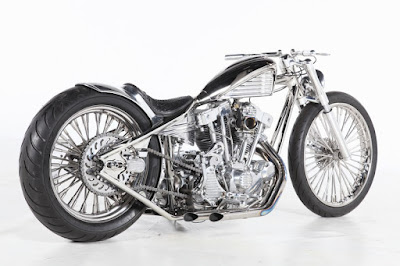 Voted for by the competitors themselves, this is the third time that a customiser from Japan has taken the Championship ring home, and in a close field of Freestyle class entrants, Suicide Customs was the clear choice of his fellow competitors as their Champion for the next two years. 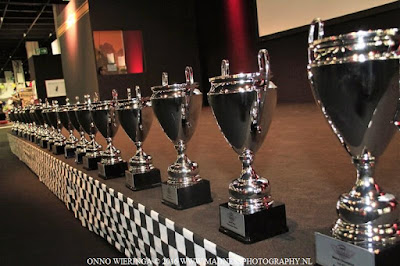 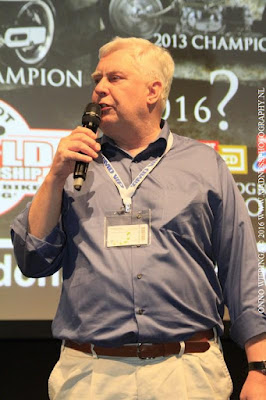 Suicide Customs’ 1000cc V-twin “Rumble Racer” has quite a back story. Crated for dry shipping to Europe several weeks before the show, Koh Niwa had tense days and late evenings at the World Championship before managing to get the bike fired up and completing the necessary run test (video available) to be able to qualify for prizing – his determination in the face of tough odds won the admiration of the “Class of 2016”. 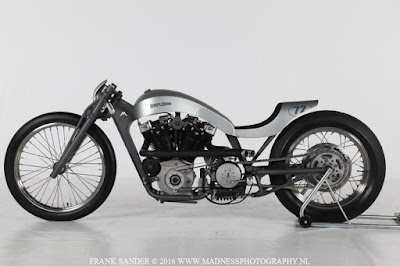 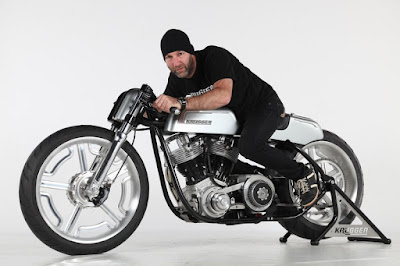 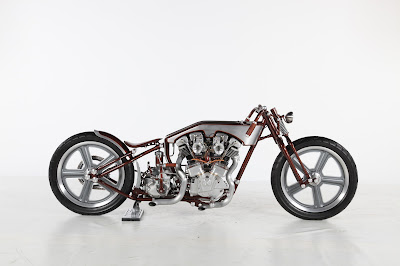 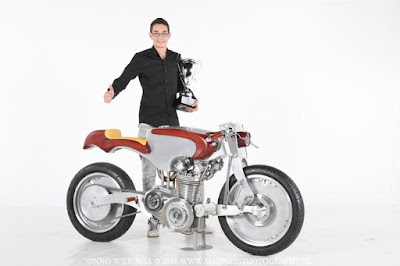 Altogether 42 bikes competed in the Freestyle class, with no fewer than 14 different countries featuring in the Top 20, with the equally back story rich TEAM USA’s Larry Moore of Witchita, Kansas, taking fourth overall for his “Kontrolled Kaos”, with North Coast Custom taking fifth for “Alcatraz 521”. 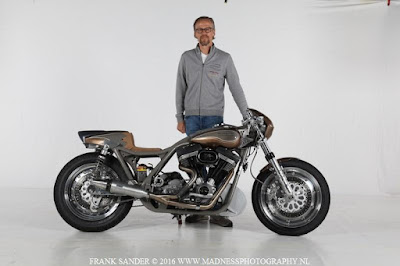 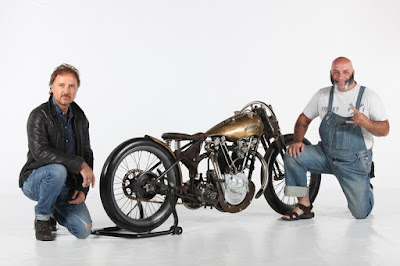 PDF Motociclette of Italy with “Big Kahuna”  Stefano and Frenky

In an extremely high quality field, this year’s Retro Modified class was taken by PDF Motociclette of Italy with “Big Kahuna”, a 1000cc engined 1927 JD 8-valve. 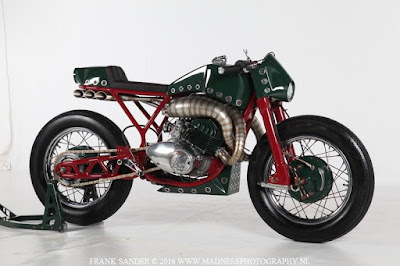 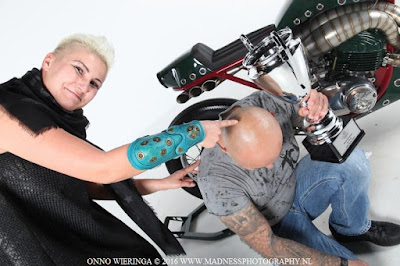 Kharkov's girlfriend got so excited winning the World Championship,
that she 'accidently' hit him on his head with the trophy! 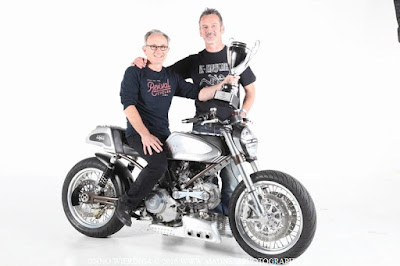 In another success for the small but fast-growing and innovative Irish custom scene, 2013 World Champions Mick O'Shea and Don Cronin (Medaza Cycles) took the demanding Street Performance class with “Road Fever”, a 1978 Ducati 750. 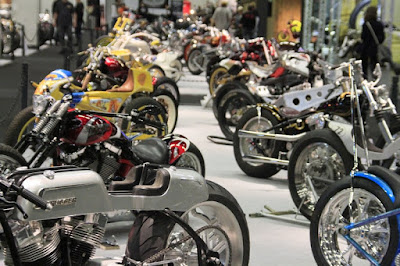 In total, 82 bikes competed at the AMD World Championship this year, entered by 67 competitors from 23 countries in total.
Staged as the lead feature at the first ever ‘INTERMOT Customized’, the show-within-a-show concept created to showcase custom industry excellence, was widely praised by exhibitors and visitors alike as delivering an inspirational and aspirational show environment that is set to champion the professionalism of the international custom market for years to come.

In addition to the AMD World Championship bikes, the 200,000 plus high-mileage riders that visit INTERMOT (some 80 percent plus of whom visited Hall 10) saw presentations of custom excellence from a wide range of exhibitors that included several of the leading OEMs such as Harley-Davidson, BMW, Triumph, Yamaha and Kawasaki; Ural from Russia and German V-8 specialist Boss Hoss.

The 13th AMD World Championship will be staged at INTERMOT Customized at the Cologne Exhibition Center (Koelnmesse) in October 2018.