As expected, the 2016 Sturgis Motorcycle Rally was not nearly as large as the 75th anniversary in 2015.  With all data now in, the official estimated attendance was 448,000.
The official attendance estimate for the 75th Rally was 739,000. 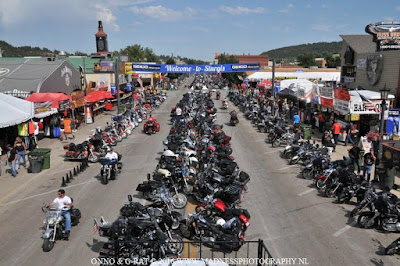 The attendance number is calculated based on several data points including tons of garbage hauled within the City, Department of Transportation vehicles counts, Mount Rushmore traffic counts, SD Sales tax collections, Sanitation fees collected and Main Street photo counts.  All of these numbers were down from 2015 and many were also equal to or slightly down from the 2014 Rally.

Despite the lower number of attendees, the 2016 Rally saw growth in a number of areas.  For the first time ever, nearly all major motorcycle manufacturers were represented, with many unveiling their newest products and offering demo rides to the public.  The Rally continues to attract a growing number of international attendees with many foreign film crews spending the week recording footage for documentaries as well as independent films that will reach an even greater audience. Those in attendance also enjoyed the ability to travel to various Rally venues using traffic routes originally set up for the large crowds in 2015. 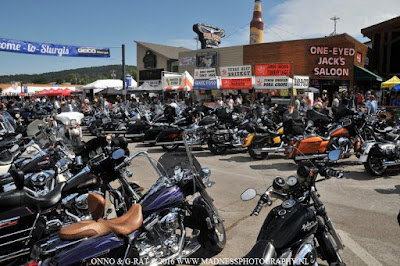 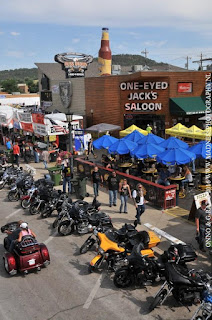 Those attending the 76th Rally reported having a great experience.  When asked why they were here, Brittania Day responded "Because there is no place like the Black Hills. The beauty of the area is like no other place I've ever seen. Not to mention the welcoming environment, the locals are more often than not very friendly and helpful. After multiple years of attending and getting married at (in 2008) the Rally my husband and I have decided that sometime in the near future we would love to move here. Sturgis and the rest of the Black Hills is one of my all-time favorite places to be."  Kurt Schmidt responded "Every hard surface in the hills was covered with bikes. Loved every second of them. We rode about 250 miles a day out there for 4 to 5 days. There's no place on earth as great as the black hills." 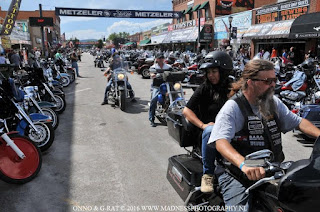 Social media continues to play a major role in publicizing the Rally and the entire region as a tourist destination.  From July 22 until August 18, the Sturgis Rally Facebook page reached 2,951,000 people and Twitter reached 432,000 people.  These numbers surpassed the social media activity in 2015.  SturgisMotorcycleRally.com had 1.1 million visitors during the past year. The ability to showcase the Black Hills to the world has been a driving factor in the promotion of the Rally as well as South Dakota in general as a year around travel destination.

Moving forward, City staff and the Sturgis City Council are already working hard on the 2017 Rally.   Those arriving in 2017 will enjoy new entertainment, larger bike shows, charity rides and more.  Also new in 2017 will be the opportunity to enjoy a beautiful new Sturgis Main Street.
Posted by Onno "Berserk" Wieringa www.madnessphotography.nl at 06:21