Buffalo Chip, SD (July 12, 2016) – Motorcycle lovers and gear heads looking for a display of flashy chrome, crazy customization, slick tricks and old-school horsepower will want to catch all of the bike shows and stunt exhibitions at the Buffalo Chip’s free-access CrossRoads in 2016. Incredible stunts, beautiful custom bikes, bikini-clad babes, an inspiring documentary, live music and some of the rally’s best shopping, eats and drinks will all be found at the CrossRoads this year. 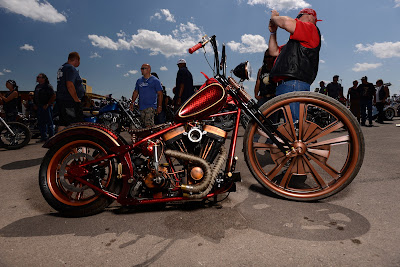 Five days of motorcycle shows to make bikers drool and voyeurs dream will be hosted at the Buffalo Chip Saturday, Aug. 6 -Thursday, Aug. 11. The shows, all slated to feature various makes, models and customs, will attract some of the most radical and eye-popping machines at the rally. In addition, Clint Ewing will bring his stunt stylings, drifting and shifting up some adrenaline-pumping action on his fleet of Kawasaki motorcycles Sunday, Aug. 7 – Thursday, Aug. 11. The Seattle Cossacks will again offer some of their death-defying stunts, piling riders high atop their vintage 1948 Harley Davidsons, Tuesday, Aug. 9 – Thursday, Aug. 11. 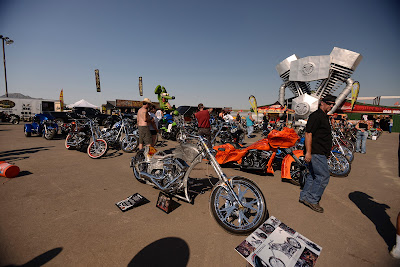 Be inspired by Michelle Carpenter’s feature-length documentary “Klocked: Women with Horsepower” featuring land-speed record holders Laura Klock and her daughters, Karlee and Erica Cobb on Thursday, Aug. 11 at 6 p.m. Admittance is free.
Moto Marketplace
Breakdowns and upgrades are handled in the CrossRoads through a host of services and new products. 55 Cycles Mechanical Services will be at the ready to help with nearly any mechanical issue. Other moto-related vendors located at the CrossRoads include AMSOIL, Metzeler Motorcycle Tires, Just Cuz Chrome Retail Center, Led Sled and Royal T.  Experience the latest wave of motorized retro fun with a demo ride on a Motoped.Or Catch the Drift Trikes for a spin around the track in the “Trike Daddy Derby.” 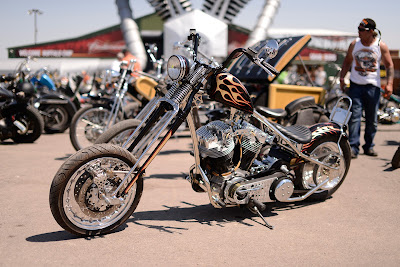 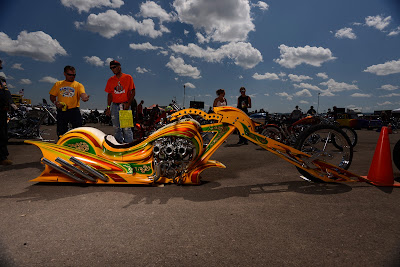