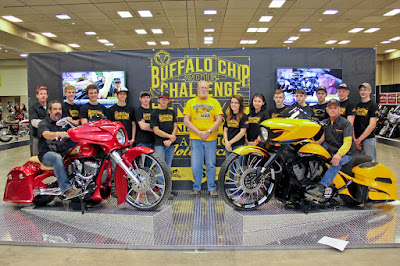 The 2016 Buffalo Chip Challenge participants had the opportunity to fully customize a 2016 Victory Cross Country and a 2015 Indian Chief Classic under the instruction of some of the industry’s most celebrated customizers. Randy Cramer of Dakota V-Twin and Chris Malo of Baggster provided hands-on instruction to students from start to finish to create signature builds that fit the style of their teams' esteemed captains. Renowned builders Rusty Jones of Rusty Jones Customs and John Shope of Dirty Bird Concepts served as team captains and provided a great deal of influence on the look and style of each bike, with their extensive lines of
custom body parts and components. 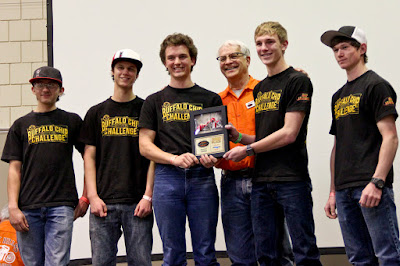 “The students are the big winners in the Buffalo Chip Challenge program,” says Rod Woodruff, president of the Sturgis Buffalo Chip. “They’ve spent countless hours after school and on weekends learning from the pros to build these magnificent bikes. I couldn’t be more proud to see them succeed and win such well-deserved awards.” 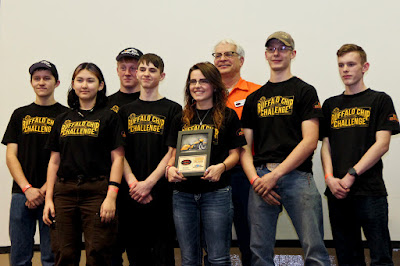 The two award-winning custom motorcycles will be auctioned in support of the Buffalo Chip’s signature Legends Ride® charity event on Deadwood’s Main Street on Monday, Aug. 8. 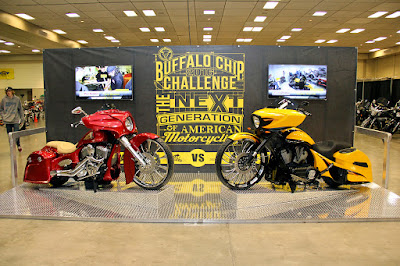 ###
About the 2016 Buffalo Chip Challenge™
The Sturgis Buffalo Chip® continues its commitment to education and the growth of South Dakota’s motorcycle industry with its sixth annual Buffalo Chip Challenge. The program utilizes award-winning veteran custom builders Keith Terry, Randy Cramer and Chris Malo to serve as instructors and mentors to students customizing two stock motorcycles. The goal is to develop students’ skills and knowledge in a real-world experience they can use after graduation. Throughout the years, the custom creations produced in the Buffalo Chip Challenge have received much acclaim at prestigious motorcycle competitions, including winning multiple first place trophies at the Donnie Smith Bike Show.

About The Sturgis Buffalo Chip
The Sturgis Buffalo Chip® is the Largest Music Festival in Motorcycling®. It is the world’s first and leading entertainment destination for the motorcycle enthusiast. Established in 1981, the venue’s high-profile festival, known as The Best Party Anywhere™, remains one of the world’s most televised and longest running independent music festivals. Guests from all 50 states and 22 countries have the freedom to party and play while experiencing world-class concerts, outrageous events, moving freedom celebrations, thrilling powersports and more. Located three miles east of Sturgis, SD on 600 creek-fed acres, it offers eight stages of entertainment, a swimming hole, bars, mouth-watering food, showers, cabins, RVs, camping and more to visitors traveling from all corners of the world. The Chip's concerts are free with camping. More details are available at www.buffalochip.com.