Roland Sands Design is inviting riders ready for handlebar-to-handlebar flat trackracing to join them in a series of SuperHooligan events across the U.S. Team RSD will race custom SuperHooliganIndian® Scout® Sixty racers that made their debut atthe “Superprestigio of the Americas” in Las Vegas last year:https://youtu.be/FsXSXPCjPsA 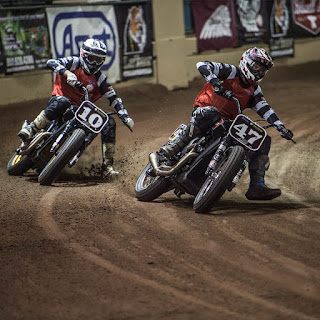 Look for the RSD SuperHooligan Indian Scout Sixty race bikes Feb. 12-14 at The One Show in Portland, Ore., Feb. 19-21at Mama Tried in Milwaukee, Wis., March 8 during Bike Week in Daytona, Fla., March 19 at IV Flat Track Del Mar in Del Mar, Calif., and April 8 at the Hand Built Show in Austin, TX. 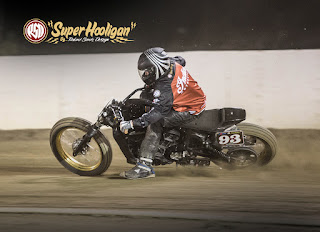 “We had a gas racing the Scout Super Hooligans in Las Vegas, so we really wanted to hit the road and do some more, similar events with riders from around the country,” said Roland Sands. “At the same time, Indian Motorcycle said it was excited about putting the Scouts on the
track, so it was a natural fit to help promote these Hooligan events where we could ride!”

The spirit of hooligan racing comes from a simpler time, when you raced – and could ride home on – any bike you owned. With its roots in Southern California motorcycle culture, today’s flat track hooligan racing category is rapidly gaining in popularity with riders of all ages and experience levels across the nation by offering the fun of motorcycle competition in a less structured environment. Combining the craft of custom motorcycles and racing the SuperHooligan rules are loose and limit the bikes to 750CC and up twins in stock frames with dirt track tires and no front brakes. 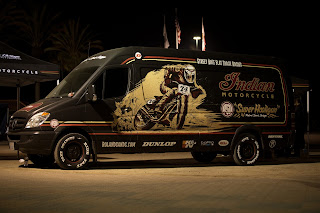