First Day at the CUSTOMBIKE 2015 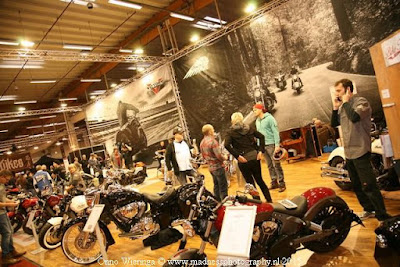 What is the state of the scene in Europe's biggest market? Buzzing! This year running in its 11th year, the Custombike at Bad Salzuflen has certainly changed over the last decade, but the number of visitors has remained high as ever – and even thought some of the big names in german customizing are taking breaks or concentrate on their own events. 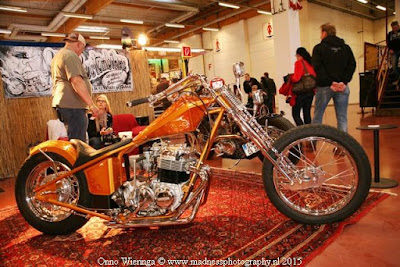 And the list of exhibitors was as diversified as never before, since the Café Racer / Roadster / Tracker "wave" is hitting the German roads big time too: Exhibitors now include previously unseen top brands as BMW, Ducati, Yamaha, MV-Agusta and...Horex! Is CUSTOMBIKE into an x-mas Intermot? Certainly not! 250 custombikes of all styles on display grant that the event is still close to its roots: The private builders that create stunning garage-built motorcycles at
home. 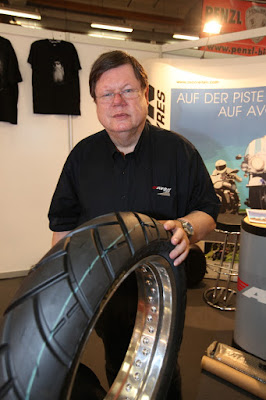 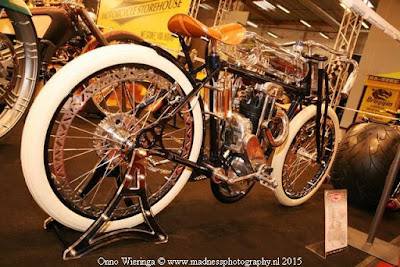 In the Bikeshow we saw some Dutch creativty,
like 'Breakable' by Piet Smits 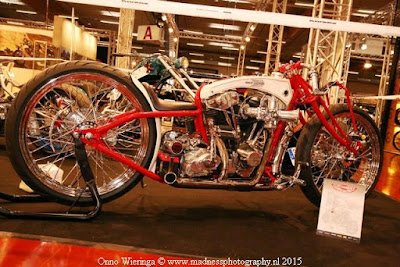 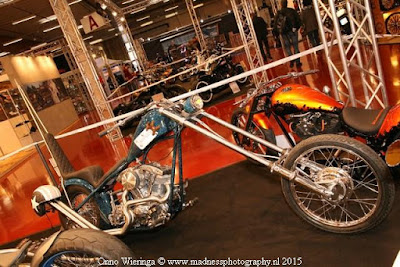 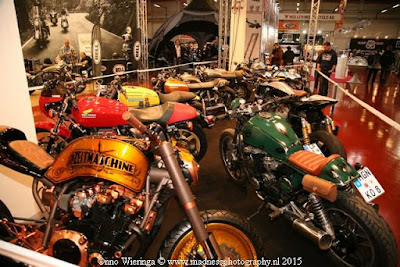 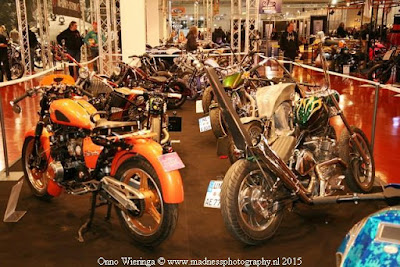 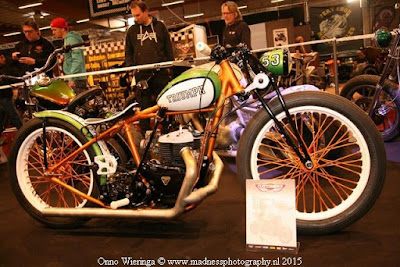 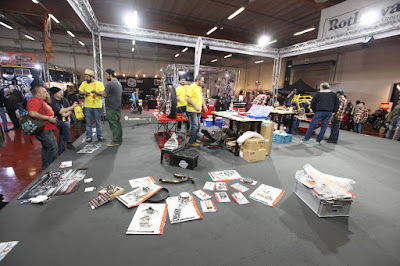 Friday at 2 pm, the "Build-Off" stage started the battle between Juri Shif of Belorussia and Germany's Fabian Mueller, son of Werner Mueller! Two very extreme motorcycles are prepared in this years showdown that will conclude sunday afternoon! 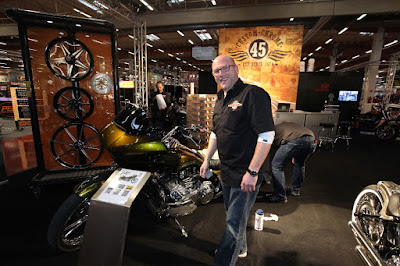 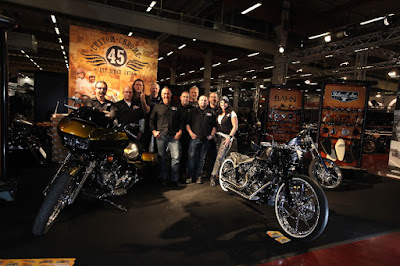 For Custom Chrome Europe, the CUSTOMBIKE is one of the main events of the year,
having numerous international dealers visiting. 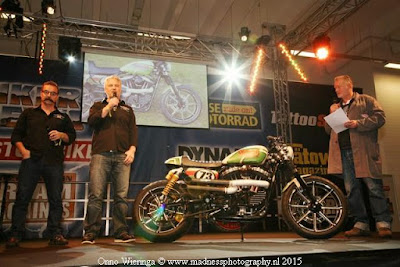 During CUSTOMBIKE, the 2015 "Bolt On and Ride" bikes are highlighted
and the builders honored for their work live on stage. 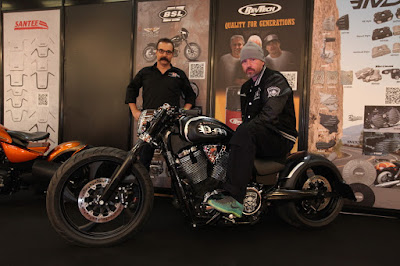 Swiss Victory Specialist  Patrick Meyer is displaying his bikes at the CCE booth.
His parts are now distributed by CCE too! 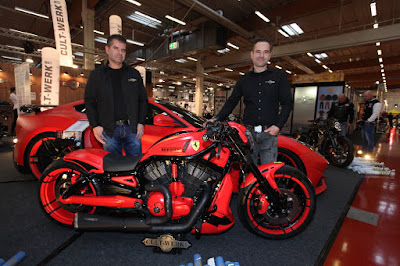 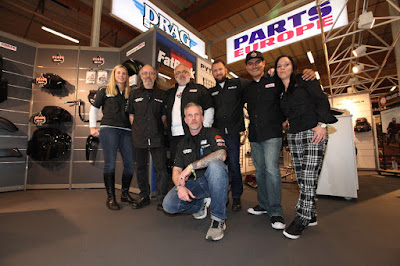 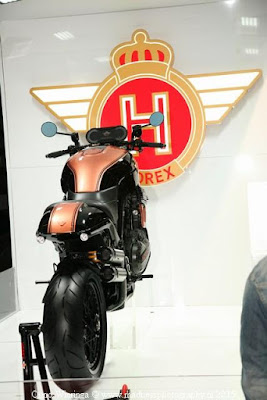 Back in style? Will the "Horex" 6-cylinder finally
make it into full scale production...?! 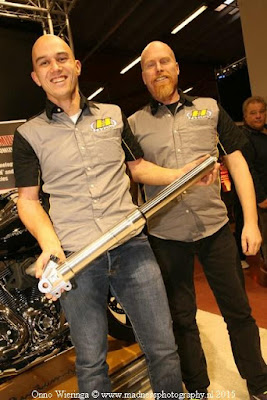 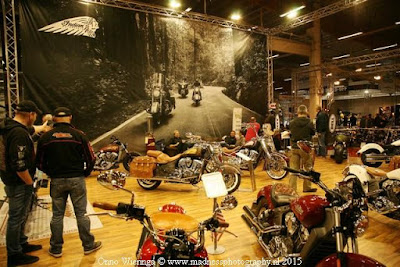 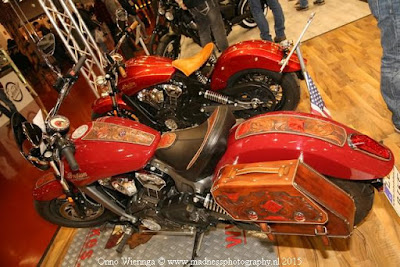 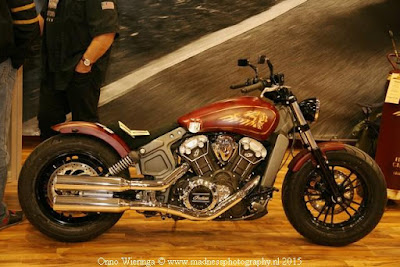 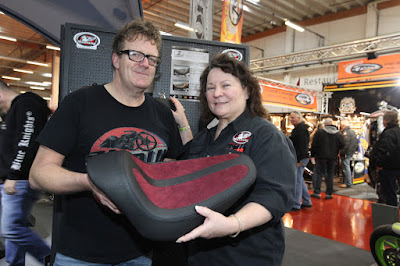 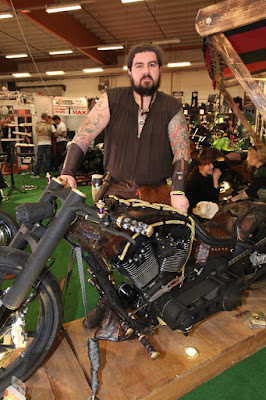 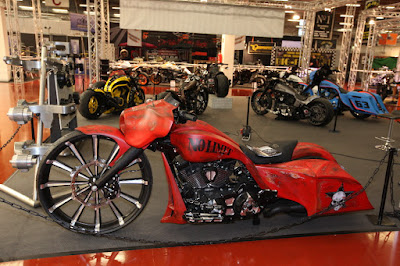 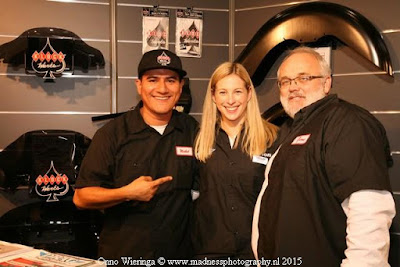 First time at CUSTOMBIKE, Klockwerks is introducing their products via Drag Specialties. 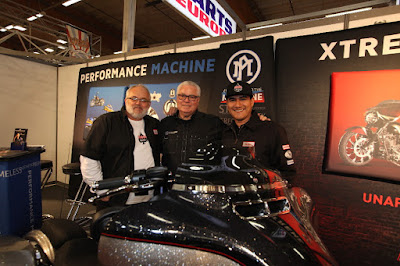 Ted Sands (middle) was touring his distributors between EICMA and CUSTOMBIKE
and also presented his brands at Drag. 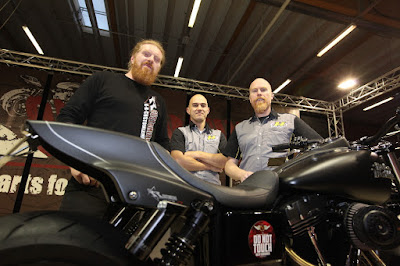 Thomas "Rosti" Voll is again going "full throttle": This time on H-D's Dyna models.
The Buell and V-Rod specialist is introducing his latest creation
and is importing Hyperpro to Germany! 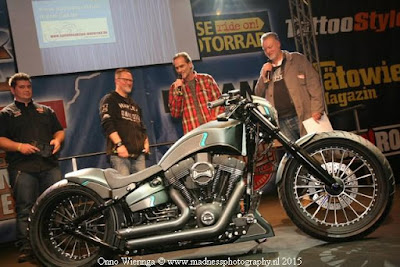 For the 3rd year in a row, Thunderbike, Harley-Davidson and Bertl's H-D of Bamberg
team up for charity! The cause for a children's hospital has already
created 180.000 Euros in that period! Congratulations! 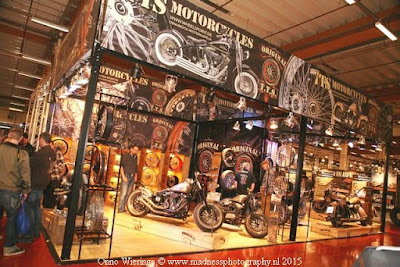