Out of the 80+ bikes in the Bikeshow another five bikes were picked,
they are the ‘Runners-Up’ and received their well deserved trophies. 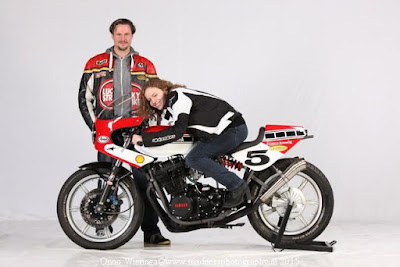 The Yamaha racer replica, built by Maarten Poodt. Maarten is known for building bikes that look like they are ‘Factory-Made’, but most of the parts are handmade. Such is the case with this bike, a special 3-cylinder fourstroke Yamaha. From the frame up, everything was handcrafted by Maarten and the paintjob and stickers remind us of of Yamaha’s racing years in the 80’ties. 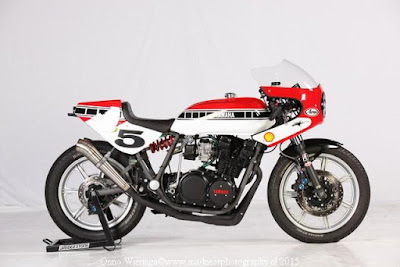 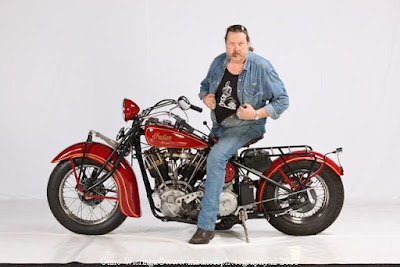 The Anzani – Indian 1880cc 1925 Pace Bike, Tony “Indian” Leenes brought to the Bigtwin Show. Indian wheels and gas tank, the rest, such as the frame, front forks and exhaust are all handmade. Bikes like these were used to ‘set the pace’ for bicycle racers on the oval tracks. The Anzani engine comes from Italy, where Anzani used to produce aircraft engines. A piece of history (the bike, that is… let’s not talk about Tony…) and with such an incredible engine and
so many special parts, the judges of the Bigtwin Bikeshow decided it to be a Runner-Up! 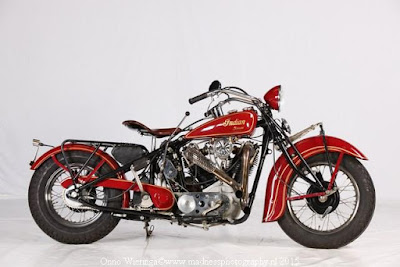 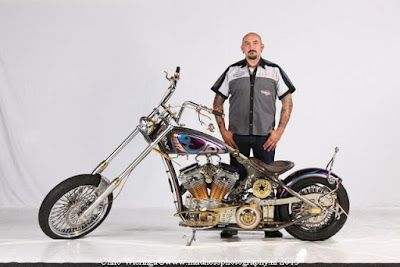 All the way from Poland, this completely ‘Over the Top’ custom bike by Boguslaw, Motorcycles Performance MalyHD. Maybe not everybody’s style, but with almost all the bits and parts made by hand in their workshop in Poland, it’s defenitly an eye-catcher. A radical opposite to all the brat style and rat style bikes! 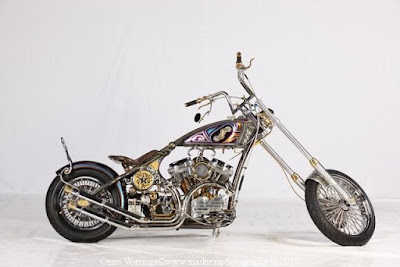 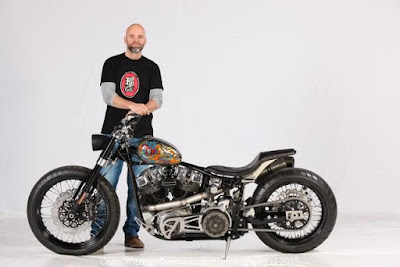 RNO’s Shovelhead, a bizarre mix and match of old school and racing parts. RNO made most of the parts himself and this H-D Shovelhead has style elements from every imaginable style, from the small chopper tank to the bare aluminum oil tank that looks at home on a race bike. 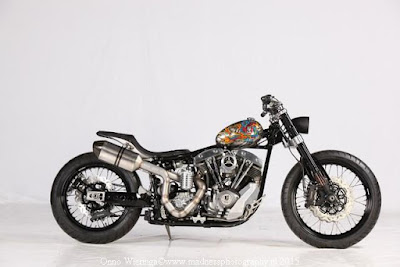 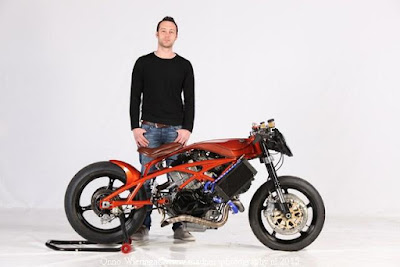 Jan Vanelslande created a bike that grabs your attention, it’s a bike you keep staring at. Homemade chromemoly frame and  gas tank with flowing, smooth Lines with an unusual Honda Firestorm engine are the base of his custom bike. The Aprillia RSV Mille front forks fit well, the old style leather seat too. 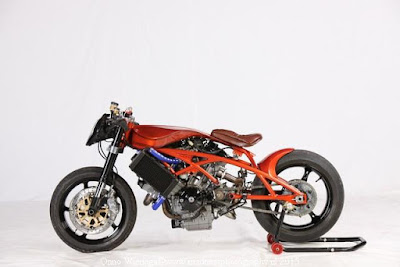