Out of the 80+ bikes in the Bigtwin Bikeshow 2015 , Autotron Rosmalen The Netherlands, companies could pick their favourite bikes and reward them with special Awards and Prizes. 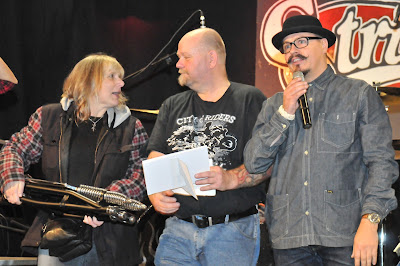 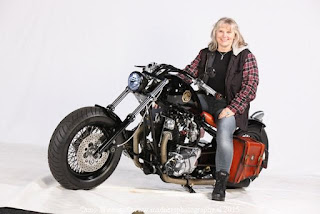 Marga on her Yamaha XS650 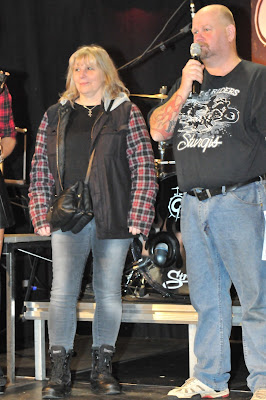 Her bike, a Yamaha XS 650 in bobber style, still has the OEM front end and it will look a lot better with the Kruyswater forks! The Yamaha is built by her husband Ger Voetman, who loves to work on the XS-models as a hobby and nicknamed themselves GM Choppers. 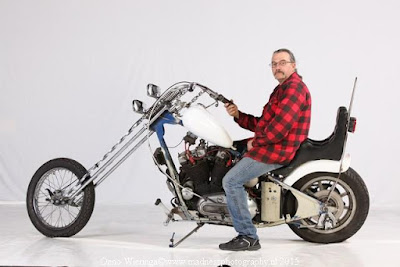 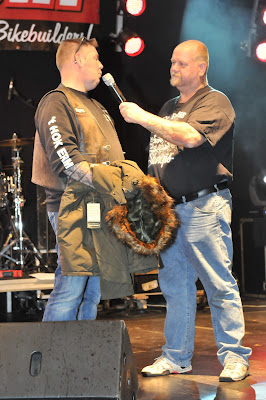 JL Promotions had 3 Jesse James jackets to give away. The first to answer the question asked on stage; “Which edition of the Bigtwin Bikeshow & Expo is this?”was given a Jesse James
jacket, and that was one of the Bikeshow Competitors, Harry de Vreede,
who correctly anwered: ”The 24th!”. 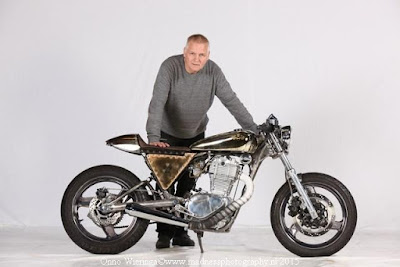 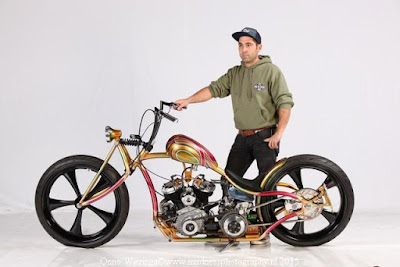 The two other Lucky ones were Gerrit Aanstoot with his Savage with amazing, self done paint job and the WL based psychedelic looking bike by Kristof Daenekind. 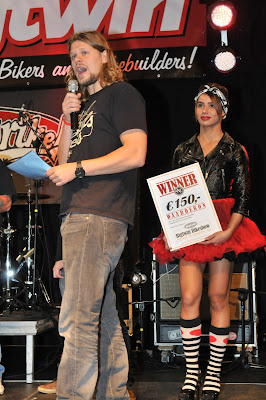 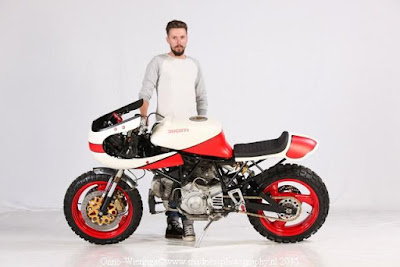 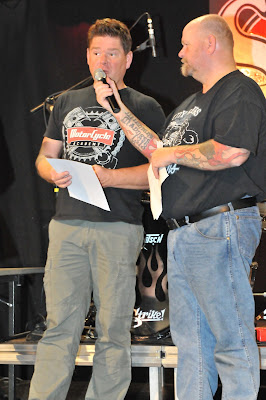 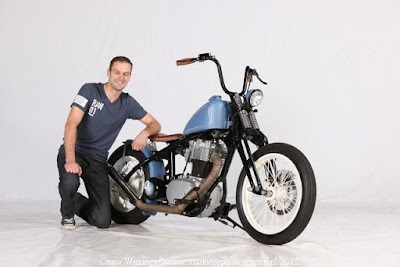 The worst wiring! You’ve seen it many times, a nicely built custom bike with wiring that looks like somebody through a pan of spaghetti over it, with ugly looking wires averywhere… Well, this time it was not that bad, but still Motorcycle Academy’s Peter Barsselaar gave away a training course Bike Wiring to competitor # 189, Anita de Graaf’s bike. 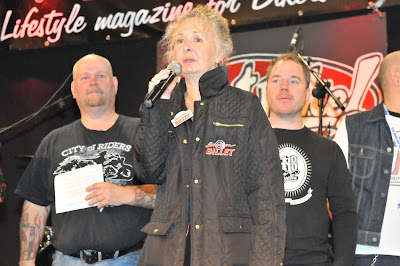 Janine, Harrison Billet, donated a 500,- cheque
to Piet Smits with his 'Breakable' Boardtracker 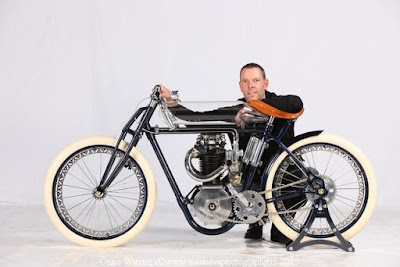 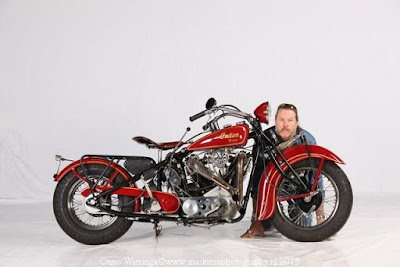 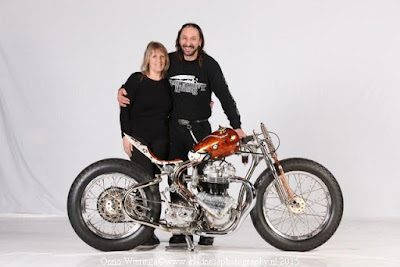 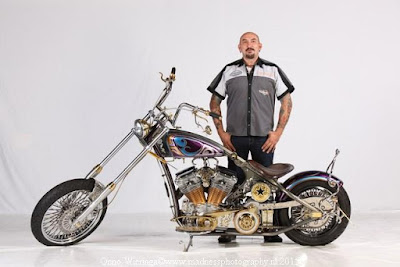 And three more jackets and well fillled goodiebag were given away by Custom Chrome Europe. Lothar gave the CCE jackets to bikeshow competitors # 251, the Anzani / Indian Tony Leenes brought to the show, # 224 Best of Show Winner Destiny Cycles and # 243, Boguslaw from Poland.