It's showtime: The Essen Motor Show, Europe's leading fair for performance
vehicles, will present unadulterated automobile enthusiasm from November 28 to
December 6 (November 27: Preview Day). At Messe Essen, over 500 exhibitors
will display performance series vehicles, tuning, motorsports, classic cars and
motorcycles. Leading automobile manufacturers such as Skoda, Peugeot and Ford
as well as Citroën Racing, DS Automobiles Motorsport and Lexus Racing will rub
shoulders with their fans at the fair. Moreover, the Mercedes Fan World will once
again be represented with a large booth. The tyre sector will step on the
accelerator with Continental, Hankook and Toyo. 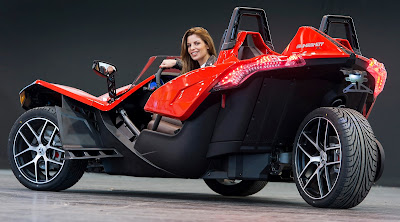 The wheel rims will never sparkle more beautifully: Premium manufacturers such
as BBS, Borbet, Brock, Ronal and Vossen Wheels will present wheels for every
taste on their booths. Appropriate chassis solutions will be shown, amongst others,

by H&R, Koni, KW automotive and ThyssenKrupp Bilstein. In addition, important
associations will participate in the fair: As the ideal sponsor of the Essen Motor
Show, ADAC ("General German Automobile Club") will provide information
about its commitment to motorsport and its racing series with vehicles and drivers.
On the first day of the fair, Verband der Automobil Tuner ("Association of
Automobile Tuners") and the Tune It! Safe! initiative will also unveil the new
campaign vehicle of the initiative - traditionally, a tuned police car.

Apart from the appearances of the manufacturers and the associations, two things
will count for the fans of the Essen Motor Show: action and passion. The hot spots
on the fair site will include the DMAX Motorsport Arena in Hall 7 in which racing
series and drifters will present themselves - including a drift taxi for brave fans. The
tuningXperience which will occupy not only Hall 12 but also Hall 8 this year will
supply material for tuning dreams. Around 150 private tuning vehicles will unite

nearly all the varieties from the daily driver to the high-end show car. The special
show will be unique in Europe and one of the highlights of the year for the scene.
There will also be custom cars as well as other special exhibitions about hot rods in
the Galeria and, for the first time, about US cars in Hall 4.

Automobile designers and manufacturers, including Giugiaro Italdesign, IED and
Zagato, will show their ability within the framework of their own exhibition. The
spectrum of the around ten vehicles will extend from the one-off sports car to the
study. Next door, the visitors will breathe motorsport history: A special show
about 65 years of the World Formula 1 Championship will present well-known
racing cars from the past decades in hall 3. When Graham Hill raced to the title in
1962, another Briton saved the world for the first time - at least in the cinema.
James Bond starred in Dr. No at that time and, on the occasion of the start of the
new blockbuster film with Daniel Craig, the Essen Motor Show will display several
vehicles which fans will know from the James Bond films in halls 10/11.

In 1995, Her Majesty's secret agent drove a BMW for the first time and thus caused
a sensation - because the producers had indeed preferred British vehicles above all.
In the Classic & Prestige Salon in Hall 1, the visitors to the fair will experience that
Bavarian sports cars are an absolute match for their counterparts from the island.
There, the organiser S.I.H.A. will present a special show about "100 Years of BMW
History and Motorsport". Traditionally, the manufacturer's portfolio also includes
motorcycles - one main focal point at the Essen Motor Show, too. The highlights
awaiting the two-wheeler fans will include the Harley Davidson Würzburg Village,
the Streetlights dealer for scooter tuning and spare parts as well as the VTO
manufacturer. In addition, the Speed Bike Show will display modified bikes at, in
part, breathtaking speeds.

Motorsport Sector Convenes and Celebrates the Conclusion to the Season

The motorsport sector will mark the conclusion to the season in Essen. Apart from
the appearances of the manufacturers and the racing series, the fair will be
characterised by motorsport, above all on the Preview Day on November 27. On
the occasion of the Sponsors Motorsport Summit, the organisers are expecting
several celebrity speakers who will explain the latest trends and developments all
around the racetrack. The Race Night in the course of which Axel Springer Auto

Verlag will honour the racing driver and sports car of the year will form the
crowning conclusion to the Preview Day. Moreover, a large number of active and
former racing drivers will visit the Essen Motor Show throughout the period of the
fair for events and autograph sessions.