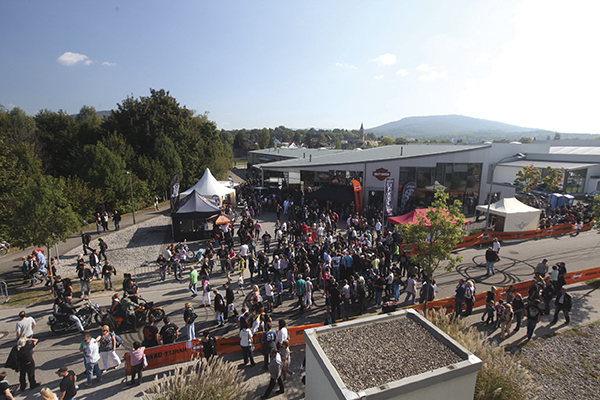 Owner Patrick Knoerzer is celebrating 21 years since he started his own business making custom wheels. In that time his product line reflected the changes in the industry, taking in fat rear ends, single-sided swingarms, frames, wheels and a custom bike build program that eventually got Harley-Davidson's attention with an invitation to become his region's authorized dealer.
RICK'S Day is to become Rick's Harley Days, as the 11th edition of the annual open day at the German dealership changes its name.

As Rick’s Motorcycles celebrates its 21st anniversary with the now three-day event from October 2nd – 4th, 2015, the shop will be offering among other things demo rides on the new 2016 H-D models, a stunt show by Buell riding Erdös Csabas, fashion shows and tours of the company’s custom parts manufacturing facility.