John Parham to be Inducted into AMA Motorcycle Hall of Fame

John Parham to be Inducted into AMA Motorcycle Hall of Fame

PICKERINGTON, Ohio—On Oct. 17 in Orlando, the American Motorcyclist Association will welcome the Class of 2015 into the AMA Motorcycle Hall of Fame. Two of those motorcycling greats will be racer Rodney Smith and entrepreneur and patron John Parham. 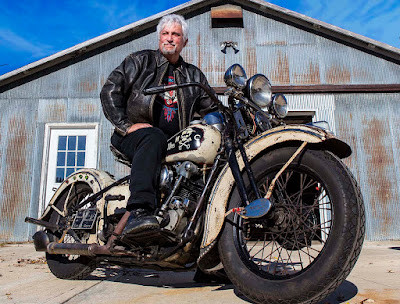 “It’s my pleasure to announce the first two members of the Class of 2015,” said Ken Ford, a member of the AMA and American Motorcycle Heritage Foundation boards of directors. “Rodney Smith was one of the most versatile motorcycle racers of the 1990s, excelling in both motocross and off-road at the highest levels. John Parham created one of the most-successful motorcycle accessory businesses and later became one of the greatest benefactors of motorcycling’s heritage. Their contributions to the world of motorcycling are enduring and substantial.”

John Parham opened his first shop with a partner in 1975 in his hometown of Anamosa, Iowa. Four years later, he branched out with his wife Jill, starting J. Parham Enterprises. This company came to be known as J&P Cycles. By the 1990s, J&P Cycles had grown into one of the largest motorcycle accessory mail order companies in the world. 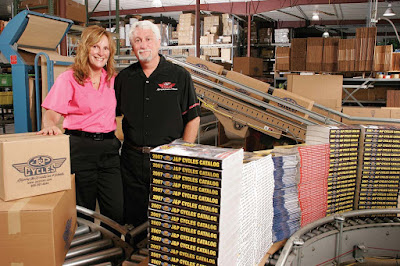 Parham stayed on board to run J&P Cycles after selling it to Motorsports Action Group in 2001. At that time, he also focused additional energy and resources on preserving motorcycling history. In 2001, Parham relocated the National Motorcycle Museum to Anamosa, where it has continued to thrive and grow into one of the world’s foremost motorcycle museums.

The AMA Motorcycle Hall of Fame induction ceremony is open to the public and, for the second consecutive year, takes place in conjunction with the AIMExpo — the fast-growing and impactful event that brings together consumers, dealers, manufacturers, and the world press in one location for global product launches, demo rides, motorcycling seminars, and much more.

Tickets to the 2015 AMA Motorcycle Hall of Fame Induction Ceremony are available now at www.motorcyclemuseum.org. Regular entry is $25 per person. VIP tickets that include an exclusive reception, reserved seating and the AIMExpo show admission are $90 per person.